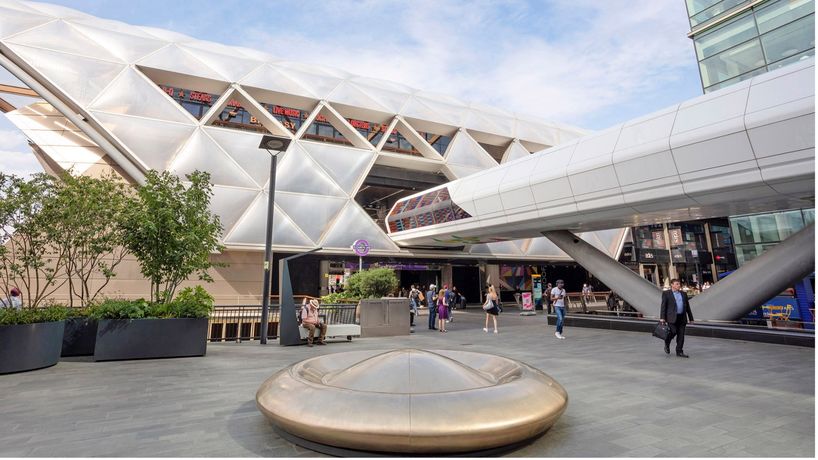 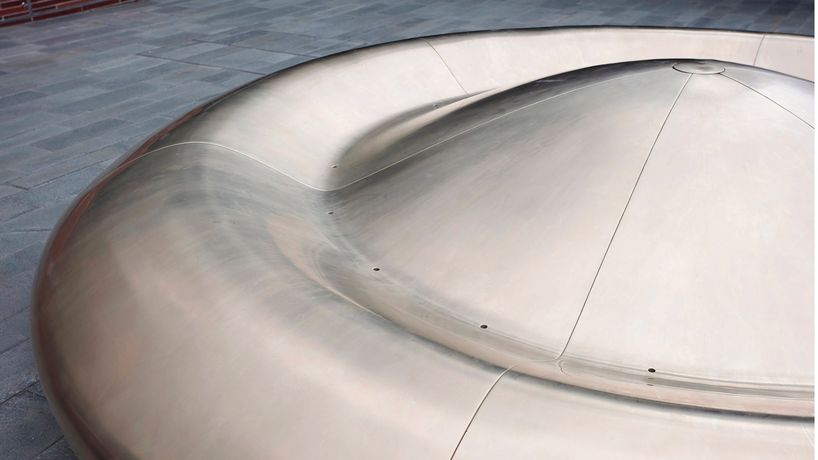 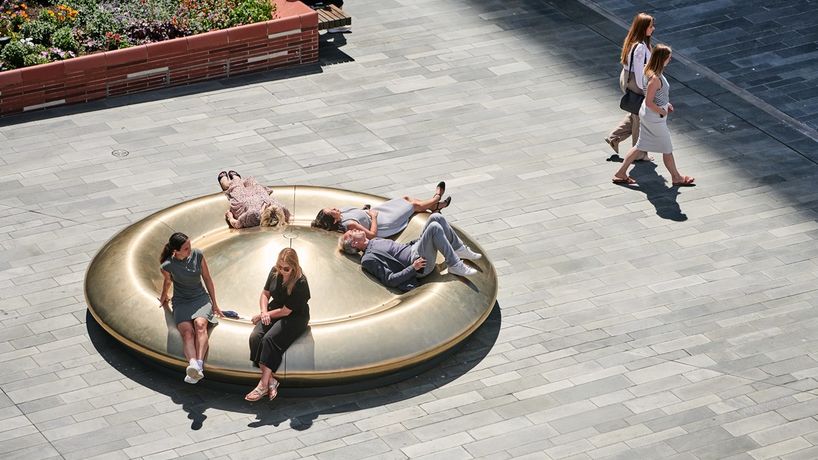 London – Arriving in line with the opening of Crossrail Place, the new Elizabeth Line terminal in London's Canary Wharf, the Skystation sculpture is designed to foster conversation and reflection. Originally created by artist Peter Newman in 2019, its arrival in Canary Wharf reflects the area’s aims to encourage more people to pause and create connections.

Taking inspiration from the iconic LC4 chaise longue chair, the sculpture offers a 360-degree take on singular seats – encouraging members of the public to recline and look up at the sky. It also has the incidental effect of bringing people’s heads close together, in turn facilitating conversation and shared contemplation. Here, the public installation sets an example for future placemaking projects that hope to promote similar behaviour.

‘Skystation creates an opportunity for pause, reflection and interaction within the public realm,’ Peter Newman tells LS:N Global. ‘An object to be both observed and used, it has the incidental effect of making conversation between strangers almost inevitable.’ To discover more insights about the future of urban spaces, delve into Equilibrium Cities.

With many citizens left with lingering feelings of loneliness as a result of the pandemic, consider how your brand might work to facilitate organic and safe connections in public environments 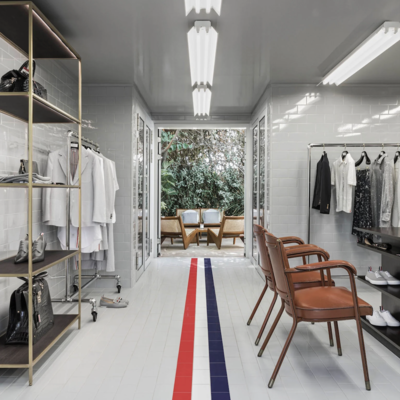 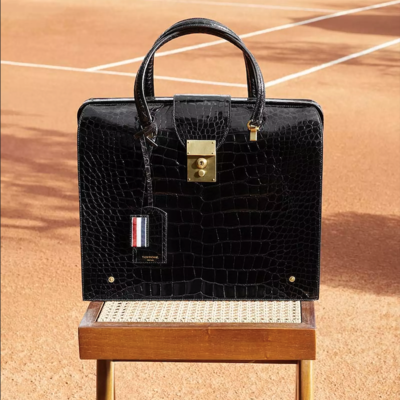 France – Catering for a growing global generation of Sportive Affluents, luxury fashion and formalwear brand Thom Browne is bouncing into St Tropez with a tennis-focused boutique – boasting an added layer of exclusivity

Aligning with luxury’s growing focus on small-scale, hyper-local boutiques, the 500-square-feet shop offers ready-to-wear pieces and accessories from the brand, alongside a private seating area for shoppers. A dedicated tennis-inspired clothing collection will be launched soon featuring the EPI logo and will continue to be developed with new iterations every season.

The brand’s choice to open the store within an exclusive hospitality and wellbeing destination reflects the rise of Gated Retail, in which luxury brands are opening private boutiques for top-spending customers.

Analyse which sports or wellbeing activities best align with your brand values. How might you integrate a wellbeing offer into products, services or alternative customer experiences?

Australia – Recognising the changing priorities of many prospective employees, the multinational food company is offering interviewees the option to bring their loved ones into the interview process.

The initiative arrives following a national survey by Mars Wrigley, which reveals that almost half of Australians (47%) have declined a job offer, moved roles or left a job because it didn’t complement their family life and dynamic.

Its Loved One Interview concept will take place via video calls and will allow both candidates and their loved ones to ask questions to assess how well the company will fit into their lifestyles. Katy Halliwell, P&O Director at Mars Wrigley, says: ‘We want to provide employment opportunities that are fulfilling, yet flexible and aligned with the personal lives of each of our Associates – by opening up the interview process to loved ones we’re ensuring candidates have all the information they need when embarking on the next chapter of their career and life.’

In this way, the organisation provides a practical example of how a positive internal culture can foster business success. 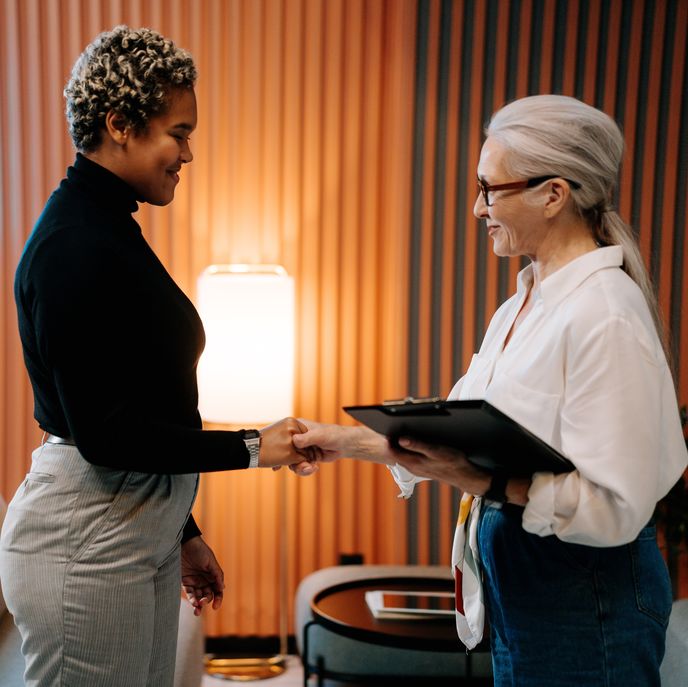 Personal relationships and commitments will look different to all employees. How might you make reasonable workplace adjustments to ensure that workers’ personal lives aren’t sacrificed?

In the latest Time Out Index of the world’s best cities, a surprise destination has taken the top spot where food and drink are concerned: Medellín, the second-largest city in Colombia.

In a survey of more than 20,000 city-dwellers across the world, about 97% of respondents to the Time Out Index cited the South American city as their favourite place for food, including local dishes such as arepas and colourful soups. According to Time Out, respondents also praised Medellín’s nightlife scene, alongside the community spirit they felt while there.

Where dining is concerned, Chicago in North America and Porto, Portugal came joint second place (96%), followed by Lyon in France and São Paulo in Brazil, which were joint third (95%).

As travel continues its steady recovery, many holidaymakers are choosing destinations based on the dining experiences they offer. Elsewhere in the Travel & Hospitality sector, we’ve been tracking the rise of Decadence Hotels, Humanity Hospitality and the evolution of hotel bars.

With people venturing to countries to try local cuisines and discover new ingredients, there are widening opportunities for more authentic food tourism, foraging and cookery experiences led by hospitality brands

Described as an achieve dedicated to dyke, lesbian, Trans, non-binary and gender-non-conforming communities,...

Food & Drink : Design : Media & Entertainment
Load More
You have 2 free News articles remaining. Sign up to LS:N Global to get unlimited access to all articles.
Discover Our Memberships Sign in