A collection of downloadable handbags, San Diego boosts digital infrastructure and boutique rowing is the next fitness craze. 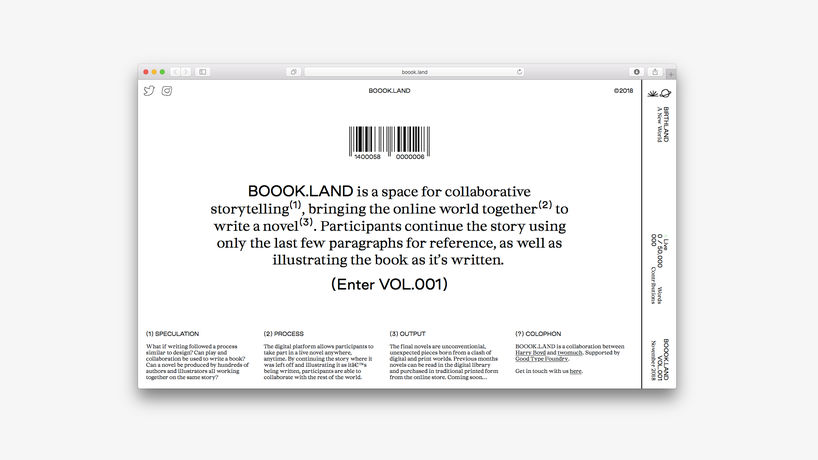 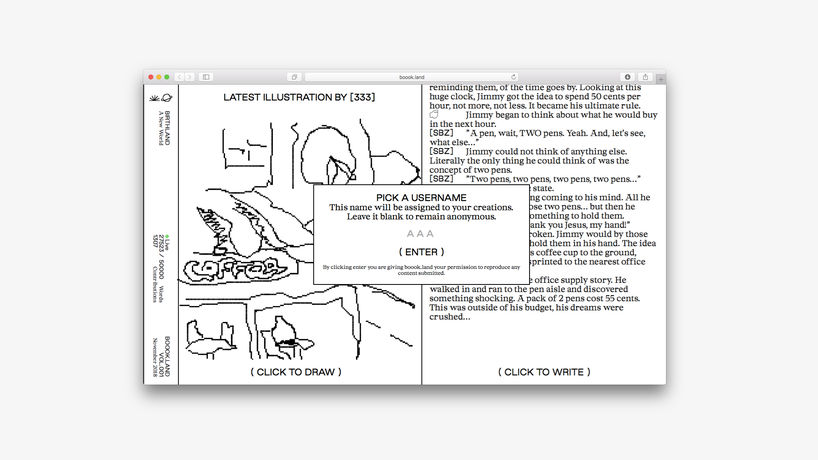 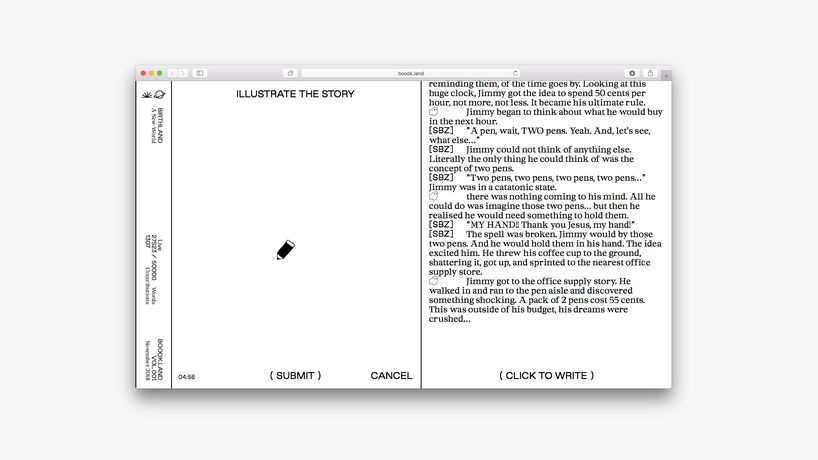 London – The digital platform allows writers and illustrators across the world to completely control the story.

The book, which will be called Birthland, A New World, uses Google Firebase software so that viewers can watch people contributing to the plot in real-time. While the act of writing a novel is often deemed to be an isolating experience, Boook.Land’s collaborative new approach could add an element of fun to the publishing industry.

The visual identity of the platform also references the format of a traditional book. ‘We talked a lot at the beginning about having a strong print and digital crossover aesthetic to reference the heavily-digital, non-traditional way we were creating a traditionally physical object,’ say the project’s creators. To coincide with National Novel Writing month, the 50,000 word story will be completed by the end of November, with no editing, and will be printed as physical and digital editions.

Creatives are questioning how books can be refashioned for a digital era. Last year, Editions at Play released an online publication that could only be read up to 100 times. 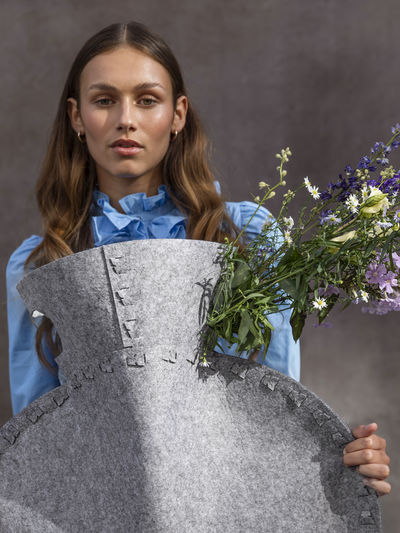 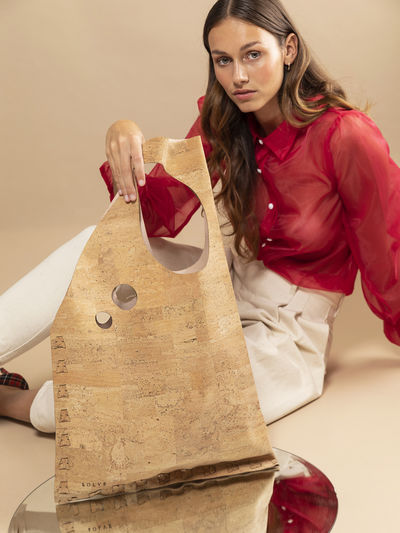 Denmark – Solve, a sustainable fashion brand, has launched a downloadable collection of handbags that consumers can create with pre-owned materials.

The S Bags collection is designed for anyone that has access to a laser cutter, such as those found at Fablab or Makerspace. Laser-cutting costs around £9 ($11, €10) and assembly times range from 10 to 20 minutes, making it a quick and affordable method of production. The digital-first collection includes the Curved S-bag, the Circular S-bag and the Block S-bag. Patterns for each design can be downloaded and made from a range of fabrics, such as cork leather and recycled polyester felt, which are both recommended by the brand.

According to Solve, the downloadable concept blends technology and design to provide consumers with access to quality fashion items, while promoting sustainable practices. Brands are beginning to explore digitising the process of making clothes and accessories. For more, subscribers can read how digital studios like Atacac are driving fashion’s open-source future.

In partnership with Current by GE, the intelligent energy management company, San Diego is building the world’s largest smart city Internet of Things (IoT) platform. The initiative, which includes installing thousands of intelligent CityIQ nodes onto LED streetlights, is expected to save the city an estimated £2.8m ($3.6m, €3.2m) annually in energy and maintenance costs.

CityIQ technology collects real-time data and can be used to develop apps, visualise information and provide insights into the city’s operations. This data can also expand the reach of apps like ShotSpotter, a gunshot detection application that helps first responders by capturing the precise location of gunfire incidents.

By unlocking the potential of data and using it to benefit citizens, San Diego is implementing some of the ideas we explored in our Branded Cities report. 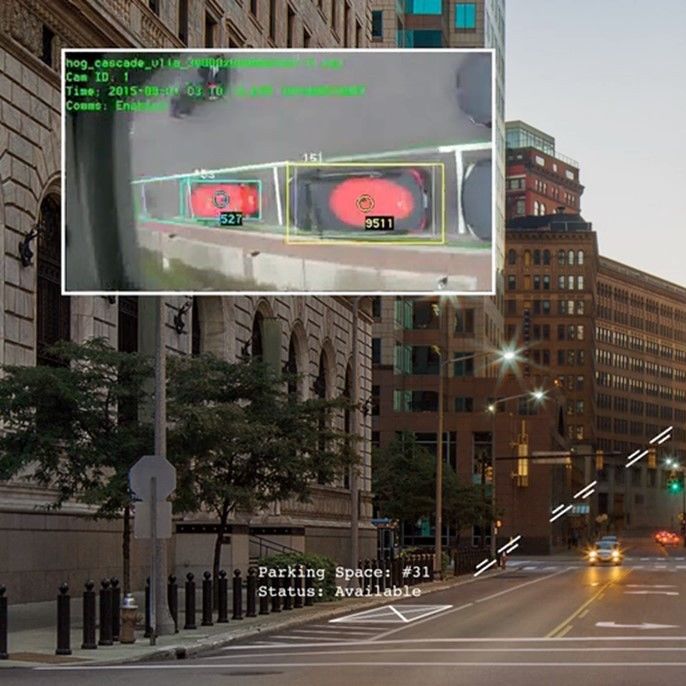 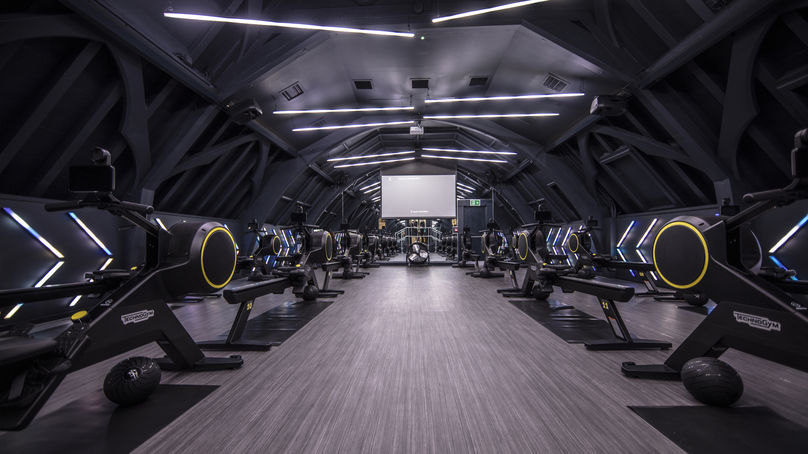 London – Fitness fanatics will soon be able to burn 600 calories an hour at The Engine Room, a boutique rowing and personal training studio.

Unlike spin classes or treadmill workouts, rowing provides a full-body workout that can burn over 300 calories in just 30 minutes, utilising 85% of the body’s muscles, according to the British Rowing governing body. Due to the strenuous nature of rowing, visitors are advised to complete a ROW 101 induction before they participate in any classes, which helps to improve their technique and protect against injuries.

To provide visitors with data-backed results, The Engine Room offers body and fat testing, which they can then track during the course of their fitness journey via the brand’s app.

In contrast to typical gym classes, group rowing offers a more social experience, as individuals work together to row in sync. For more on how fitness classes are changing how we meet, mingle and workout, read our microtrend Social Wellness.

A new survey of US adults conducted by Pew Research Center shows that YouTube is playing a significant role in its users’ consumption habits and decision-making processes. Product reviews and recommendations on the site are increasingly helping visitors to decide whether or not to make purchases.

The findings also highlight YouTube’s role in helping users learn how to do things they have never done before, with 51% turning to the site to learn new things. According to Pew, this works out as 35% of all US adults, once both users and non-users of the site are accounted for. For more on the power of video to influence the buying process, see our Social Commerce market.

Jamal Nxedlana, creative director of Johannesburg-based youth intelligence agency Bubblegum Club, on the importance of dance for the nation’s youth and why they are still fighting battles from another era.

Bubblegum Club is a platform for people on the fringes of society, ‘people who are doing super-interesting things, but the mainstream media is not interested in representing them for various reasons,’ Nxedlana tells LS:N Global.

‘They consume. They consume culture, popular culture. And they participate in it. I would say the biggest interest of young people, especially when it comes to creative expression, is music and dance. Maybe even dance first and then music. Those two are so linked together – at clubs, at home, on the streets. Pretty much everywhere to be honest.’

Nxedlana also explains how today’s teenagers are not so different from the generation before them. ‘They want to be seen. They want to be visible. I think these are things that inherently, as human beings, we want. I think those things were there, even with the older generations. Our parents fought for freedom. And now we’re fighting for economic freedom or we’re fighting to break down structural racism or structural apartheid.’ 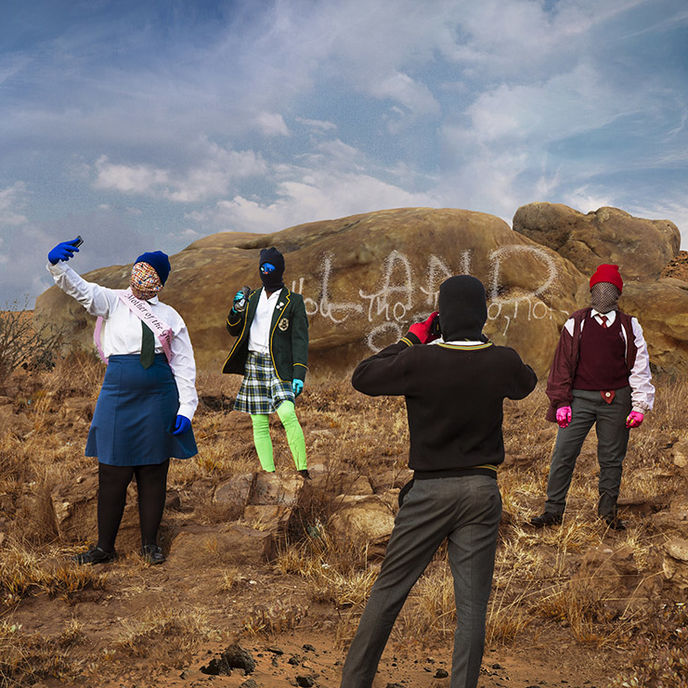