FranklinTill questions consumerism at LDF, the Space Waste Lab imagines the future of materials and a CO2 reducing mineral.

This mineral could remove CO2 from the atmosphere

Thought-starter: Can low-alcohol beer take on the big beer industry? 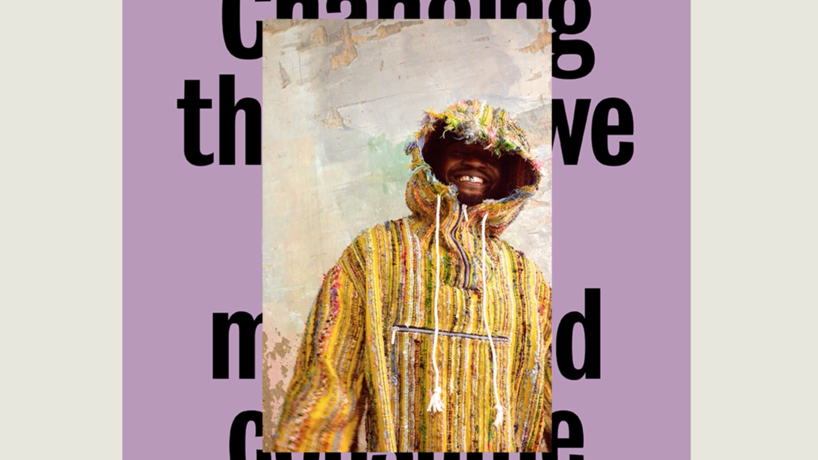 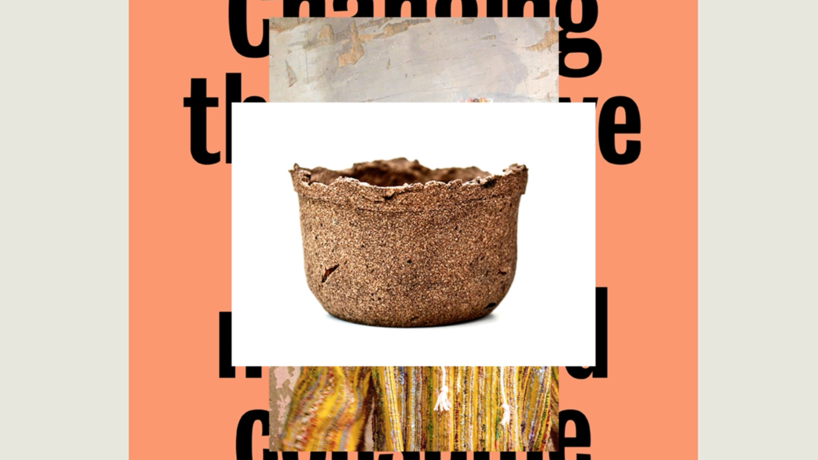 London – For the duration of London Design Festival, futures studio FranklinTill will be exploring the complexities of navigating sustainable design through a series of dynamic talks, exhibitions, workshops and key collaborations.

The Guilt Free Space, a pop-up in the Brompton Design District, aims to appease human’s increasing social and environmental conscience through material and design innovation. Visitors to the space are encouraged to define their own environmental concerns and create activist posters and graphics at an on-site workshop.

Its Brands with Purpose panel discussion on Friday 21 September will decipher how organisations can help consumers to navigate today’s complex sustainable agenda without greenwashing or creating distrust, while fashion designer Bethany Williams will host a workshop allowing guests to collectively weave their own ‘social fabric’ using discarded materials from Hachette UK book publishers.

Tapping into our macrotrend Whole-system Thinking, brands have the power to alter the trajectory of how we design, make and consume products, with The Guilt Free Space guiding visitors towards a more circular approach. 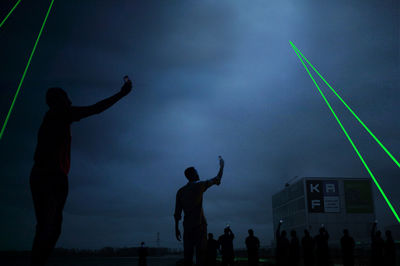 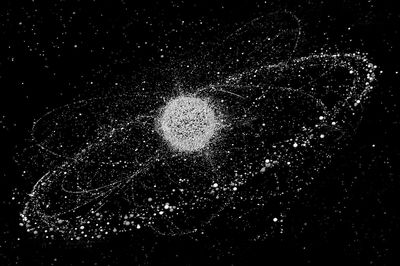 Almere – With almost 30,000 objects larger than 10cm currently floating around the earth, Dutch artist and innovator Daan Roosegaarde has created Space Waste Lab, an exhibition that explores the potential future use of this space flotsam.

Taking place at the Kunstlinie Almere Flevoland, Space Waste Lab will draw on expertise from NASA and the European Space Agency, allowing visitors to explore how to upcycle space waste – often fragments of rockets and satellites – to create sustainable, future-facing products. ‘We need to look at space in a better way. What is space waste, how can we fix it, and what is its potential? Space waste is the smog of our universe,’ Daan Roosegaarde explains.

As explored in our macrotrend The Immortal Brand, humankind is being challenged to plan for its future existence, with exhibitions such as Space Waste Lab providing an educational platform for today’s society.

This mineral could remove CO2 from the atmosphere

Boston – At Goldschmidt 2018, an annual international conference on geochemistry, researchers from Ontario’s Trent University announced a faster way to extract carbon dioxide from the air.

The researchers were working with a natural mineral that stores carbon dioxide as it forms. A tonne of magnesite can sequester approximately a half a tonne of CO2, but when it occurs naturally this process can take hundreds of thousands of years.

Beyond understanding how magnesite is formed, the researchers’ main triumph is their discovery that the process can be sped up. Using polystyrene microspheres as a catalyst, they were able to form magnesite in just 72 days. If magnesite were produced at scale, it offers a route towards more efficient CO2 reductions, since magnesite is produced at room temperature.

Magnesite is just one of many materials that scientists are exploring to help purify the air around us. For more, download our Material Far Futures report. Or if you are an LSN member, you can read it for free. 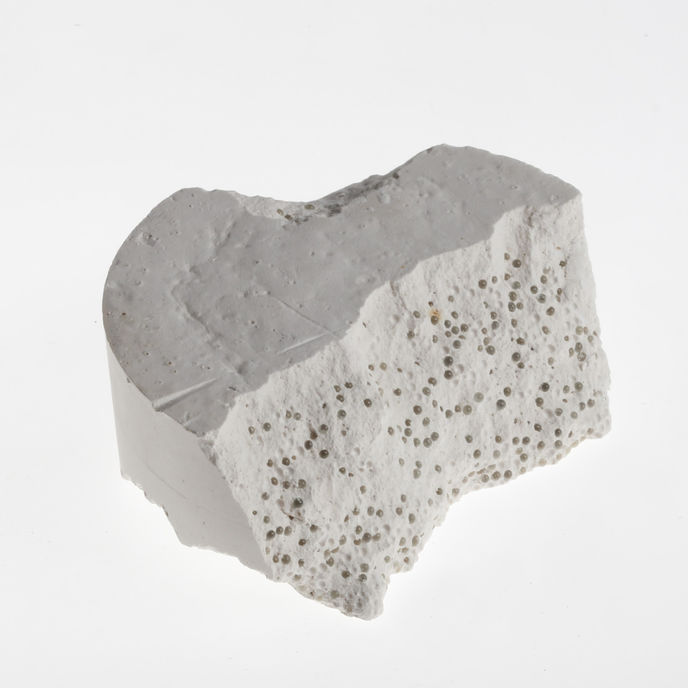 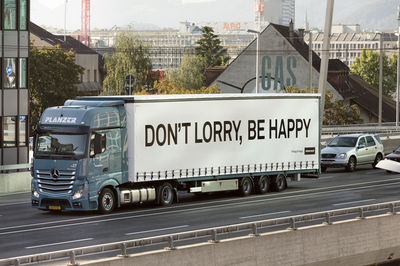 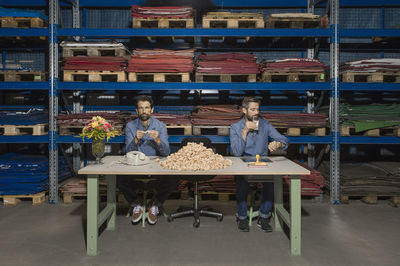 Zurich – Swiss company Freitag, known for its signature tarp bags, is celebrating its 25th anniversary not with limited-edition goods but with a job opening for an Executive Vice Pleasident for Global Happiness.

The position, which is now accepting applications, has been created to fulfil part of Freitag’s manifesto: ‘happiness is cyclical’. The lucky applicant will be tasked with creating campaigns and initiatives that promote positivity and spread joy. They will be given CHF100,000 (£78,996; €88,972) as both a stipend and to implement their plans.

The job is temporary, but the aim is for its impact to be longer term, with initiatives ideally outlasting the candidate. The applicant must ‘[lay] strong foundations so that happy vibes continue to be sent out even without your input,’ reads the job description. ‘That means…turning your efforts into a bona fide movement that people can get behind.’

While it may sound like a gimmick, Freitag has created a whole FAQ page to show they are serious about the position. At a time when happiness a commodity, Freitag showcases how a brand can participate in a Post-growth future.

Technology is becoming an integral part of Chinese consumers’ beauty regimes, with the nation’s beauty device sales rising by 71% in 2017.

The insights, part of Kline Group’sBeauty Devices Global Market Analysis and Opportunities report, found China to be the leading market for beauty technology in 2017, while Japan and South Korea recorded double-digit sales growth.

According to the report, Chinese consumer demand for such devices – an industry known as Black Tech in China – has driven online beauty technology sales to double in just one year, with online accounting for about 60% of total market sales.

For more on the future of technology-driven beauty devices, explore our Algorithmic Beautymacrotrend.

Thought-starter: Can low-alcohol beer take on the big beer industry?

James Grundy, co-founder of Small Beer Brew Co, explains the appeal of small beer and why sustainability is a key tenet of this London-based brewery.

Small beer was as common as bread in the 16th, 17th and 18th centuries, and was drunk as an alternative to water because the water quality was so poor, and the hops going into the small beer acted as a preservative and as an antiseptic. What’s more, everyone drank it – from schoolchildren right through to high society.

‘Our desire was to make it for today,’ James Grundy explains. ‘Scanning the beer industry, it seemed like all of the good taste was in beer of 5% or 6% abv, and that was very much the direction the craft beer market was taking. The only problem with that is, if you are having a bit of a social lunch, or a catch-up with friends mid-week, but you want to have a good beer in hand, a couple of those can mean an unproductive afternoon.’

Grundy notes that, with alcohol moderation growing in popularity, small beer is stepping to the fore. ‘When we looked at the market we thought there would be a big category education piece to do around small beers, but it turns out that consumers have been saying it’s what they’ve been looking for.’ 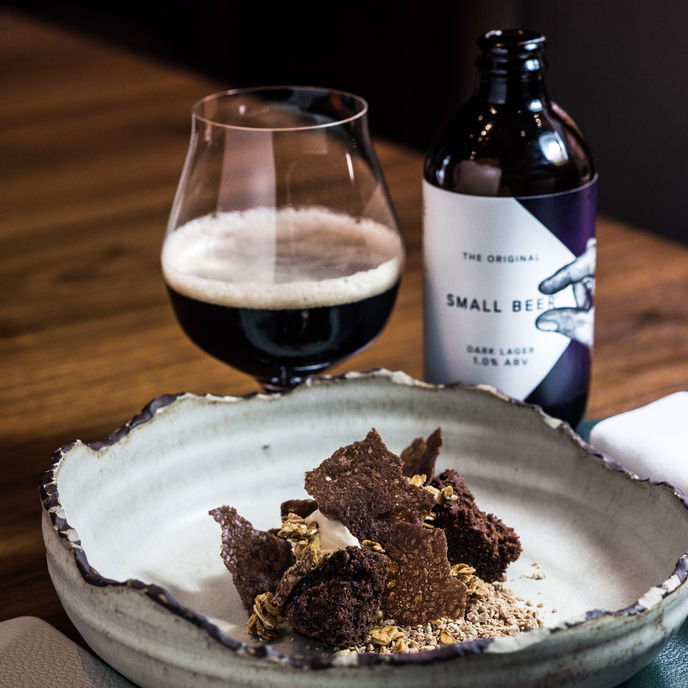 Bringing make-up to the metaverse, Bakeup is a digital beauty company specialising in looks that can be...

Food : Advertising & Branding : Technology
Load More
You have 2 free News articles remaining. Sign up to LS:N Global to get unlimited access to all articles.
Discover Our Memberships Sign in