From rethinking metrics of growth to questioning what transhumanism means for equality, these were some of the most intriguing talks at innovation foundation Nesta’s FutureFest 2018.

The problem of unequal futures

The appeal of Team Human

In the next decade, machines could care for us

A casino where your personal data is currency

The problem of unequal futures 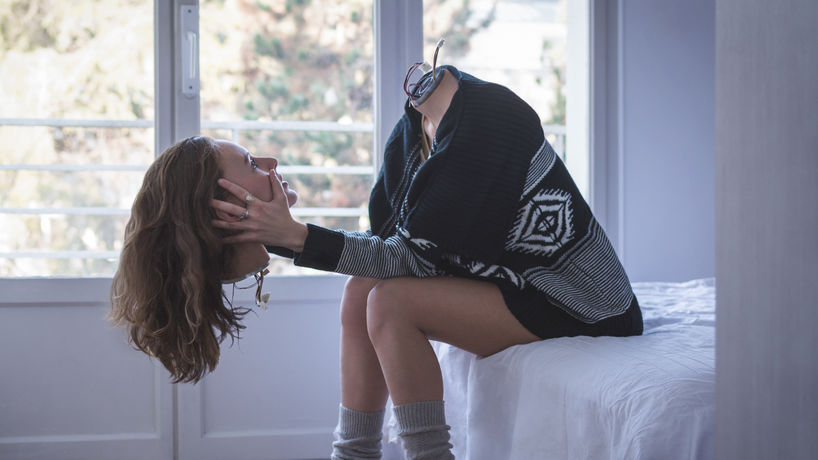 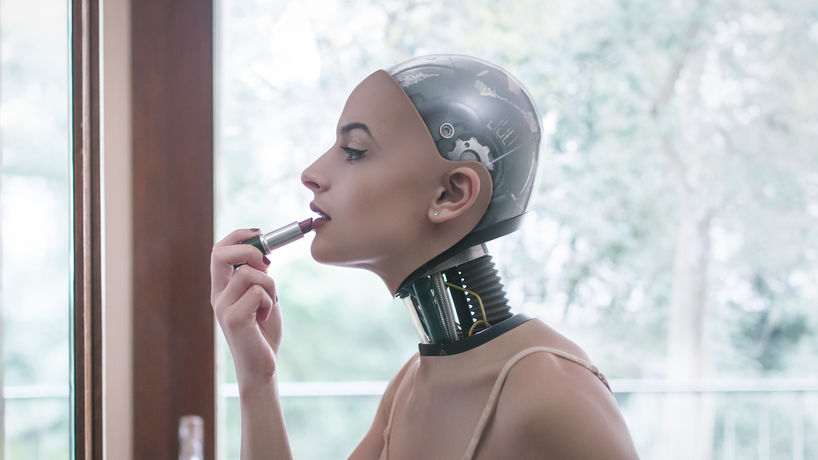 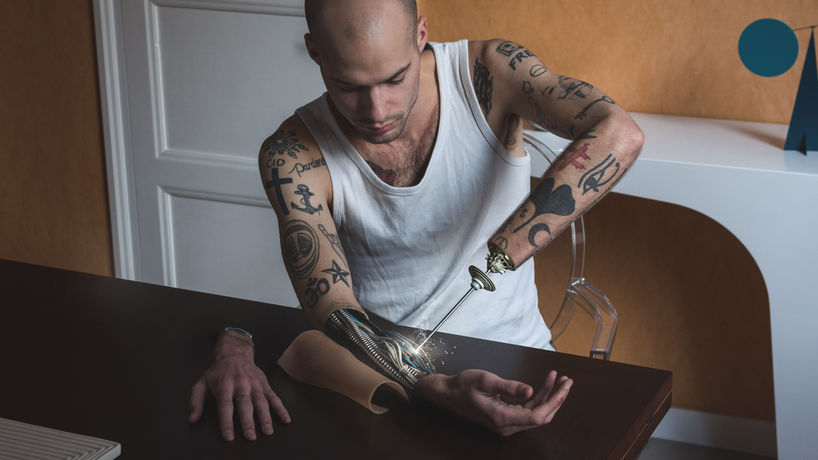 With one strand of the festival exploring Alternative You and how our identities may be shaped in the future, one panel addressed how the wealthy’s obsession with optimisation could lead to new, biological inequalities in the future.

Kate Pickett, an epidemiologist at the University of York, discussed the importance of reducing inequality in order to promote better health and wellbeing among the lower classes, who are suffering the most as a result of low social capital. With the UK’s infant mortality rate rising and life expectancy rates lagging, she argued that we need to priortise our most basic issues before we start enhancing ourselves: ‘We need to learn to become human humans first.’

However, sociologist Steve Fuller, who writes about the benefits of transhumanism in his book Humanity 2.0, believes society needs to balance fixing these current issues with a long-term plan for biological optimisation. While currently transhumanism remains the purview of Silicon Valley elites, Fuller predicted that these controversial procedures will eventually be available on the National Health Service, reducing wealth-based inequalities. As soon as governments realise that these enhancements could improve the human capital of the country, an established, legal market may bring down costs and allow equal access for everyone.

Watch out for an upcoming Q&A with Steve Fuller in our Big Ideas.

The appeal of Team Human 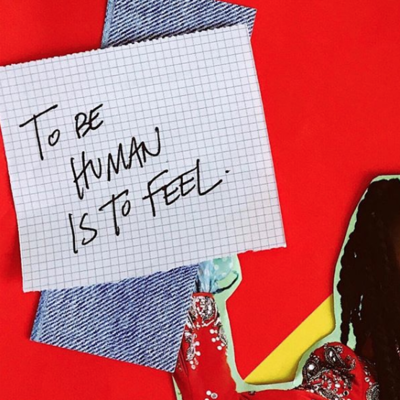 Happy Not Perfect by Poppy Jamie 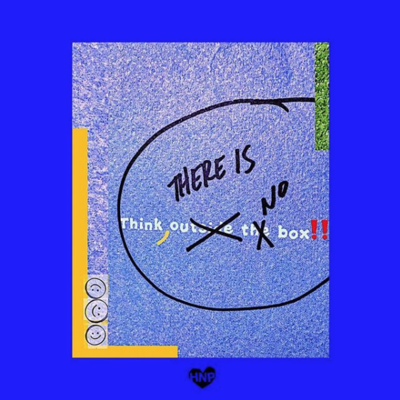 Happy Not Perfect by Poppy Jamie

Much of the conversations around FutureFest 2018 centred around what our interplay will be like with technology into the future. And while stages featured conversation on robots and transhumanists, a couple of talks questioned Silicon Valley’s techno-utopian vision.

Media theorist Douglas Rushkoff, whose most recent book Throwing Rocks At the Google Bus critiques the digital revolution, told the audience: ‘We have been trained to see humanity as a problem tech can solve, but humanity is the solution.’ He emphasised the importance of power in the collective and solidarity. ‘The future is a verb that we should all be creating together,’ he said.

Later in the afternoon, comedian Ruby Wax and authors Julia Hobsbawm and Ziyad Marar shared the stage to discuss ideas of connection and empathy. Marar explored the phenomenon of social pain – a new state of awkwardness that has arisen from our conversations and social connections mostly moving online. ‘We don't know how to manage ourselves in a world of endless metrics, which always shows us as up or down,' Marar said.

Both Hobsbawm and Wax focused on the need for a critical assessment of our mental health in face of technological overload. Wax asserted that we must take more care of our mental wellbeing, before we can begin to fix other problems and questioned the transhumanist quest. ‘Who said being human meant being perfect? The human condition is to be flawed.’

For more on why technology must adopt a more humanist approach, read our Morality Recoded macro trend.

Kate Raworth took to the stage at FutureFest with one message: growth economics no longer work. Raworth, who is a senior visiting research associate at Oxford University’s Environmental Change Institute presented her Doughnut Economics theory, which positions the focus of economics not as the linear growth of gross domestic product, but as a circular doughnut shape, where the needs of society are met without stretching our natural resources.

Currently, there is a global shortfall on things like housing, education and access to food – this is the doughnut hole that needs to be addressed. Speaking on the role of business in reshaping our economy to this new 21st-century model, Raworth noted that they must look to distributive models of business ownership and regenerative models of production. ‘We need to move from an extractive model of enterprise to a generative one,’ she told the crowd. And while businesses are currently in the process of rethinking their purpose, they are still beholden to shareholders who seek to extract as much wealth as possible from any business rather finding value in products that support the common good over the bottom-line.

For more on why growth can no longer be the mantra of business, read our Post-growth Society macro trend. 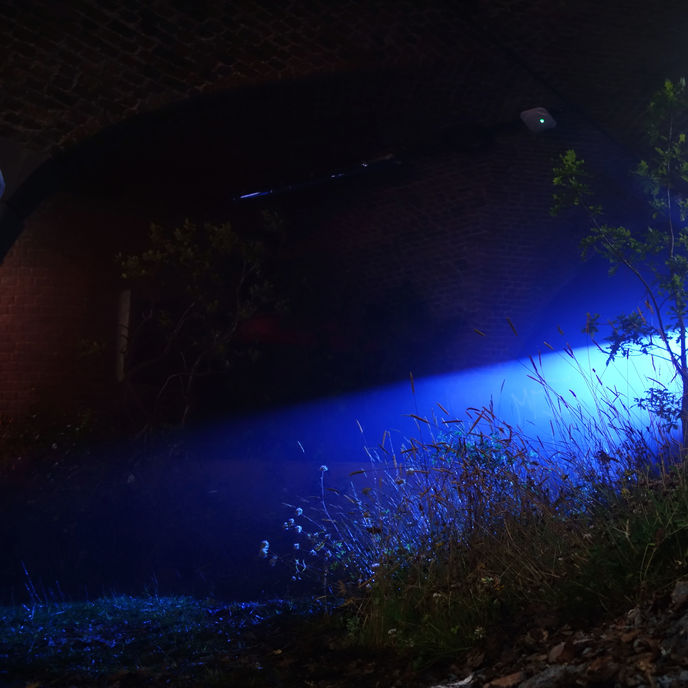 The Garden at Future Fest 2018, photography by Steven Williams

In the next decade, machines could care for us

With the relationship between healthcare and technology a key theme of the event, a talk on machines that care highlighted the new services designed to improve wellbeing.

In order to tackle the damaging effects of loneliness, which experts to equivocate to smoking 90 cigarettes a day, we’ve seen the growth of companion bots in recent years since our macrotrend Neo-kinship. Professor Tony Prescott, who is director of Sheffield Robotics, discussed the benefits of companions for the elderly, such as MiRo, which takes the form of a pet dog and uses sonar sense to navigate its surroundings. In addition, he alluded to the potential for companies to build self-awareness in robots as a way to bolster feelings of empathy. Rather than being the sole companion of its user, Prescott believes that robots can build feelings of self-worth, which helps them make human friends.

Beyond companion bots, Dr Hannah Allen discussed how the future of healthcare could be the Digital Twin – a virtual copy of yourself with which you can visualise the effects that your lifestyle is having on your body. By coming face-to-face with their future selves, patients can make more educated decisions about their lifestyle, such as cutting down their alcohol intake or stopping smoking.

A casino where your personal data is currency 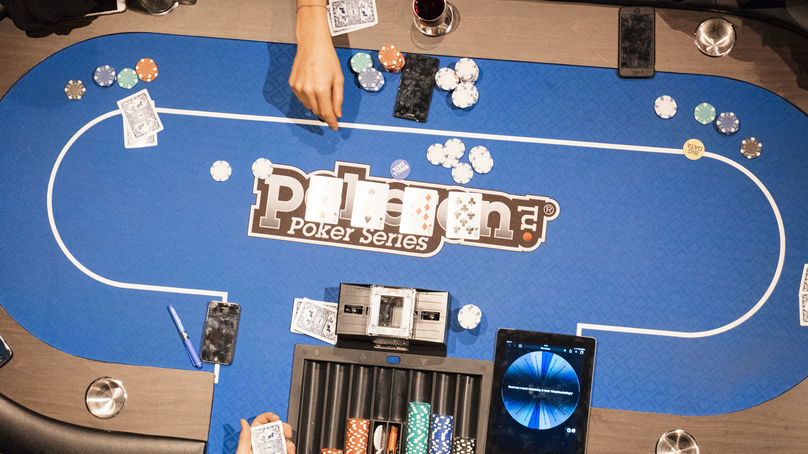 One of the more invasive experiences at Future Fest was Black Box Bellagio, a casino where you could exchange your personal data for betting chips.

Developed by media designer Roos Groothuizen, gamblers at the fictional casino could receive more money with the more personal information they were willing to give away. To cash in, visitors have the option to prove a selection of facts, from more basic requirements such as owning a driver’s license or being over 36, to more intimate information such as being on birth control or having a dating app on your phone.

Once supplied with chips representing their data, players could gamble on Roulette, Texas Hold Em or Blackjack, only to be faced with more requests for personal information if they wished to succeed. Players of Texas Hold Em, for example, could choose to cheat, on the condition that they reveal to the table private material such as their smartphone’s browsing history, recent photos or Whatsapp group names. On the Blackjack table, losers were forced to like Facebook pages against their will – from UKIP to Donald Trump.

By probing how much people are willing share about themselves in order to gain a functioning currency, Black Box Bellagio contributes to the on-going conversation around data privacy and digital rights.

With the gig economy showing no signs of slowing down, panelists on the FutureFest debate stage discussed what the future of digital labour might look like in a zero-hour economy.

Izabella Kaminska, editor of the Financial Times’ Alphaville, used her experience as an undercover Deliveroo rider to address the unfairness of these so-called ‘flexible’ jobs. In fact, she found, the job of Deliveroo employee is far from flexible – riders are expected to work clearly defined shifts, and penalised for missing peak periods.

This level of control creates worrying parallels between the gig economy precariats and the low-wage workers of the 19th century. After all, it tends to be more affluent consumers that are the end users of the app. In Kaminska’s experience, the people ordering these takeaways were middle-class types living in serviced apartment blocks, with £7-an-hour workers at their beck and call, rushing through traffic in pursuit of a bonus. Kaminska asserted that Deliveroo and Uber are reviving old social structures, and posited a future where the downstairs servants serve the upstairs masters at the touch of an app.

Could this draconian vision see fruition? The speakers seemed to think so, and even quoted from a series of tweets by Anton Troynikov that went viral earlier this week, titled Things That Happen in Silicon Valley and also the Soviet Union. The women laughed in unison at tweets such as ‘being told you are constructing utopia while the system crumbles around you’ and ‘the plight of the working class is discussed mainly by people who do not work’, but I doubt many Deliveroo riders were laughing with them. 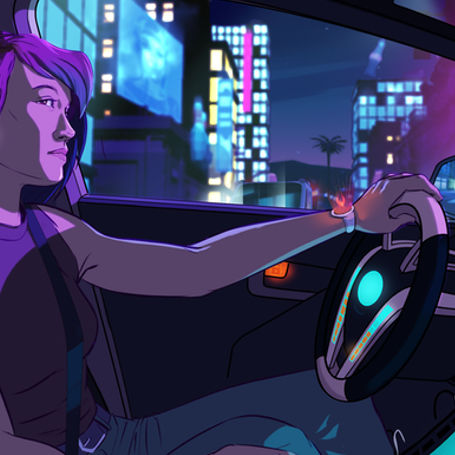 Sustainability : Supply Chain : Local
Load More
You have 2 free News articles remaining. Sign up to one of our membership packages from just £100 a month.
View Subscription Offers Sign in