A new joint visual identity for Topshop and Topman 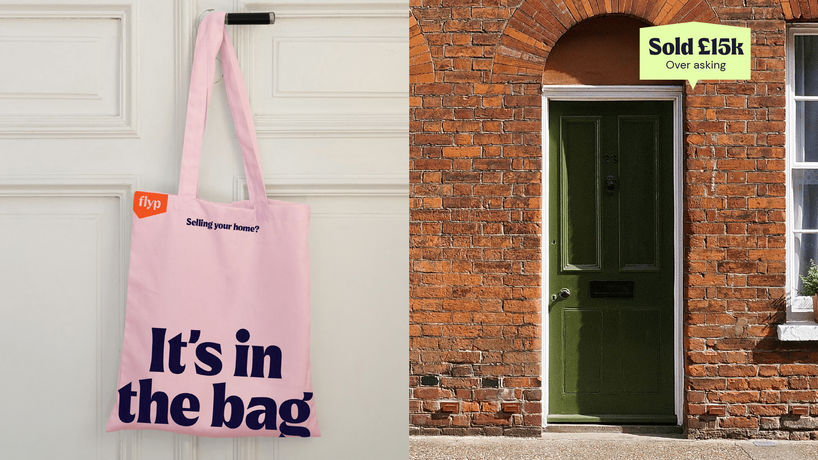 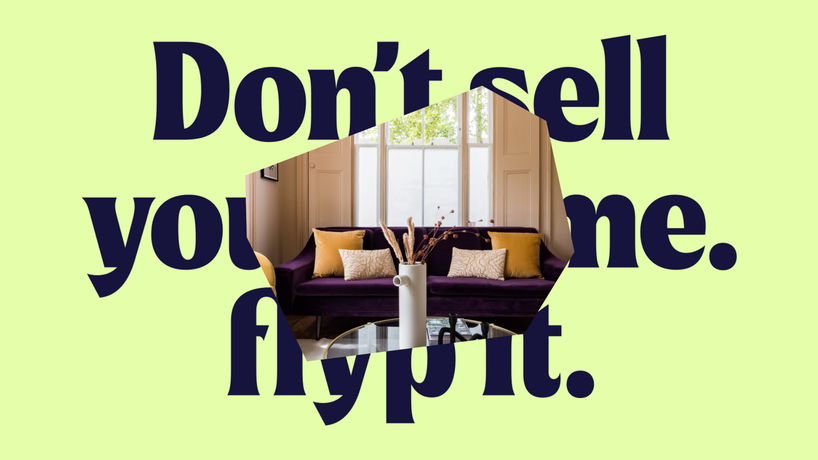 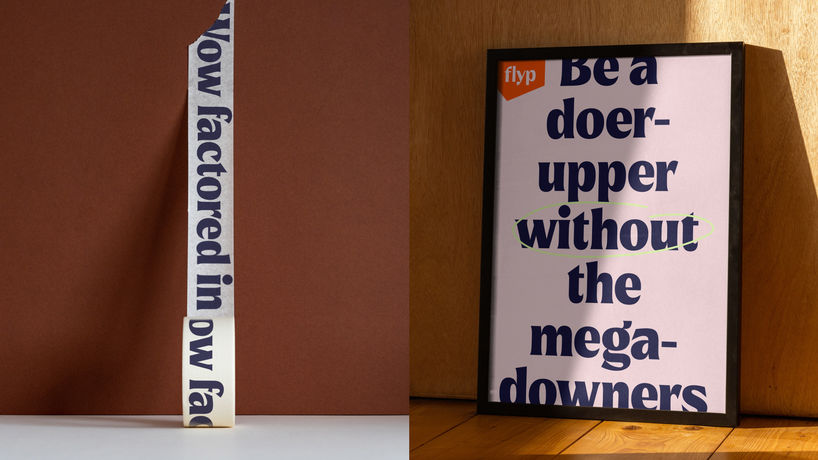 UK – How&How, a London-based branding agency, has partnered with Flyp to develop a new brand identity that offers a colourful take on real estate. Specialising in helping house sellers get the best valuation for their home, Flyp offers renovations, a Flyp quality seal and a network of agents that can help sellers achieve the best offer for their home.

The UK housing market remains traditional in its sales practices and is ripe for disruption; a concept like Flyp offers a more appealing angle for younger generations to help them successfully sell their properties – with the branding and UX to match. ‘Expressive licks of typography and a colour palette inspired by building materials blew an f-shaped hole through what conventional property brands look like,’ says a Flyp spokesperson.

Flyp’s unique model comes at a time when the heated UK housing market faces uncertainty and younger generations have been unable to take the first step on the housing ladder. The new branding positions it as a challenger model for traditional estate agents and targets younger sellers keen to optimise their assets.

Design has the power to change how a brand is perceived. Collaborate with emerging design agencies to sustain relevance with your consumer base

A new joint visual identity for Topshop and Topman 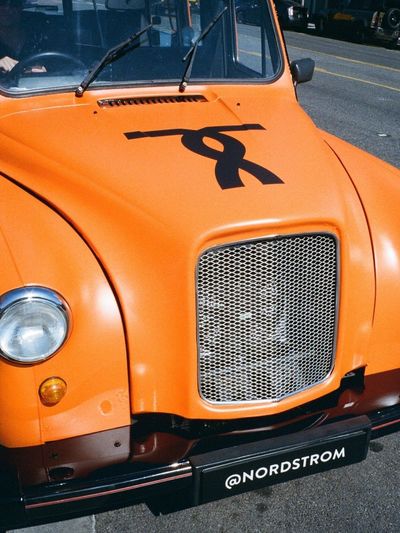 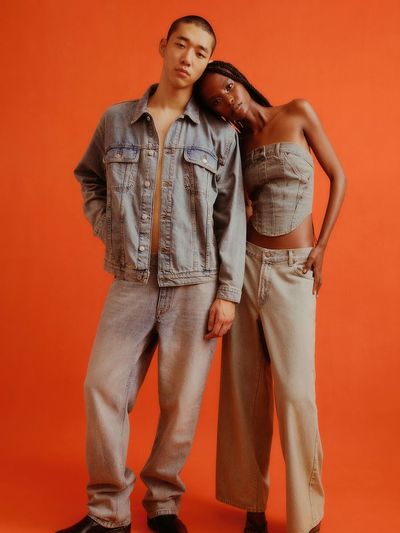 Topshop and Topman were acquired by UK online fashion retailer Asos in 2021 and rebranded as digital storefronts, but they lacked a clear visual or creative direction. The brands’ relaunch reflects their new digital-first nature and updated positioning, also further disassociating the business from the controversy surrounding its former owner, Arcadia's Philip Green.

The new visual identity merges together Topshop and Topman through design elements such as a double ‘T’ monogram uniting the two brands, an orange and black colour palette inspired by the signage previously used in the stores, and a customised word mark.

According to Moving Brands chief strategy officer Christina-Anne Kyosti: ‘The brief was bold and direct: elevate the brand with a design that honoured the spirit of Topshop’s and Topman’s iconic heritage, while introducing distinct new elements relevant in today’s digital era.’

With this legacy-focused rebranding, Asos is maximising Topshop’s and Topman's heritage as high street brands for digital-only commerce – and putting a new spin on Heritage Refashioned.

The rebranding demonstrates how a beleaguered brand can be revived for a new digital-first future, balancing a mix of iconic features and nostalgia with a modern twist

Belgium – Sports retailer Decathlon Belgium has temporarily changed its name to Nolhtaced – Decathlon in reverse – to raise awareness of its new resale service.

The service will allow shoppers to sell old or unused items in exchange for coupons. Decathlon will take any unwanted items to be repaired and resold in stores. The service has been successful, and so far in 2022, 26,000 items have been returned. The retailer hopes to reduce its environmental impact and encourage more environmentally aware shopping.

As resale rises in popularity and inflation makes goods more expensive, this market is expected to grow in popularity. Decathlon's service provides an opportunity to capitalise on this growing market by making resale more convenient for customers. 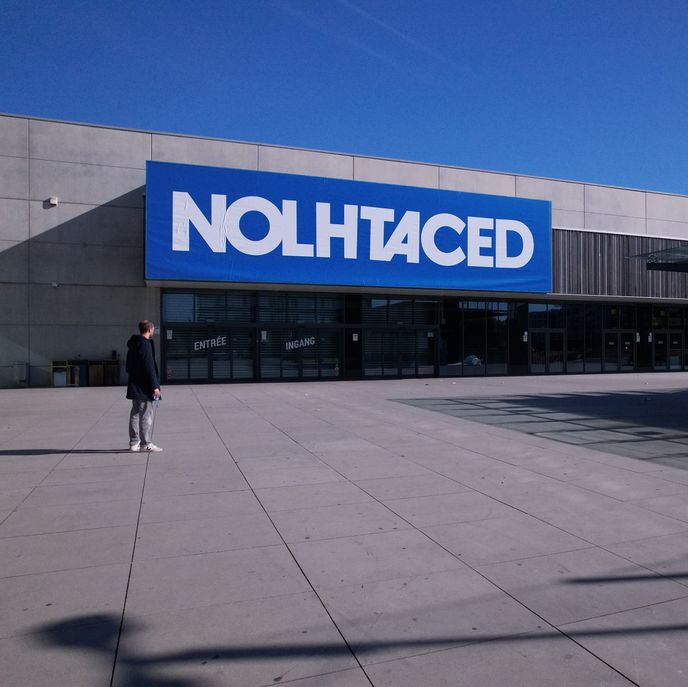 Consider how resale may become a customer expectation from brands across the board, as retailers are increasingly being asked to take responsibility for the products they sell throughout their lifespans 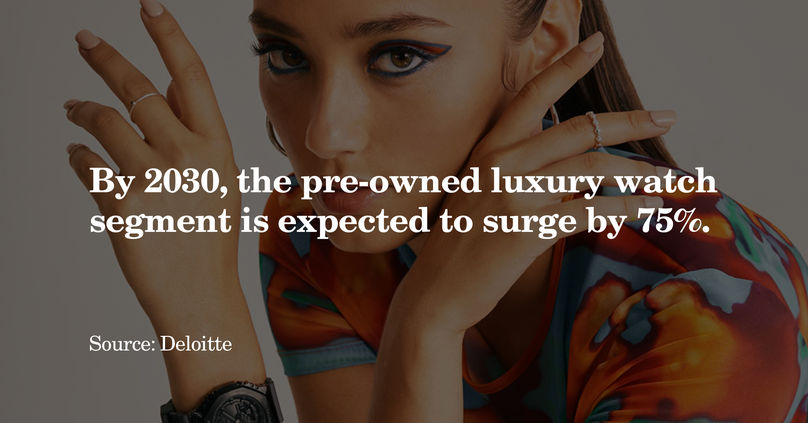 Global – New research by Deloitte reveals a promising outlook for the second-hand high-end watch market, largely driven by the purchasing preferences of Gen Z and Millennials and their taste for vintage finds.

According to the Deloitte Swiss Watch Industry Study, pre-owned watches are becoming increasingly popular globally and are set to account for more than half of the primary luxury watch market by the end of the decade. The main factors in buying second-hand watches are: a lower price point (44%), the opportunity to obtain discontinued models (29%) and the environment (21%).

Almost half (48%) of Millennials and Gen Z respondents are interested in buying a timepiece on the resale market. On the flipside, 23% of luxury watch buyers purchase a watch as an investment for resale, with Singapore (33%), Hong Kong (32%) and China (29%) leading the way.

With consumer interest in both purchase and resale, as well as companies establishing their own pre-owned sales channels, the segment is laying the foundations for a dynamic and promising next-generation watch market.

There are many ways brands can instigate a presence in the pre-owned markets, be it by ramping up archives, authentication methods, repair services or partnering with resale platforms