A winery becomes an arts destination, Saatchi & Saatchi protests against anti-abortion rulings, and Prada brings its show to Beijing. 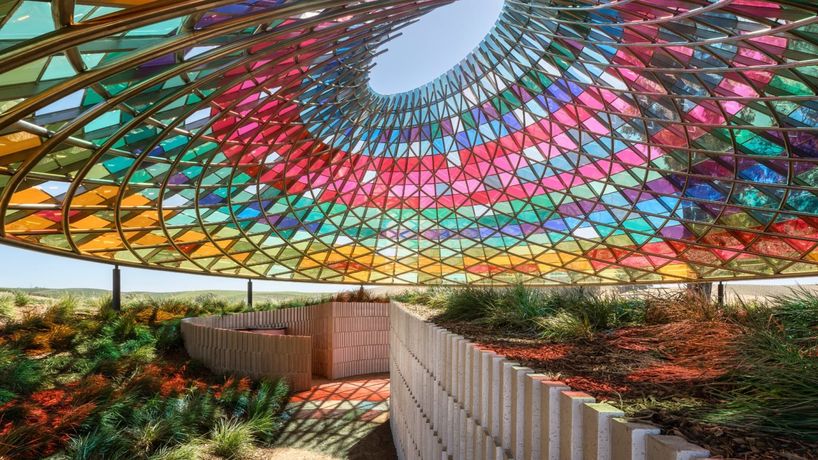 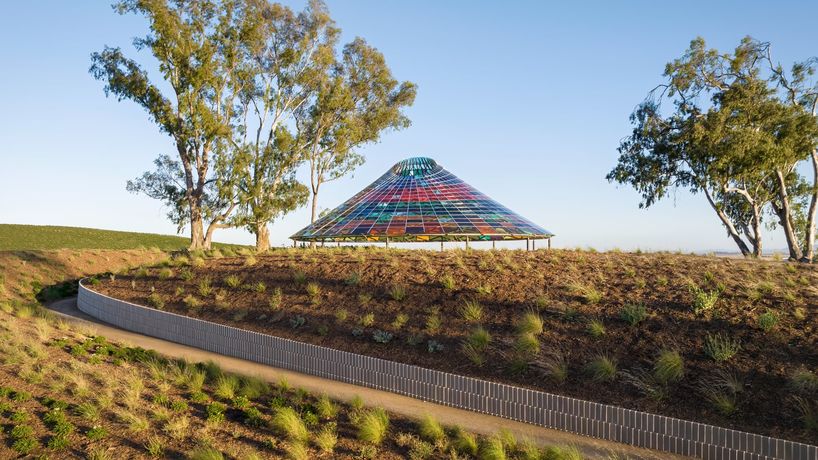 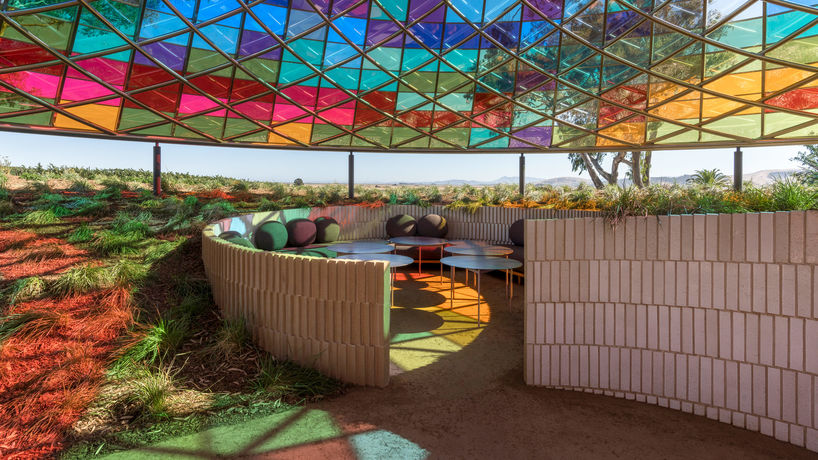 California – The Donum Estate, one of California’s finest Pinot Noir producers, is adding a pavilion by Icelandic-Danish artist Olafur Eliasson to its illustrious art collection. The 200-acre winery already has a sizeable collection of sculptures, but Eliasson's contribution serves a more practical purpose.

The Vertical Panorama Pavilion, which was completed by Eliasson’s collaborative design practice Other Spaces, is intended to translate the wine-making process into a physical experience. A conical canopy with a 14.5m diameter and 832 vibrant glass tiles that depict the seasonal weather is the pavilion’s distinguishing feature. ‘It’s about celebrating the ephemeral, bringing to your attention everything that’s often unquantifiable, and therefore often forgotten,’ says Olafur Eliasson.

Allan Warburg, the co-owner of The Donum Estate, which was built to accommodate up to 12 guests, says: ‘I will bet that our wine, if you taste it in here, will taste better than if you are tasting it anywhere else.’ By becoming an arts destination, The Donum Estate is comparable to Château La Coste, another winery placing art and architecture centre stage. 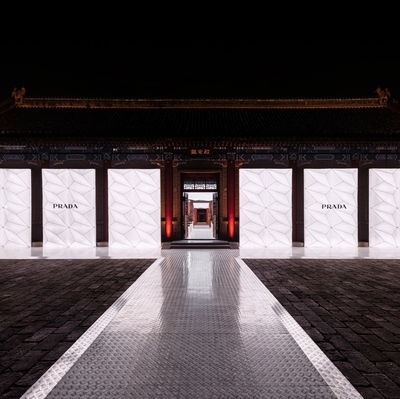 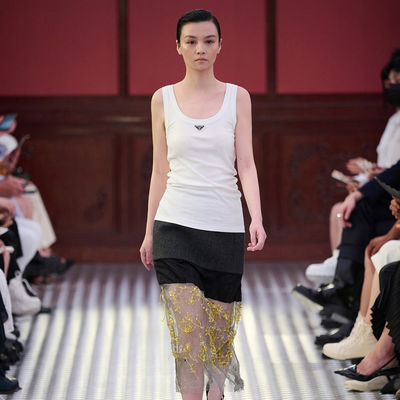 China – Following the luxury brand’s original Milan shows, Prada has reworked its men’s and women’s autumn 2022 collection showcases to appeal to Chinese audiences. While the Milan shows featured American celebrities such as Hunter Schafer and Kyle MacLachlan, the Beijing repeat featured a total of nine famous Chinese actors and actresses.

The restaged show featured the same outfits as its original run, but with a few styling alterations and additional looks. ‘The casting is unexpected but makes total sense; it adds a renewed sense of fantasy to the clothes,’ says Xander Zhou, a Chinese designer. Prada also invited guests to enjoy Prada-embossed ice creams and Beijing Rice Rolls after the show. By reworking the show in this way, the brand is catering for a more global audience while reflecting local nuances.

Many fashion and luxury brands struggle to break into particular regions, failing to recognise cultural preferences and popular figures. To discover more insights for this region, delve into our coverage of the state of luxury in China.

UK – Saatchi & Saatchi is speaking out about the anti-abortion rulings in the US. Some 52 years on, the advertising agency is reviving one of its most popular ‘pregnant man’ campaigns from the 1970s, this time replacing the original image with a picture of Supreme Court Justice Samuel Alito, who has consistently voted against abortion rights.

Although the first campaign was run many decades ago, its message is still relevant today. ‘The question of how men would behave, think or even vote if they were the ones who got pregnant is a conversation that is unfortunately more timely,’ says Saatchi & Saatchi. 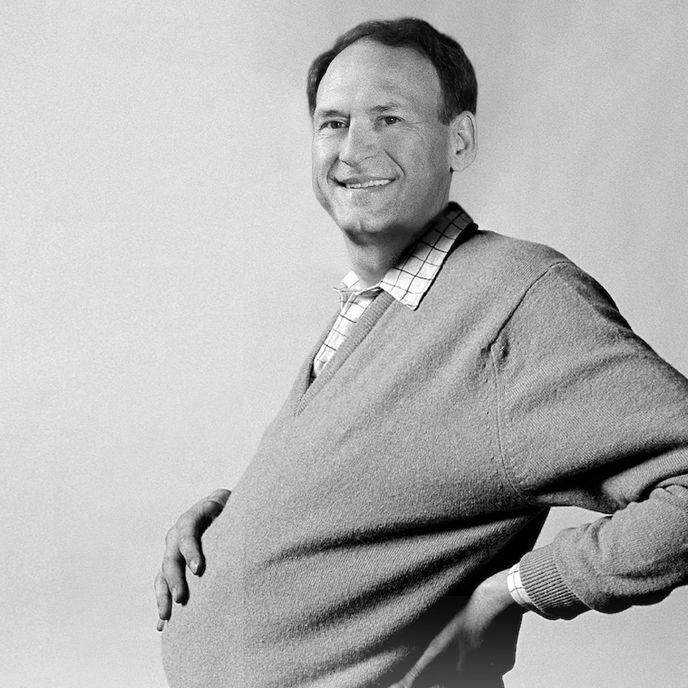 Although the anti-abortion rulings were passed in the US, their impact will be felt by women across the world. Consider taking a public stance against this issue 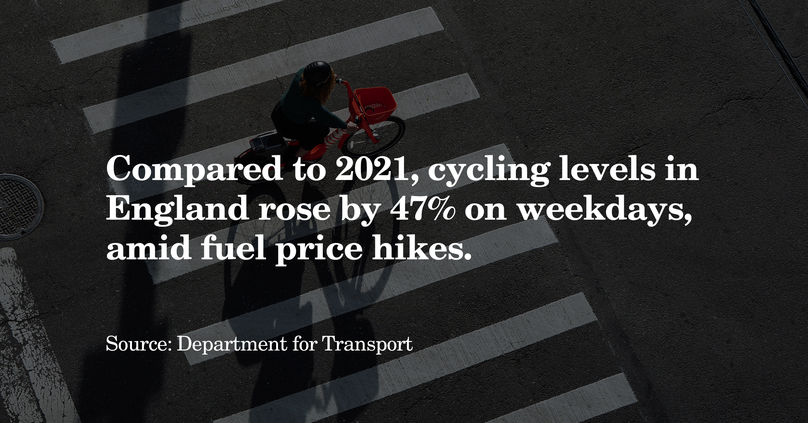 With many UK citizens cutting daily costs amid rising inflation, recent figures from the Department for Transport reveals the link between cycling and rising fuel costs. According to its latest findings, compared to 2021, cycling levels in England rose by 47% on weekdays and 27% on weekends in the five months to the end of July.

While fuel prices reached record highs in July, cycling levels were even greater than those seen at the same period in 2020 – a time when the pandemic drove more people to get on their bikes. As more people choose to cycle as a way of saving money, this lifestyle choice is also having a positive effect on the environment. With this in mind, bike brands and charities can focus on both money considerations and environmental benefits when encouraging people to start cycling.

As the Cost of Living Crisis becomes increasingly concerning for many consumers, brands and businesses must begin offering tools, services and guidance to help people reduce their daily costs.

Looking ahead, transport services must prioritise people’s financial concerns and offer solutions that cater for a variety of needs and budgets