By Kathryn Bishop and Emily Rhodes

Italy and Finland ­– A new collaboration between health technology company Oura and luxury label Gucci signifies the growing crossover between the luxury and wellbeing sectors.

Oura, which is known for its wellness rings that track heart rate, sleep patterns and can even predict people’s periods, describes the ring as ‘exquisitely crafted with Gucci’s legendary style’. The partnership represents the premiumisation of the Oura Generation 3 wearable, with a price tag of £820 ($1,000, €945) for the Gucci x Oura Ring special-edition design.

Featuring the Italian fashion house’s interlocking G monogram and a delicate, braided trim in 18ct gold, the design is said to bring fashion and function even closer together. A supporting campaign with the tagline ‘a journey of self-discovery’, features a young woman busy with daily activities, including a workout and a night out, all the while able to track and analyse insights from her day.

This collaboration demonstrates how luxury and jewellery companies can begin to think differently about wearable technology not as a foreign category but one that, through unexpected collaboration, can deliver a new product category for an ever-more health-conscious customer. 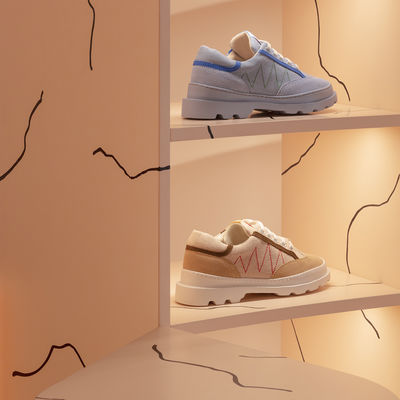 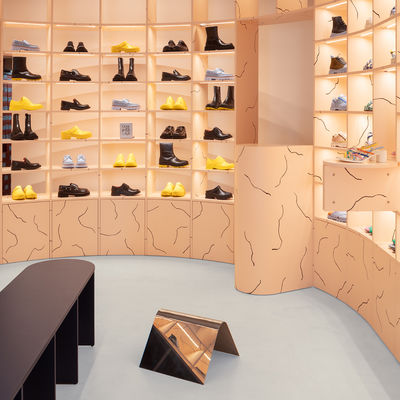 Spain and Italy – Footwear brand Camper’s new store in Rome takes inspiration from the surrounding 18th-century architecture, using it to inform the geometric interiors of the store fit-out and shelving.

Working with architecture studio Piovenefabi, the retail space on Rome’s Piazza di Spagna sits close to a Baroque-style staircase, which bridges Trinità dei Monti with the Barcaccia fountain. According to Camper, Piovenefabi envisaged the store’s interior as ‘a complementary addition’ to this specific corner of Rome, with interiors that reflect the compositions of the exterior architecture, such as the meandering curves of the staircase and the elliptical shape of the fountain. ‘We like to imagine our Camper Oval as a natural contribution to the 1725 staircase project,’ explain the designers. The space is finished with pink shelving, decorated with a wave motif inspired by David Hockney murals.

Camper's Rome store is symbolic of retail brands’ growing awareness and respect when opening stores in ancient cities, close to or within protected architectural spaces – other examples of such Legacy Location storefronts are examined in our latest retail macrotrend Hyperphysical Stores.

To draw shoppers into stores, consider how external architecture can carry through into the retail spaces, from forms and structures to colours, textures or motifs that represent a city’s character or energy

US – Alcoholic drinks company Molson Coors is exploring ways to future-proof its portfolio with the launch of a plant-based milk brand made from barley – a grain traditionally used in the brewing of beer and other alcohol.

Known as Golden Wing, the plant-based milk is made with unused grain grown by the farmers who supply Molson Coors’ ingredients. Unlike other barley milks, which use waste grain as a by-product from brewing, Golden Wing’s product is reported to have more nutritional benefits, such as minerals that support how the body uses carbohydrates, proteins and fibres.

Comprising just five ingredients – including barley, sunflower extract, pink Himalayan salt and shiitake mushroom extract – its flavour is said to be malty and sweet. With gold and black branding, the product also stands out among the often-minimal packaging of other plant-based brands.

This move by an alcohol company signifies the need for elastic mindsets among businesses, as they face new market and consumer behaviour shifts. ‘We wanted to explore the building of our own brands in our [non-alcoholic] portfolio, and in looking to unlock that opportunity, we really wanted to understand what we are experts in. What do we know better than anybody else?’ says Brian Schmidt, brand manager at Molson Coors’ non-alcoholic division. 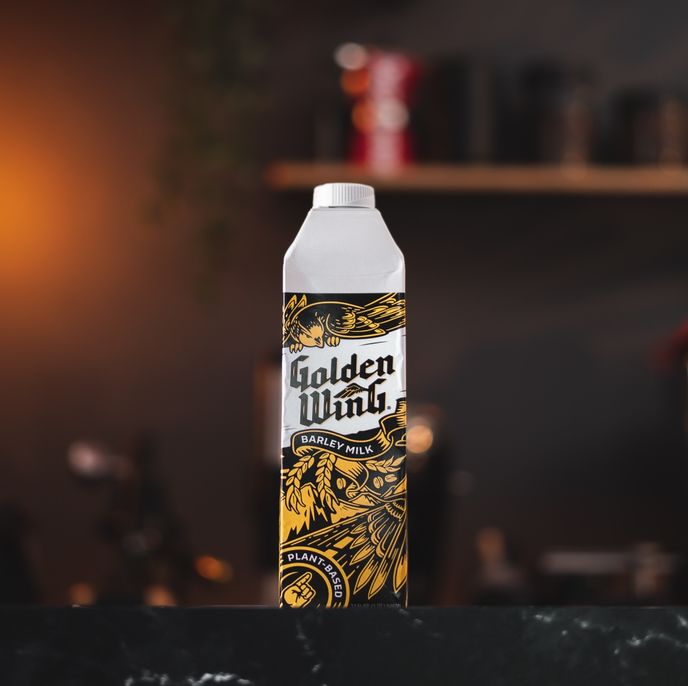 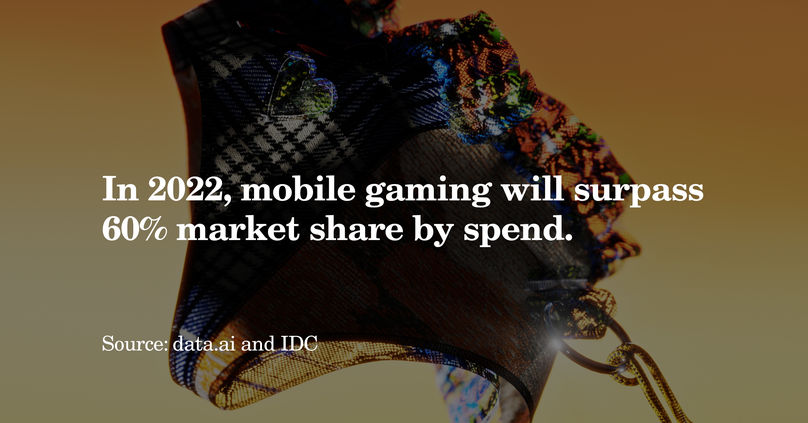 Rave Review of Stockholm is tackling the male-dominated non-fungible token space with the launch of its Cryptopanties project, Sweden

The latest Gaming Spotlight report from data.ai and IDC reveals the growing potential of in-game spending across the generations. According to the report, mobile gaming will surpass 60% market share by spend, as phone-based gaming becomes the most inclusive form of gaming across generations, gender and audience interests.

Games by consumer spend in selected markets reveals the growing prominence of titles that lean towards women audiences. The report notes, for example, that among the top 1,000 games in the US in 2021, 47% of them skew towards women – up from 37% two years previously – meaning they are more likely than men to play these games. The report also finds that Roblox users were 30% more likely to be women than men in the US.

These figures point to ample opportunities for brands to explore gaming – and in particular platforms such as Roblox, following in the footsteps of companies such as Nike, Gucci, Vans and Forever21. Indeed, as the line blurs between people’s real-life and online personas, there will be greater need for Affirmative Avatars that reflect people's real-life values and appearance.

For brands – and in particular luxury or premium brands – gaming is becoming a long-term revenue stream in which to sell everything from avatar skins to digital goods, experiences and NFTs