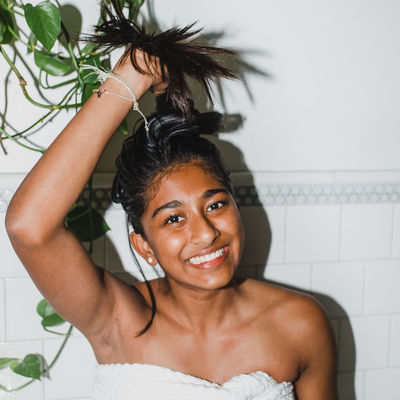 Back to Your Roots by Shaz & Kiks, US and India 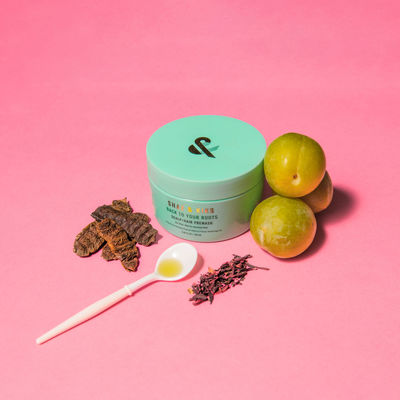 Back to Your Roots by Shaz & Kiks, US, India

Launching with Back To Your Roots, a scalp and hair pre-wash mask, the brand is positioning preventative haircare as the foundation for overall hair health. Dubbed the 'new step one' in hair-washing routines, the plant-based mask is massaged into the scalp and down the lengths of dry hair 20 minutes before hair is washed as normal.

Paying homage to its founders’ family rituals around Ayurvedic beauty, the formulation uses over 20 Indian herbs, oils and flowers – including amla, turmeric and peppermint – to stimulate blood flow to the hair root and encourage growth.

While celebrating ancestral rituals through its range, Shaz & Kiks also taps into the rise of hair products inspired by skincare. For more, explore Skintellectual Haircare.

As part of its Publicly Traded campaign, the brand tracks local online searches relating to the symptoms of chlamydia, HPV, syphilis and other STIs to generate stock chart visualisations that determine the price of its condoms. This dynamic pricing means that condoms become more accessibly priced when STI rates are high, while geographic location is also considered to determine where particular searches are happening.

‘There’s a lot of data out there on STI rates,’ explains Ian Mackenzie, chief commercial officer of FCB/SIX, the agency behind the campaign. ‘Unfortunately, in the heat of the moment it’s really easy for people to ignore that data. Publicly Traded brings the data to life in a way that gets our target literally invested in its outcomes, and drives dynamic pricing in a way that puts LifeStyles on the frontiers of e-commerce.’

From offering discount on demand to pricing that varies by neighbourhood, companies are embracing more fluid Pricing Strategies as a way to connect with consumers and differentiate their offer. 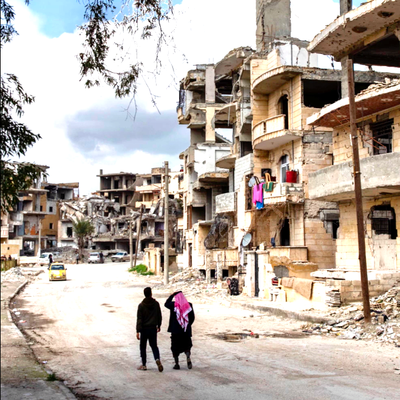 In a bid to drive truthful journalism and prevent the circulation of misinformation, the global database allows photojournalists to encrypt their images by marking them with Canon's Truthmark. The tool gives each image a unique digital fingerprint that protects both the photo and the story or description associated with it. By making the platform free to use, Truthmark wants to ensure trustworthy, authentic storytelling for both journalists and members of the public.

According to Clara Prior-Knock, associate creative director of Uncle Grey Copenhagen, ‘The misuse of images is a problem in culture that could be solved with creativity.’ In turn, to launch the database, the agency has created a visual social media campaign that playfully nudges people to seek the truth behind the images they see.

In our Veritas Media microtrend we explore the competitive advantage of media brands striving to create content that is accurate and reliable. 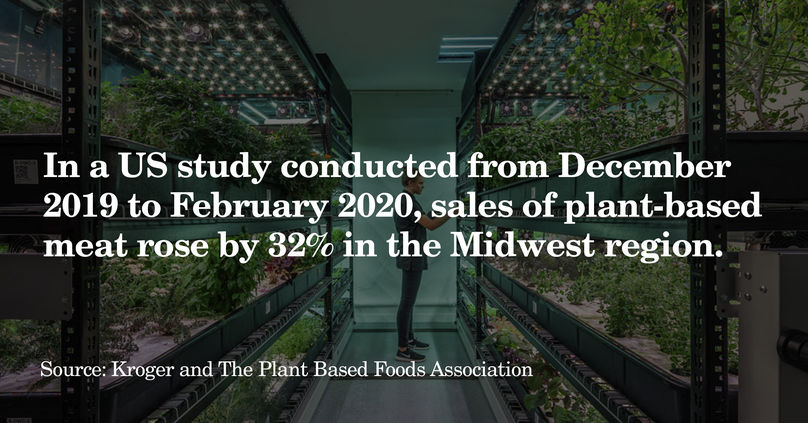 A recent study by US grocery retailer  Kroger and the Plant Based Foods Association reveals that sales of plant-based meats accelerate when they are placed in the meat aisle.

Amid rising demand for  flexitarian lifestyles, Kroger sought to explore the effectiveness of selling plant-based meat products when placed in the conventional meat  section. After trials across 60 stores, research showed that in the US Midwest region – where  plant-based eating was reportedly embraced the most – sales  of plant-based me t  at Kroger stores rose by  32% over the three months of the study.

‘This test provides one more proof point that plant-based meats have moved from niche to mainstream,’  says Sean  Brislin, merchandising director  at  Kroger.

Beyond plant-based foods, traditional meat products such as sausages and burgers are being mixed with a healthy dose of vegetables to tempt carnivorous consumers curious about flexitarian diets.

Travel : Hospitality : Hotel
Load More
You have 2 free News articles remaining. Sign up to one of our membership packages from just £100 a month.
View Subscription Offers Sign in