By Holly Friend and Jessica Smith

A digital lobby for hotel guests, Snapchat sets its sights on Gen X and how immersive interfaces can ease multitasking. 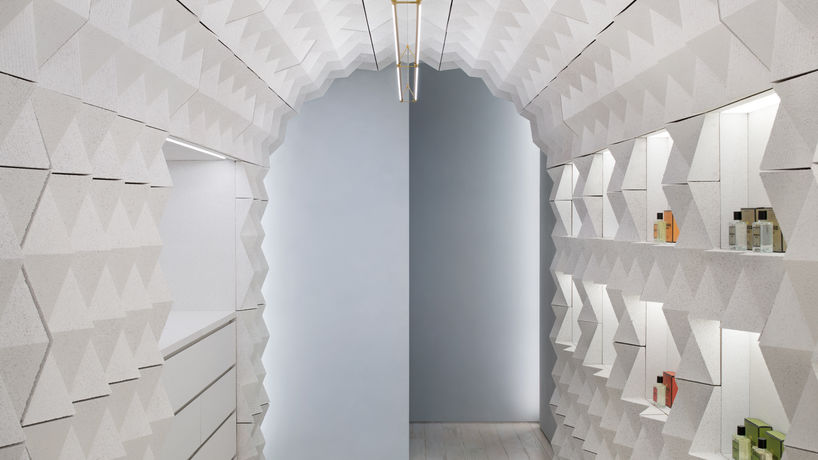 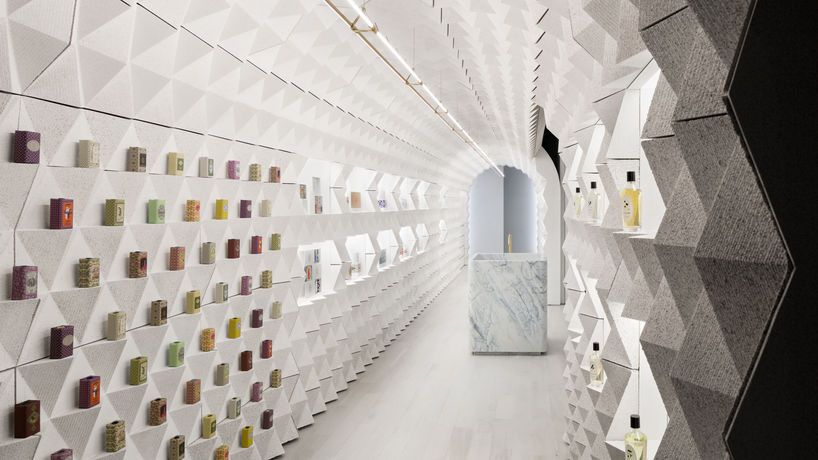 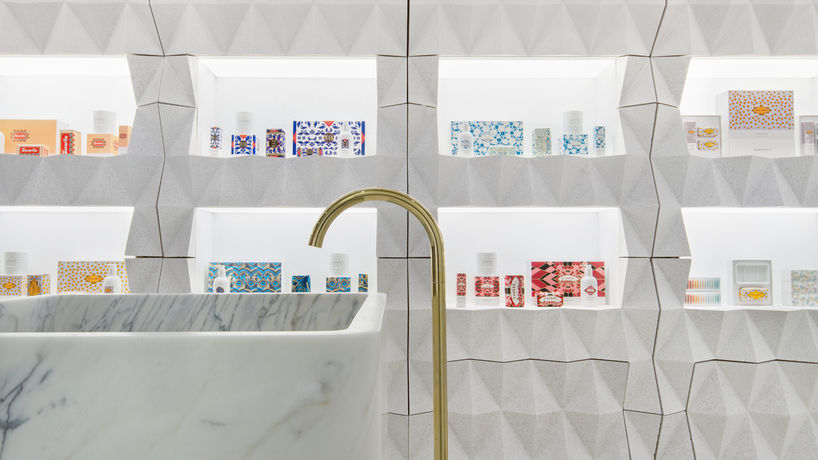 New York – The 131-year-old Portuguese beauty brand has enjoyed a recent resurgence in demand for its classic soaps and colognes.

Opening its first international store in New York’s Nolita district, an area populated with designer labels, Claus Porto is growing beyond its Portuguese roots. Its colourfully-packaged fragrance and soap products have seen a ‘remarkable resurgence’ in recent years, according to the brand, with its name is now synonymous with everyday luxury.

The New York store, designed by Tacklebox Architecture, pays homage to Claus Porto’s homeland with details such as a freestanding archway made out of Portuguese cork. The interior acts as a portal for shoppers to explore its nostalgic and decorative products.

While Claus Porto’s products have recently gained popularity among wealthy shoppers as beautiful yet inconspicuous goods, the opulent nature of its New York store demonstrates that the brand is growing more conscious of its luxury positioning. 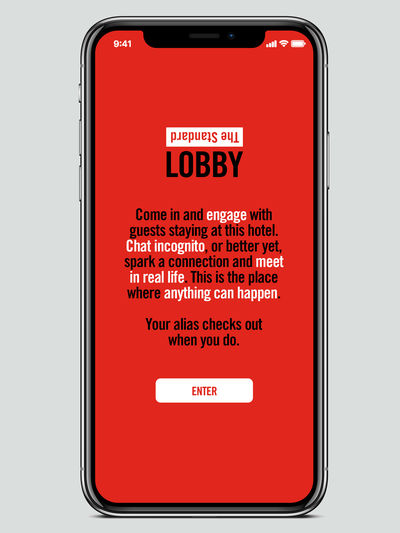 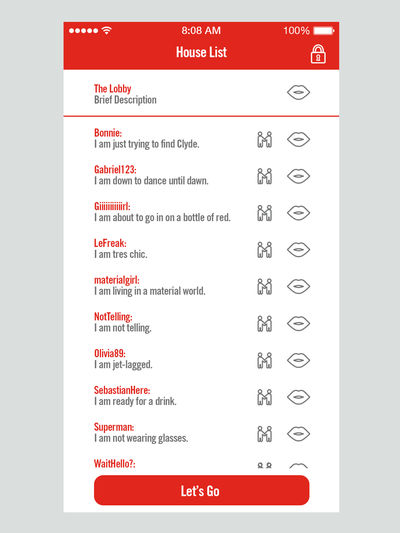 New York – The Lobby is an app that aims to add unexpected personal interactions to guests' hotel experience.

Exclusively available for those staying at The Standard’s High Line boutique hotel, The Lobby encourages guests to create a digital alias, revealing as much – or as little – about their identity as they wish. They can engage in chatroom conversations with other guests in the hotel, or invite them to meet in real life in The Standard’s various social spaces.

Adding to the app’s element of anonymity, all of The Lobby’s content disappears upon check-out, leaving no digital trail. According to the hotel, The Lobby will ‘entice guests to escape the sometimes mundane world of travel, and open the doors to the more interesting world of discovery and adventure'.

Building on from the rise of Stranger Liaisons, hospitality brands are emphasising the importance of serendipitous encounters. 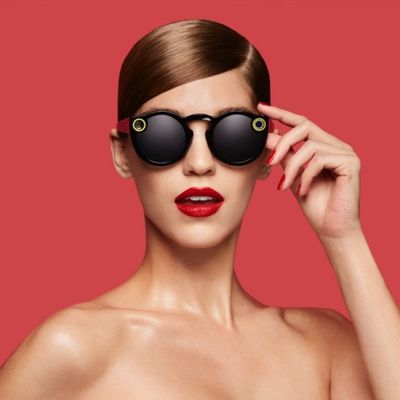 Global – The photo-sharing app has proved popular with teenagers, but now the brand is turning its focus to Generation X.

Although Snapchat lost two million daily users in the last quarter, CEO Evan Spiegel has announced a plan to jump-start user growth, by marketing to those over the age of 35 in the US and Europe. While Snapchat has historically been popular among teenagers, who use its visual-first format as a messaging app, its reputation for fast, throw-away content has been a hindrance to growing its older user base.

Alongside a strategy to improve marketing to Gen X consumers, Spiegel also wants to enhance Snapchat’s Android app, with the aim of building growth in emerging markets.

The brand has recently been attempting to shed its social media origins. Earlier this year, a campaign rebranded Snapchat as a camera company, with the hope of appealing to a wider audience.

UK – Magic UX imagines how we could use augmented reality (AR) to organise and streamline our use of phone apps.

According to design and innovation studio Special Projects, the average person uses about 25 apps per week, which means they are multitasking for a fifth of the time spent on their phones. In response, Special Projects has created Magic UX, a smartphone interface concept, which allows users to create a virtual desktop in order to 'pin' apps or images against to retrieve later.

Enhancing the typically mundane experience of jumping in and out of apps, Magic UX was inspired by the way people naturally place objects on a desk. With no limit to the amount of apps or images they can pin to a space, users are able to explore their smartphone in a more fluid way.

Although currently a concept, Magic UX shows how AR can be used in a subtle, practical way. Read our microtrend Immersive Interfaces to discover more.

Changes in lifestyle are causing growth in the aromatherapy and essential oils categories, according to a new report by Global Market Insights. These changes include a rise in mental health issues such as depression and insomnia, which has resulted in more people buying relaxing essential oils such as lemon, lavender and rosemary oil to use before bed.

The world's growing elderly population are also searching for these oils to counteract the side effects of prescription drugs. In addition to this, essential oils play a vital role in treating dermatologic issues such as acne and eczema, making them suitable ingredients in the field of natural skincare products.

As explored in our Fragrance Market, essential oils are also playing a part in modern beauty consumers' scent rituals. 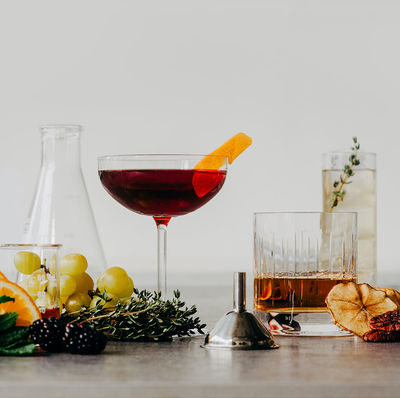 As climate change affects where ingredients are grown and consumers demand more local products, Tamara Hoogeweegen explores the brands challenging what provenance and sense of place mean for wines and spirits.

Narratives about drinks such as whisky and wine are often strongly linked with provenance, but environmental and geopolitical turmoil means that we may not have the same access to these beverages in the future.

For example, changing weather is pushing the climate for wine-growing further north. After a record-tying summer in the UK, English winemakers are excited about the prospects of the 2018 vintage, with many predicting it could be the country’s greatest harvest ever.

Among cocktail bars, bartenders are increasingly going hyperlocal in their ingredients and spirits, using what can be found locally, rather than trying to source mass-produced spirits or flavours that can be found anywhere. A Rake’s Bar in Washington DC uses ingredients solely sourced from the Mid-Atlantic region. This means that everything from the sweeteners to the grains used to create a whiskey should be local. It’s about ‘incorporating agriculture into the drink’, explains bar director Corey Polyoka.