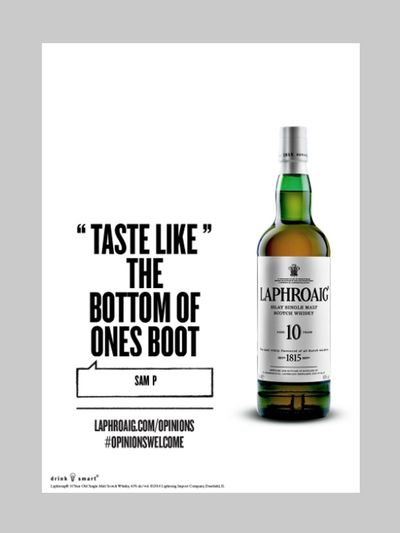 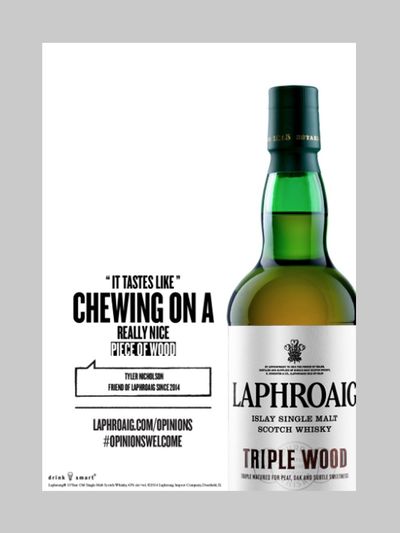 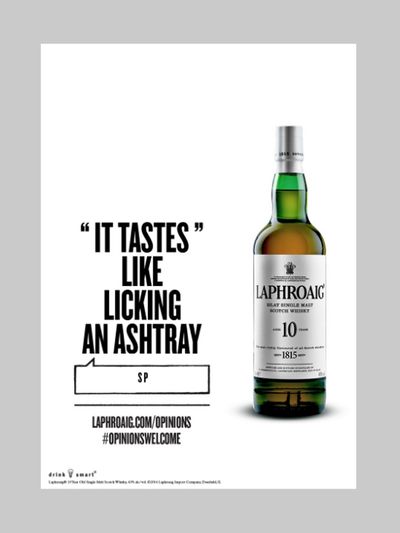 Scotland – Whisky brand Laphroaig has created an ad campaign that celebrates both positive and negative feedback.

Laphroaig is playing on its reputation as a love-it-or-hate-it product by enabling consumers to express their opinions about it online. An accompanying campaign website features a tool that visitors can use to create a personalised opinion poster.

The wider campaign also features a 3.5-hour Laphroaig Filibuster ad in which US comedian Andy Daly reads out three years’ worth of consumer comments about the product.

Laphroaig is following in the footsteps of Lagavulin by using Frustration Marketing tactics to rile consumers with content that taps into the feeling of ennui.

Brands are foregoing the charm offensive and standing by their products regardless of public opinion. Read our Backlash Brands macrotrend to find out more.