By Gursharan Panesar and Abi Buller

Ready for Anything by Vistaprint, US

US – The online printing firm’s Ready for Anything campaign highlights how small businesses can change their offer after experiencing unforeseen disruptions.

The comedic short films, created by design agency Callen, feature a series of small business owners who each experience an unpredictable event that impedes normal operations for their company. One video presents a yoga instructor changing her services to hot yoga after a meteor has hit her studio. She credits Vistaprint for providing her with the tools to redesign her new brand identity.

Owing to the pandemic, businesses globally are dealing with an unexpected disruption that has halted or dramatically changed how they operate. With its campaign, Vistaprint is showing how small companies can power through sudden changes in a positive way.

As Covid-19 dramatically alters the corporate landscape, businesses will need to take action to change for the better. Explore the new-found opportunities for brands in our Inter-Covid Roadmap. 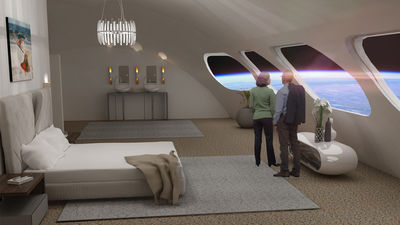 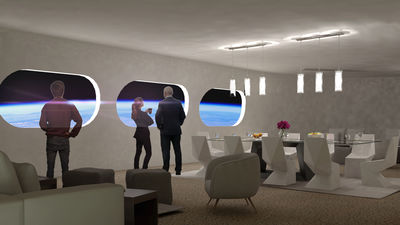 California – Orbital Assembly Corporation is developing plans for the construction of the world’s first space hotel.

With plans to begin construction in 2025, the Voyager Station could be operational as early as 2027. The space will host restaurants, a cinema, spa and rooms for 400 people. Its rotating, ring-shaped form will contain a central docking hub, assembled and connected to 24 habitation modules, along with a variety of smaller hotel suites. Alongside short-term or permanent rentals and public-facing leisure facilities, some of the modules will also be used for scientific research.

As the Voyager Station will have gravity equivalent to one-sixth of the Earth’s, guests will have an experience similar to visiting a luxury hotel – without the anti-gravity experience commonly associated with space travel. The creators of Voyager Station also hope the project will kick-start greater access to this type of tourism.

While space travel may have previously been reserved for sci-fi narratives, projects like this are making this notion a reality. We previously identified brand considerations in this area in our Into the Void trend within The Immortal Brand. 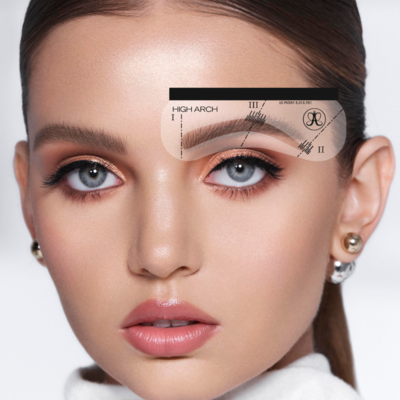 The Brow app by Anastasia Beverly Hills, US

US – The make-up brand has launched a smartphone application that uses augmented reality (AR) to advise users on eyebrow care.

After downloading The Brow app, users complete a quiz that assesses their current eyebrows, the eyebrows they aspire to have and their grooming expertise. Based on their answers the app will create the optimal eyebrow and via AR filters, the user can try on the brows. Consumers can adjust the colour, size and style of the eyebrow and then will be provided with grooming and make-up application advice.

‘This app analyses your face and finds the perfect shape for your unique bone structure,’ explains Soare. ‘I am so excited to share with you the magic that you would find in my salon is now available on your mobile phone,’ she continues. 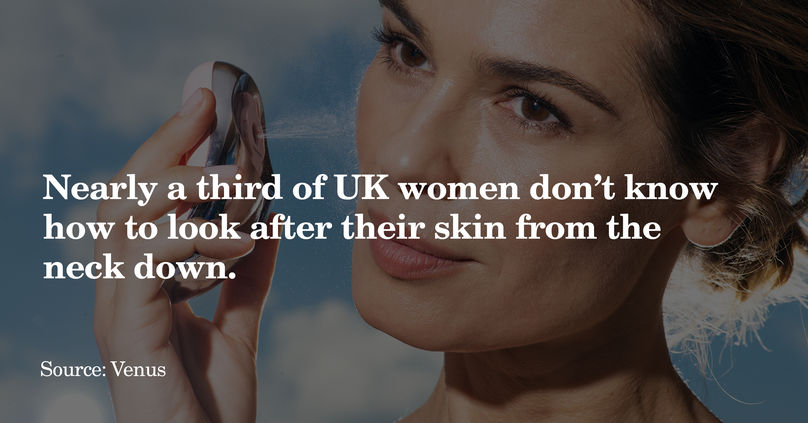 Many women in the UK neglect their skin beyond taking care of facial routines and body hair removal.

According to a study by Venus, almost a third of UK women admit they don’t know how to look after their skin from the chin down, with some 76% placing the most importance on looking after their face. Of those surveyed, almost one fifth (17%) said they spend more than 30 minutes a week on facial skincare, but just under five minutes on their legs (41%) and arms (45%). Despite this lack of attention to bodycare, some 61% of respondents admit to experiencing concerns such as dry or irritated skin after shaving.

‘While most us of us will think nothing of spending most of our time and money on our facial skin, our bodily skincare routine rarely extends beyond some hastily applied body cream and a cursory shave in the shower,’ says Dr Ewoma, an ambassador for Venus.

We’ve been tracking shifts in bodycare and hair removal in recent years, identifying the ways that brands are promoting a body-centric approach to skincare.