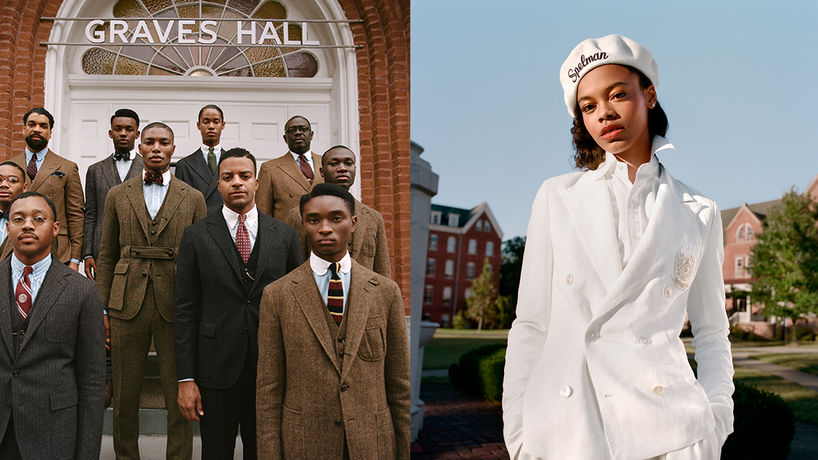 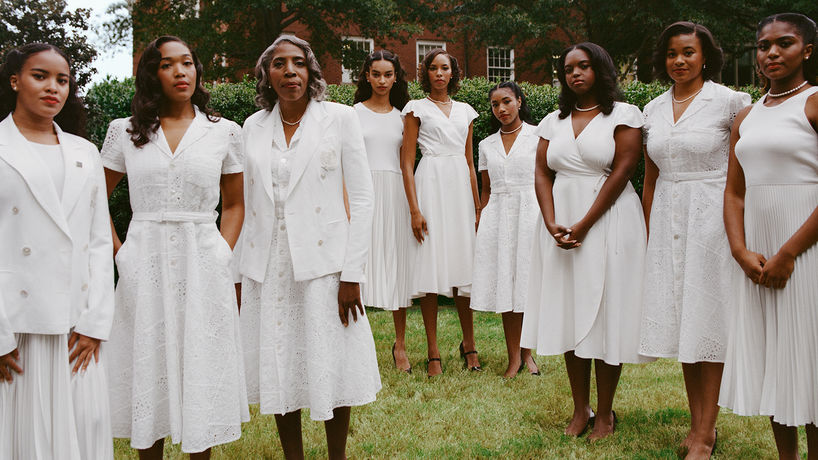 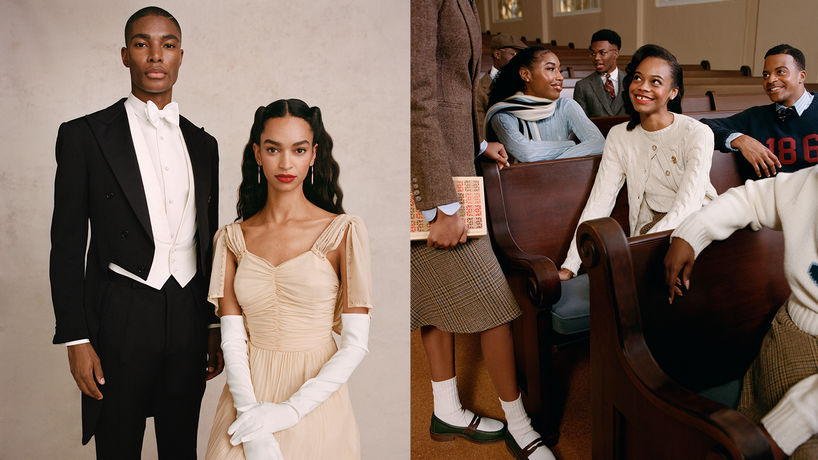 Broadening the scope of its American collegiate style, the fashion house has launched a limited-edition capsule collection inspired by the two schools’ heritage and traditions. Spearheaded by Morehouse and Spelman alumni who work for Ralph Lauren, the project also marks the first time the company has created a campaign starring an all-Black ensemble, including the photographer, creative director, cinematographer and models. As well as being available in selected stores, the collection will be on sale at Morehouse College and Spelman College campus bookstores.

For a company whose historically white image has long pushed a vision of the American Dream, the collaboration marks Ralph Lauren's desire to diversify its scope, in the vein of Heritage Refashioned. ‘It’s so much more than a portrayal of a collegiate design sensibility. It’s about sharing a more complete and authentic portrait of American style and of the American dream,’ explains Lauren.

It's now vital to include the voices of those from marginalised communities when developing every aspect of marketing, going beyond diverse model recruitment 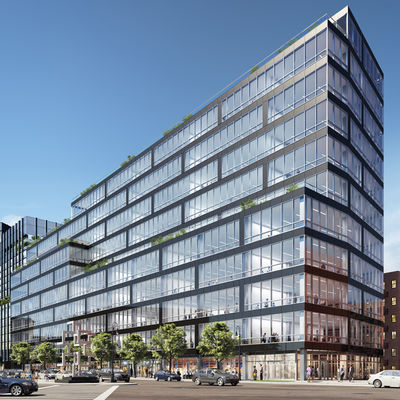 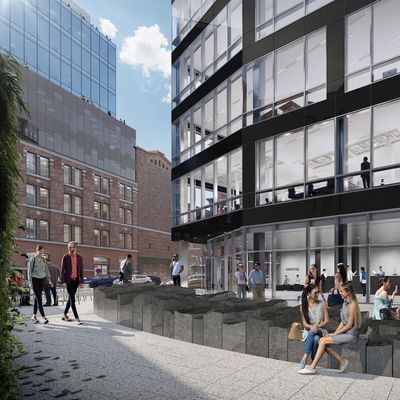 New York – The Taystee Lab, a 350,000-square-feet laboratory complex, is opening in West Harlem, linking the neighbourhood’s scientific, academic and creative industries in one vast space.

Unlike most science institutes, the Taystee Lab has both commercial and communal areas, including a public restaurant and retail space. The structure also pays homage to the borough's history by being named after a former bread bakery that once existed on the site, further cementing its links to the culturally rich neighbourhood.

As science becomes ever-more intertwined with our lives, we're seeing the emergence of intersectional spaces – where different subjects, sectors and communities overlap – in Equilibrium Cities such as New York.

What can your company do to support the resurgence of science? Companies should consider teaming up with science facilities to better implement eco-consciousness in their businesses

Liverpool, UK – The department store is welcoming a Barry’s fitness studio into its Liverpool flagship store, recognising the mutual benefits of the cross-sector tie-up. While the studio will offer conventional services such as exercise classes and protein shakes, it will also allow customers to test fitness apparel and equipment from brands such as Lululemon. Together, Flannels and Barry’s will host joint events that appeal to their overlapping customer base.

Through this partnership, the brands are recognising the importance of using retail space for activities beyond transactional experiences. ‘We see great synergies, and we think it’s going to be important in the future that [retailers] bring differentiated experiences into stores to make the high street relevant,’ explains Michael Murray, incoming CEO the Frasers Group.

By experimenting with community-focused programming that bolsters customer loyalty and store memorability, Flannels is tapping into the Destination Retail Redux we've been tracking. 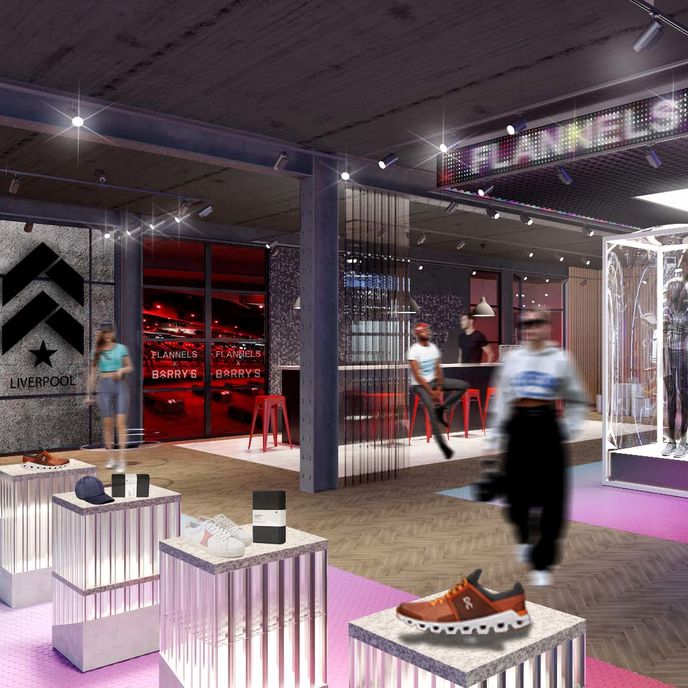 In order to surpass e-commerce, retailers should organise engaging in-store events that also allow customers to try out new products before making a purchase 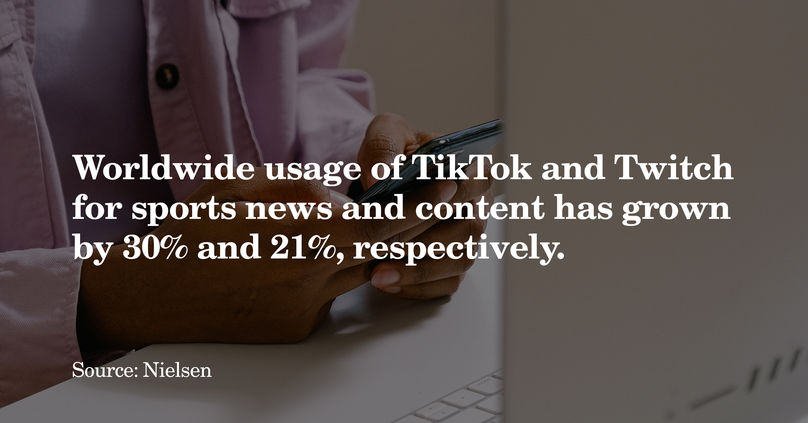 While sports coverage has long relied on traditional channels such as television, social media platforms such as TikTok and Twitch are gaining ground in this area. Data from Nielsen reveals that worldwide usage of TikTok and Twitch for sports news and content grew by 30% and 21%, respectively, between April 2020 and August 2021.

According to the research, this growth follows a number of successful partnerships that show how social content can drum up excitement around sports events – namely TikTok and the Euros 2020. Nielsen also found that one-third (32%) of consumers use social media platforms while watching sports, which rises to 43% among Generation Z audiences, highlighting opportunities for brands to reach young sports fans in digital spaces at live moments during sports.

Given these figures, brands can capitalise on live social media engagement through virtual fandom strategies that directly target sports fans.

Brands should consider partnering with both sports organisations to gamify the virtual fandom experience. How might you bolster the enjoyment of watching sports through online competitions or merchandise drops?