Soho House collaborates with members for innovation, a pocket device makes medical analysis even easier and Baby Boomers are standing with Ukraine.

Soho House taps into its members to develop beauty products

Soho House taps into its members to develop beauty products 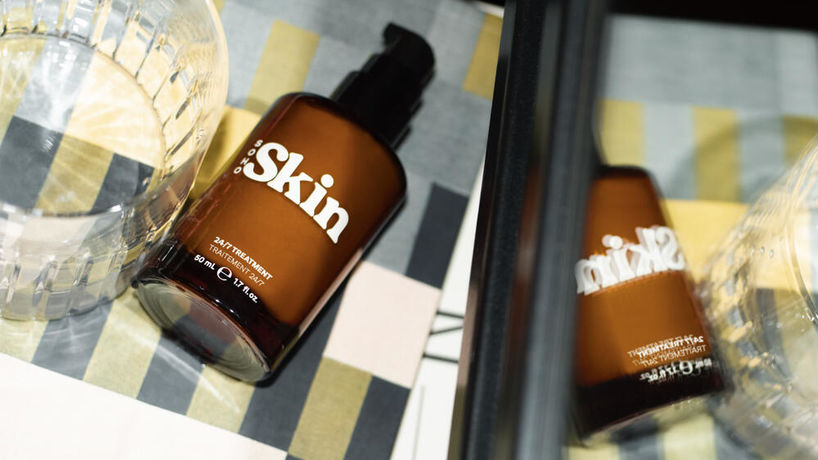 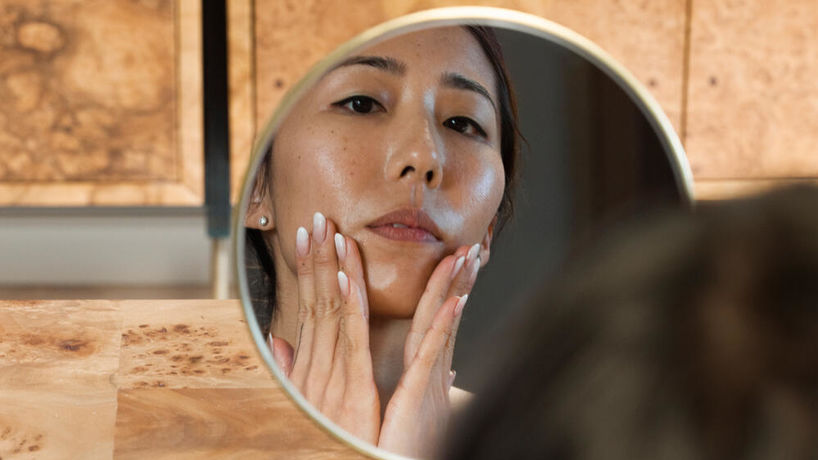 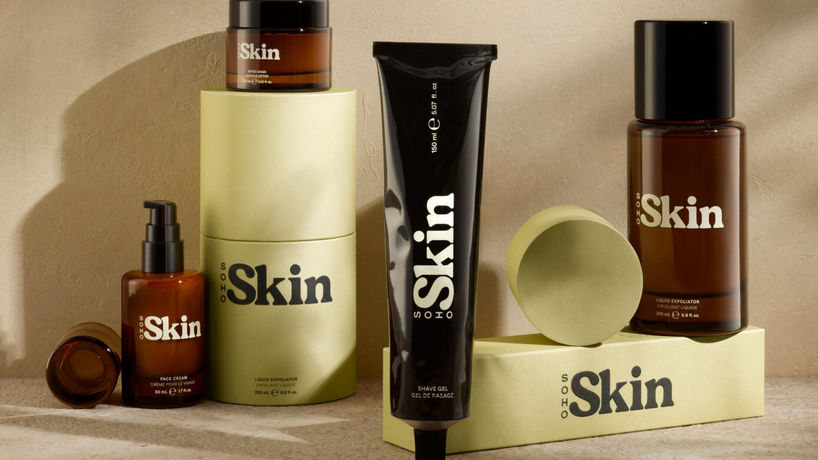 London – Building on its spas and Cowshed products, global hospitality and lifestyle brand Soho House has created a skincare line that harnesses its most valuable resource – its members.

The new range, Soho Skin, was developed by professionals who were guided by the advice, suggestions and needs of Soho House members. The debut collection consists of 11 products, all of which are created locally in the UK and calibrated to the tastes and preferences of its end users. The 24/7 Treatment, for example, combines fermented ingredients and magnesium to brighten and revitalise skin that has been exposed to hectic, travel-heavy lifestyles.

By crowdsourcing opinions for product development, the hospitality company can ensure it is catering for its members’ preferences and evolving habits. The company is also realising that its greatest value comes from the creatives and experts who make up its network, pushing the idea of Feedback Frontiers into new territories. 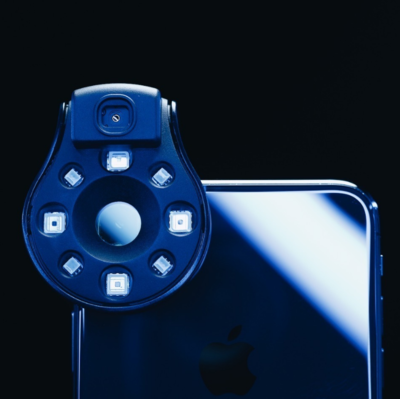 The Swift Ray 1 device attaches to a smartphone camera and allows seamless collection of clinical data beyond human observation by either a patient or carer in any setting. It can detect deep tissue injuries, infections and inhibited healing with the promise to help the 8.2m patients in North America alone suffering from chronic wounds and beyond (source: Business Wire). Swift Medical also emphasises that the device was designed for excellent results across skin tones, ensuring that its technology can be used by people of all races.

The innovation comes amid a boom in mobile health technology. Our African Mobile Technology Market identified the rise in M-health, or mobile health, across the continent, spotlighting both hardware and software solutions. Swift Medical’s announcement extends this trend to the North American market, drawing attention to the underserved field of wound care.

France – Following poor voter turnout in recent elections, civil rights organisation A Voté is partnering with Tinder in France to galvanise young people to cast their votes in the 2022 presidential election.

Between February and April 2022, Tinder users aged 18 to 25 will encounter Swipe Cards on the app that explain how to vote in April’s elections. The initiative aims to raise awareness about how to re-register to vote after moving addresses, which is one of the primary reasons for voter abstention among this age group.

With more than 7m of the country's residents still not registered to vote, the bulk of whom are members of Generation Z, the campaign aims to prevent the outcome of the 2021 regional elections, which had a record low turnout and an abstention rate of between 66% and 68%.

Although similar voting social media campaigns were prominent during the US elections, Tinder demonstrates how European countries stand to gain from a more targeted approach. By empowering the French youth market, the company is fostering the next generation of politically savvy citizens. 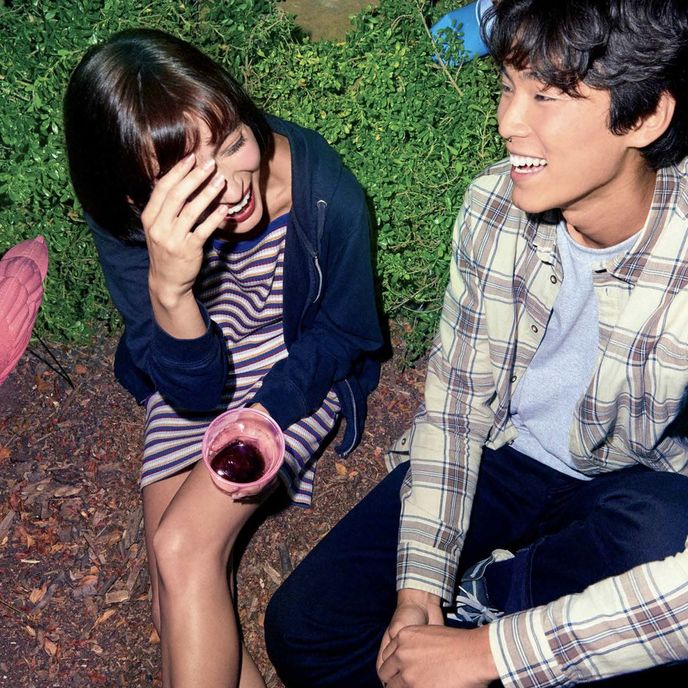 Tinder U by Wieden+Kennedy New York, US

Companies can help keep the electoral process alive by rewarding young customers that engage with elections. Consider offering discount codes to those who vote 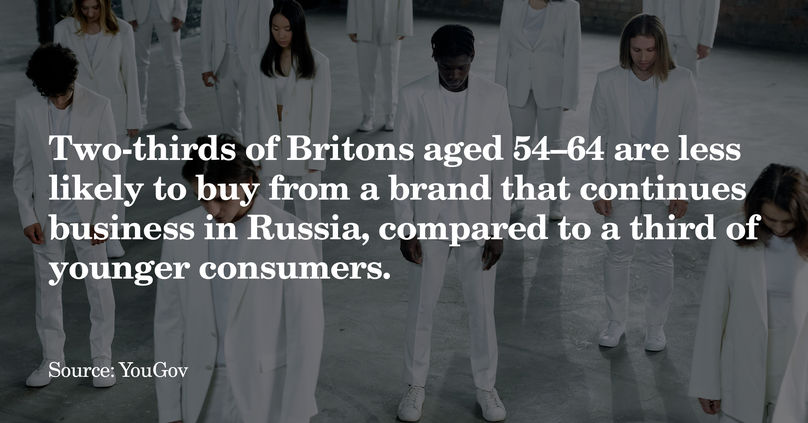 UK – As consumers and businesses react to the Russian invasion of Ukraine, older consumers are the most likely to avoid brands that continue to operate in Russia, according to research from YouGov cited by WARC. Almost two-thirds (65%) of those aged 54–64 say they are less likely to buy from brands that do not take a stance, compared with just 33% of those aged 18–24.

While 68% of respondents agree it’s important for brands to take a stand on the Russian invasion, older consumers are more consistent when it comes to acting on this. Surpassing the 54–64 age group even further, 67% of those aged 65+ let a brand’s Russia stance guide their purchasing choice.

Older consumers’ position on the Russian invasion shows how our Civic Brands macrotrend proliferates beyond values-driven Millennial and Gen Z consumers. Five years after we unveiled the trend, this research demonstrates how a purpose-driven approach to commerce and consumption dominates across age groups. While younger consumers are known to prioritise social justice and sustainability when they shop, it is clear that every age group has social or political concerns that feature meaningfully in their purchasing decisions.

Brands must look beyond the needs of younger consumers when courting social movements. With major purchasing power, older generations have the drive and financial means to effect change through commerce