A hotel soap infused with glamour and hedonism

This video game lets players pretend to be politicians 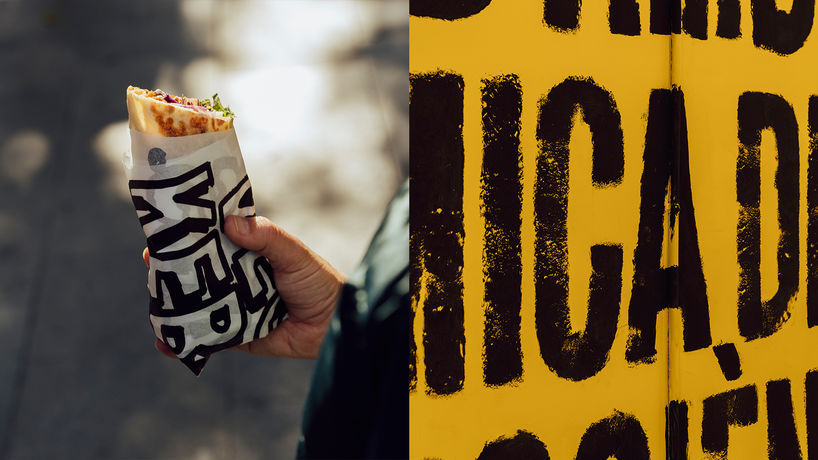 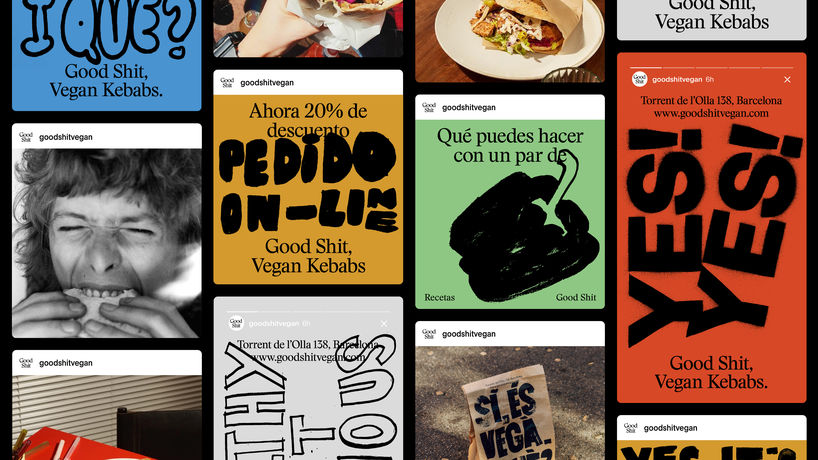 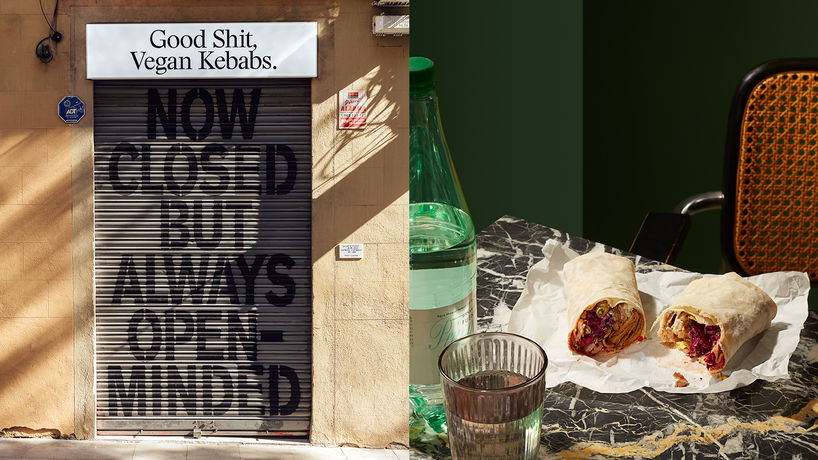 Barcelona – The plant-based kebab shop is taking inspiration from the art of protests in its branding in a bid to reframe associations with veganism. Using ‘expressive and spontaneous protest graphics’ to inform its black and white typography, the branding shuns the conventional planet-positive design cues commonly found in plant-based communications.

Created with local advertising agency Usted and design studio Pràctica, Good Shit integrates important messaging on nutrition, environmental concerns and animal welfare, while avoiding a lecturing approach. Its name, Good Shit, balances the idea that the kebabs are consciously made, while not shying away from being a fast-food brand. ‘Good Shit needed to express much more than just the idea of selling kebabs – the issue behind it is very serious: the survival of the entire planet,’ explains Anna Berbiela, co-founder of Pràctica. ‘So, the activism is there, but the idea was to present it in a light-hearted way.’

Such branding demonstrates how the notion of Vibrant Veganism is evolving to align with the youth-led, future-positive design language of Graphic Activism.

Such branding can expand the reach of plant-based options to broader audiences. Thinking beyond food communications, brands using alternative, planet-friendly materials and services should take note of this approach

A hotel soap infused with glamour and hedonism 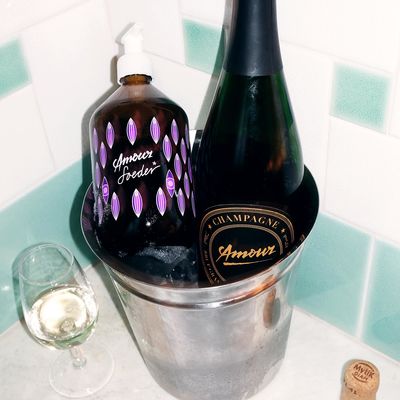 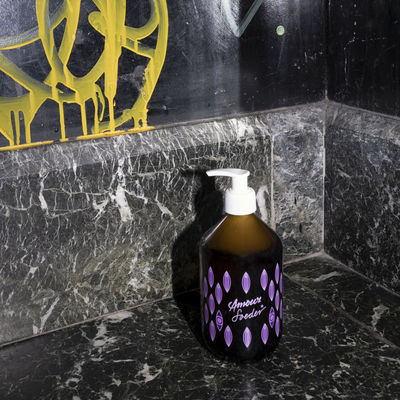 To evoke the atmosphere of nightlife, the companies took inspiration from the negroni cocktail, an aperitif that has surged in popularity among late-night drinkers. By taking a cocktail as a starting point, the companies seek to channel the glamour of vintage hotels. Mixing fun with sustainability, the soap is made from completely natural components such as saponified, cold-pressed oils from organic farming, wheat protein and honey. It will be available at all Hotel Amour locations and sold in Soeder stores.

Instead of relying on the usual health and wellness tropes, Hotel Amour is using the recent rise of Decadence Hotels that are hearkening back to an era of grandeur and indulgence in hospitality.

How can your company inject a sense of fun and adventure into souvenirs? Consider drawing inspiration from old-world grandeur to tap into the recent revival of opulence

This video game lets players pretend to be politicians

US – Recognising an uptick in political interest in recent years, Political Arena is a video game enabling players to pretend to be politicians. The focal point of the game is about accruing power, with players starting by creating their own politicians and picking a limited number of points to spend on skills and character traits. The game, which was funded in a Kickstarter campaign, is set to be launched later this year.

While the game is both entertaining and escapist – allowing players to ‘seek fame or infamy’ through scandals and high-stake campaign strategising – its creators also hope to educate audiences about how the government works. ‘It’s weird that you can role-play just about any experience in life... but you can’t play a political campaign,’ says Jess McIntosh, former press secretary and adviser for Political Arena. ‘It just feels like understanding how and why our politics happen is more important than ever.’

Here, Political Arena empowers gamers to explore and express their values – while enriching their learning. In this vein, explore the trend of Activism Gaming, where players are showcasing their social, ethical and political values in gaming worlds. 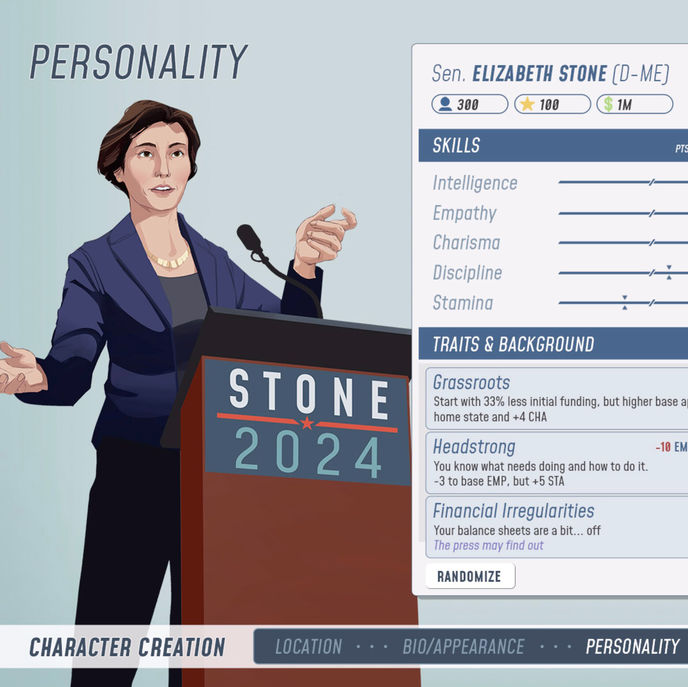 Political Arena by Wayside Press, US

As people increasingly spend time in gaming worlds, brands and organisations have an opportunity to provide enriching, educational content in virtual realms. How might your brand express its values in digital spaces? 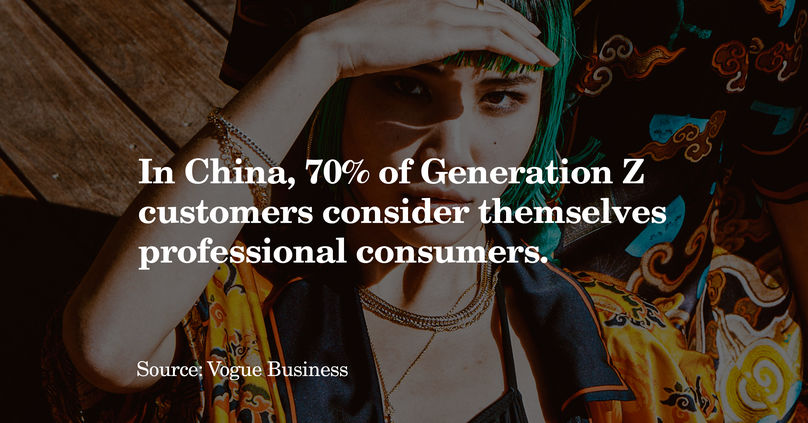 Young Chinese consumers are setting themselves apart from previous generations by taking a more informed approach to shopping. According to research by Vogue Business, 70% of Generation Z shoppers in China consider themselves to be professional consumers.

Motivated by competitive prices rather than brand loyalty, this consumer category is becoming known for its restraint and research. Before making a purchase, for example, this group will assess their needs, do their homework and shop around before committing to one option. Only 19% of respondents described themselves as ‘trend followers’, while only 14% regarded themselves to be ‘excessive shoppers’.

As consumers become more discerning and sensible in their purchasing decisions, China’s E-commerce Market will need to adapt to this trend by boosting pricing transparency and comparison.

China’s savvy shoppers can see through the smoke and mirrors of marketing. Consider integrating helpful features like price comparisons and notifications when items go on sale to attract this consumer group