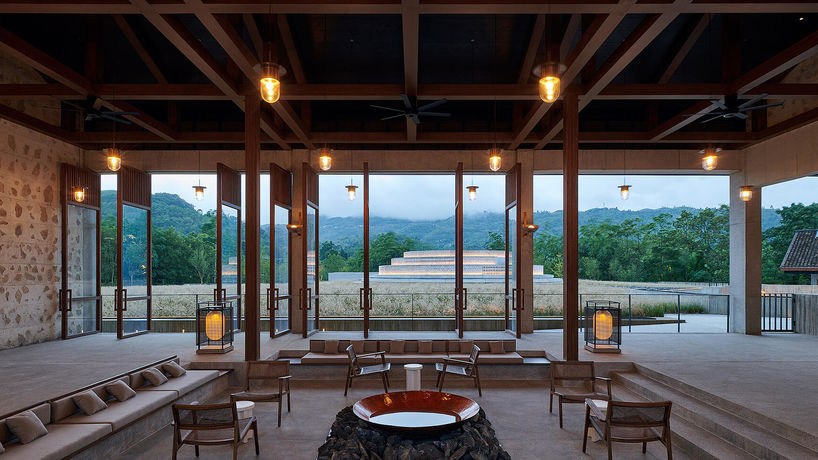 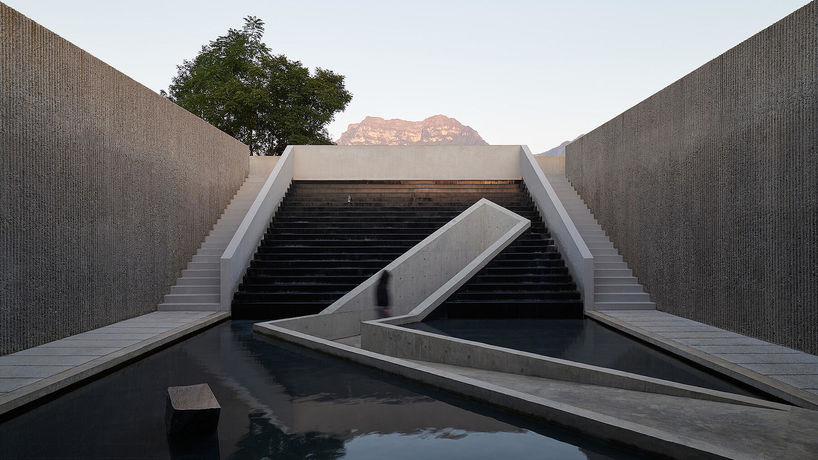 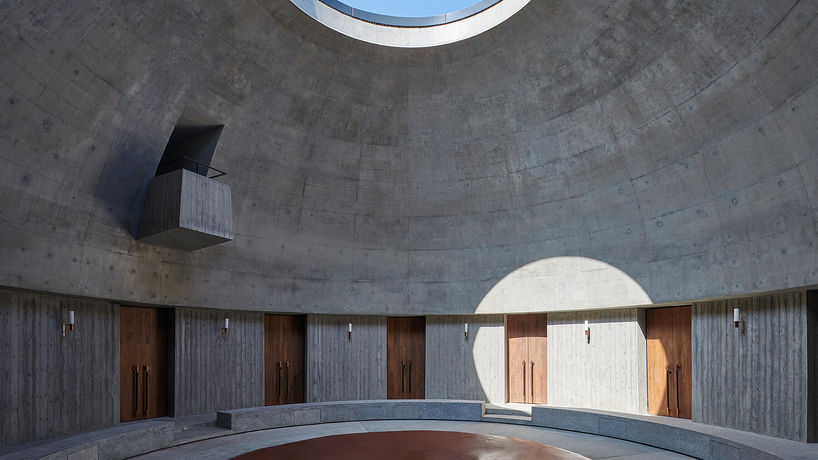 Emeishan, China – In celebration of whisky’s growing popularity in China, Pernod Ricard has unveiled its first distillery in the region, situated in the city of Emeishan. As well as being a functional distillery, the site will also bolster local tourism – with its visitor centre set to open in 2023, and a permanent art programme hosting contemporary Chinese artists.

Seeking to break away from traditional associations with whisky, The Chuan Malt Whisky Distillery takes inspiration from China’s Mount Emei – a UNESCO world heritage site that forms a backdrop for the space. Created by architectural practice neri & hu, the design balances the opposing ideas of strength and fluidity through continuous reference to the natural world. As part of its sustainability goals, Pernod Ricard will also nurture local terroir and circular operations.

Through this approach, Pernod Ricard seeks to firmly establish its Terroir Spirits on an international stage. Philippe Guettat, chairman and CEO of Pernod Ricard Asia, says: ‘From its refined products to design, The Chuan Malt Whisky Distillery will set new standards for single malt whisky and immersive experiences for both Sichuan and China.’ 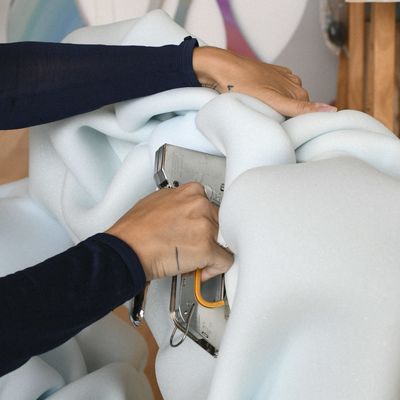 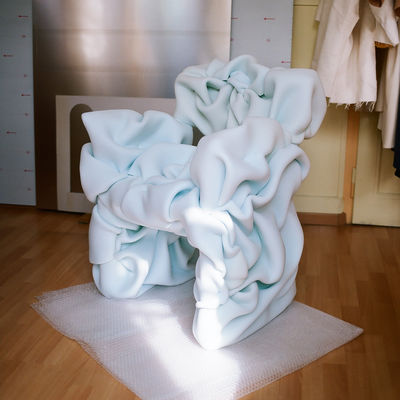 Stockholm – Bringing together craftspeople from 12 different countries, Face Lift is a design directory for upholsterers that aims to give soft furnishings a second life. Launched by Swedish furniture manufacturer Massproductions, the service connects users in need of re-upholstery with restorers across the world.

Instead of discarding worn-out sofas and armchairs, the visual database recommends nearby craftspeople that could repair the items. By taking a local approach, the service aims to minimise the carbon emissions generated by transporting furniture.

In a bid to elevate the art of repair and to demonstrate the creative potential of restoration, Massproductions enlisted designer Flora Mottini to create a one-off piece to launch the programme. The resulting chair is a sculptural piece informed by science fiction, surrealism and psychedelia.

As furniture companies across the globe launch take-back schemes to address the end-of-life aspects of their products, Face Lift is taking responsibility for the environmental impact of its production processes and aligning itself with the Regenizens.

Consumers are increasingly searching for companies that offer post-product care. By launching a repair initiatives, brands have a chance to strengthen customer relationships and be more sustainable

Miami and South Korea – Fashion school Istituto Marangoni Miami (IMM) is launching a metaverse-based scholarship in partnership with South Korean social media app Zepeto. Offering £36,900 ($50,000, €44,100) of funding, the initiative aims to inspire the next generation of fashion designers to develop skills for the virtual world.

To apply, students are invited to create a capsule collection of virtual garments designed in the Zepeto app. Five winners will be selected from current IMM students, while another five will be chosen by the public. In this way, the partnership is preparing students for a future in which Immaterial Fashion is the norm. Hakan Baykam, president and CEO of Istituto Marangoni Miami, explains: ‘Through this partnership with Zepeto, we are teaching our students the importance of engaging with the next generation of consumers through the virtual world.’

Such initiatives also reflect the growing need for innovation in the education sector, as the realities of longer lifespans and hyper-connected living usher in a rethink for conventional modes of teaching and learning. 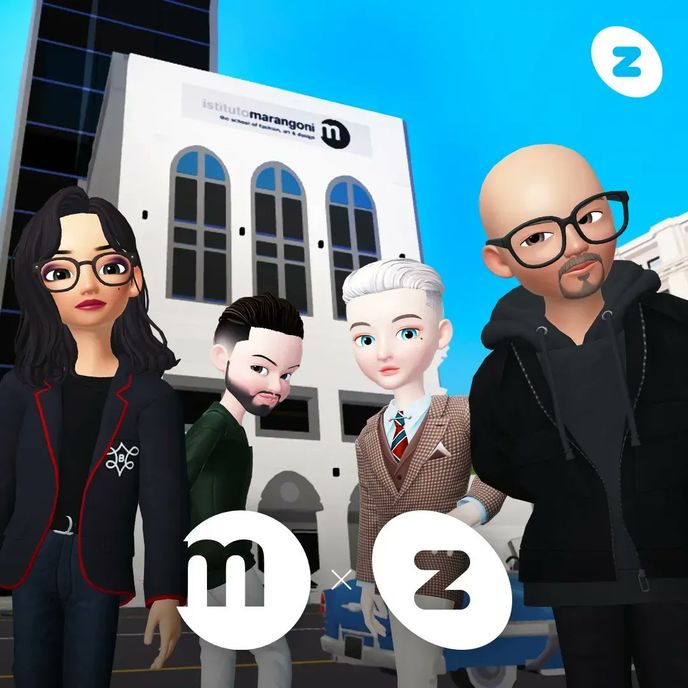 Istituto Marangoni Miami and Zepeto, US 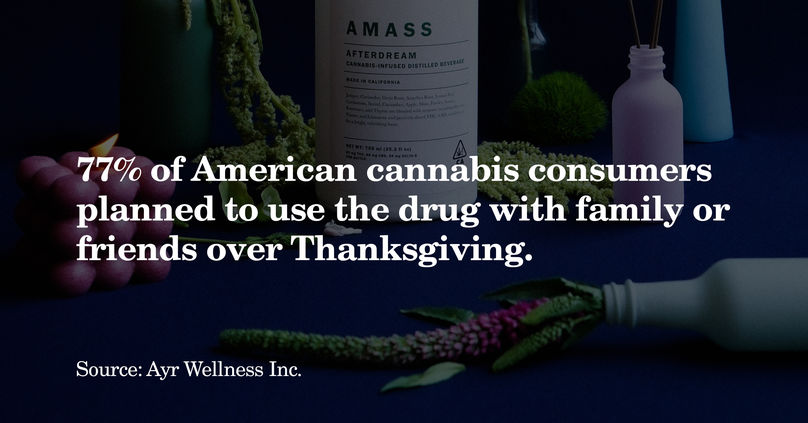 A recent survey by multi-state cannabis company Ayr Wellness and global insights platform Suzy suggests that American attitudes to recreational drugs are changing. This Thanksgiving, 77% of American cannabis users planned to use the substance with family or friends.

As the holiday season approaches, many cannabis users intend to use the drug to unwind during the festive period. Of the 1,300 Americans that took part in the survey, 25% said that seeing extended family over the holiday period was stressful. Tellingly, 76% of parents who are cannabis consumers planned to use the substance to deal with holiday-related anxieties. Even more noteworthy, 40% of users plan to consume cannabis openly in front of family and friends – demonstrating how perceptions around light recreational drug use at family gatherings might be changing.

As more consumers integrate cannabis products into their wellness routines, the preconceptions around the drug are shifting. With the rise of Female Highs and CBD products promoting the healing benefits of cannabis, the substance is finding its place in new holiday rituals.

Holidays can be stressful and advertising should reflect this. Instead of picturing images of the perfect nuclear family, companies should look at what’s really happening in today’s holiday rituals