US – In her inaugural partnership with sportswear giant Nike, the tennis player is championing the diverse design apprentices who worked on the collection. Launched by Nike’s Serena Williams Design Crew (SWDC), the collection is the result of 18 months of work from a team of 10 creatives from under-represented backgrounds. The designs include apparel, footwear and accessories, integrating colours that complement diverse skin tones along with experimental proportions that represent the flow of playing tennis.

The sportswear collection, and its marketing communications, shift the focus away from the prestige of its celebrity ambassador and towards the group of emerging talent behind the scenes. ‘This programme is an opportunity for people who otherwise may have never had a chance to design for the biggest sport company in the world,’ says Serena Williams. ‘I hope this propels these designers in their careers and their lives.’

As brands step in to nurture the next generation of design talent, Williams's initiative reflects the ideas we explore in Alumni Incubators.

It’s no longer enough to rely on influencer endorsement. In an age of celebrity creative directors, find ways to spotlight the real talent who work behind the scenes 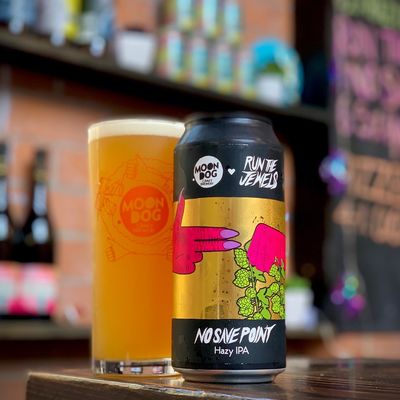 No Save Point IPA by Run The Jewels in collaboration with Moon Dog, US 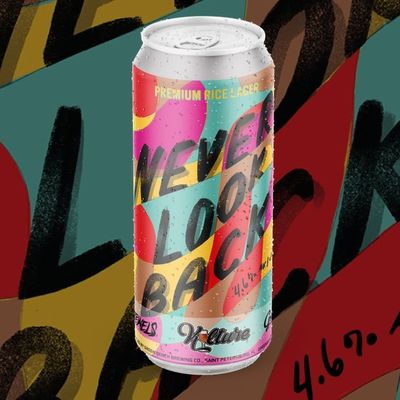 Never Look Back craft beer by Run The Jewels in collaboration with St Petersburg’s Green Bench Brewing Co, US

US – Responding to the lack of people of colour in the craft beer industry, hip-hop duo Run the Jewels' latest brewery collaborations amplify Black arts and culture.

The music group is partnering with Black beer festival Barrel & Flow to launch its latest IPA, Blockbuster Night Pt. 1, at a physical and virtual event. The flavour of the beer comes from terpenes – the aromatic compound derived from cannabis. By creating a ready-to-drink product with a focus on community, Run the Jewels diverges from conventions in the craft beer industry and approaches the sector through a diverse perspective centred on the Black experience.

Food and drink brands are connecting with audiences at a local level. Seek community-based initiatives that you can support in a way that is relevant to the nuanced behaviours of diverse consumer groups

Japan – The beauty brand is supporting consumers in creating effective skincare routines through its contact-free Skin Visualizer device. Focusing on the skin’s foundation, the device is being used in stores to measure the radiance, smoothness and resilience of the skin. Data from the Skin Visualizer is presented in the form of a triangular graph, allowing Shiseido professionals to suggest products based on the device’s findings.

Customers can also keep their make-up on while the device works, providing a seamless method for offering expert analysis in stores. ‘Developed through many years of research by Shiseido, the device is designed to help bring beauty out from the skin's foundation, rather than merely solving problems on the surface,’ explains a Shiseido press release. ‘Because it requires no physical contact to produce its visualisations, the user experience provides a sense of safety and peace of mind.’

Its suitability for all skin types, combined with its touch-free design, feeds into growing demands for Touchless Beauty, a trend we explore more in Recuperative Living. 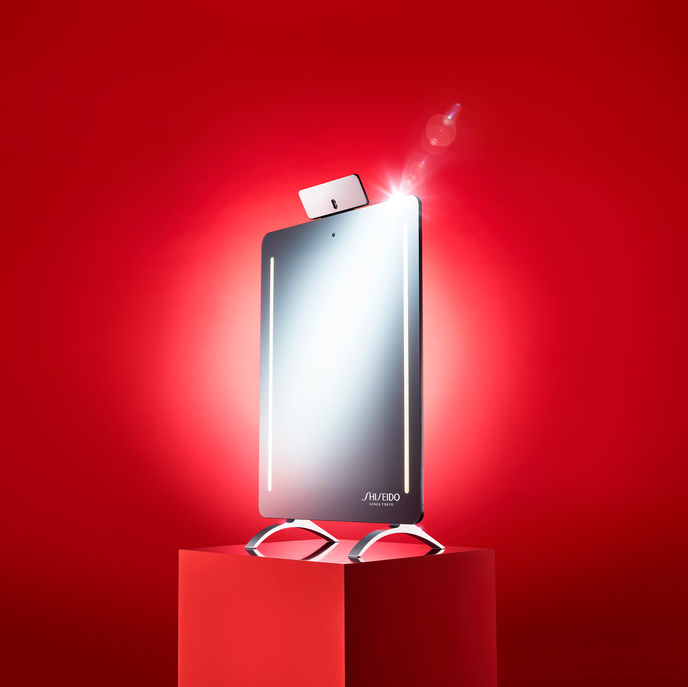 Looking beyond the in-store experience, such tools also have the potential to be recreated for at-home use. When developing beauty technologies, companies should prioritise easy-to-use, contact-free formats 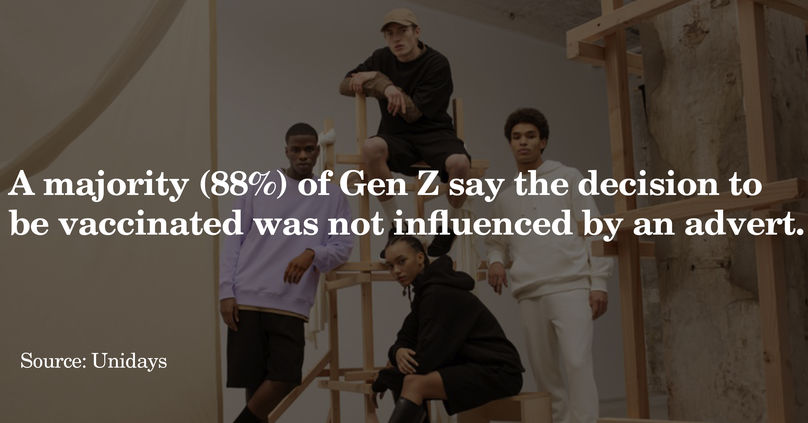 While many brands have taken the opportunity to target Generation Z through vaccine campaigns, research by Unidays finds that adverts had very little influence on young people’s decision to be vaccinated.

According to the global study, a majority (88%) of Gen Z said that the decision to be vaccinated was not influenced by an advert. And while 44% of respondents said they had seen advertisements about the vaccine, the opinions of friends and family played a bigger part in their decision.

With these figures in mind, brands should consider alternative ideas such as offering shopfloor space for vaccinations. ‘With Gen Z, it’s not always who is delivering the message, but how it’s being delivered,’ says Alex Gallagher, chief strategy officer at Unidays. ‘Young people don’t want to be told; they want to be heard and they want to be involved.’

We'll be exploring more Gen Z insights at our Youth & Media Futures Forum on 2 December. Keep an eye on our Events page for tickets.

Across sectors, brands should think beyond one-note marketing efforts when it comes to Covid-19 and Gen Z. Instead, work with healthcare providers to offer certified vaccination information and space for temporary vaccine centres