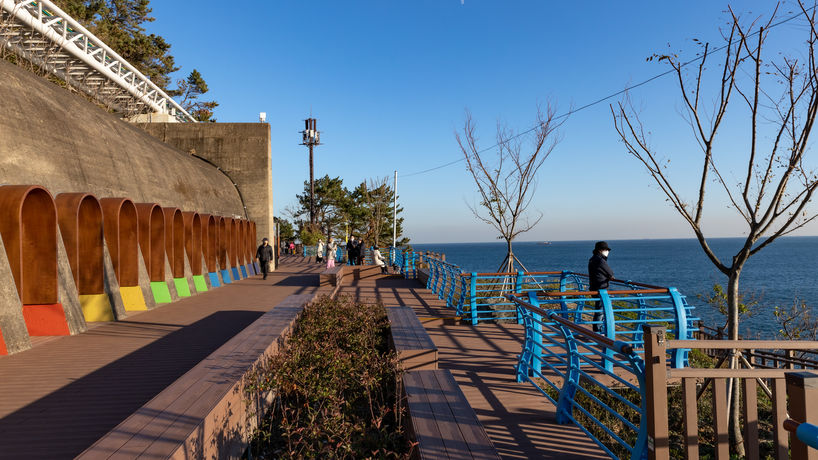 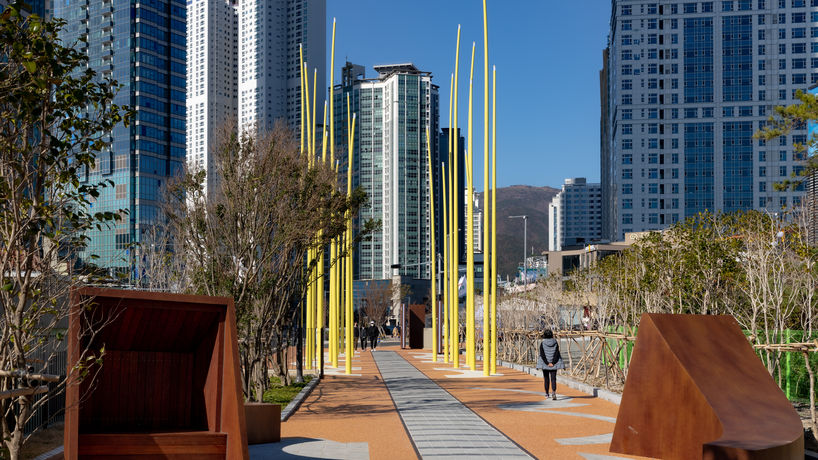 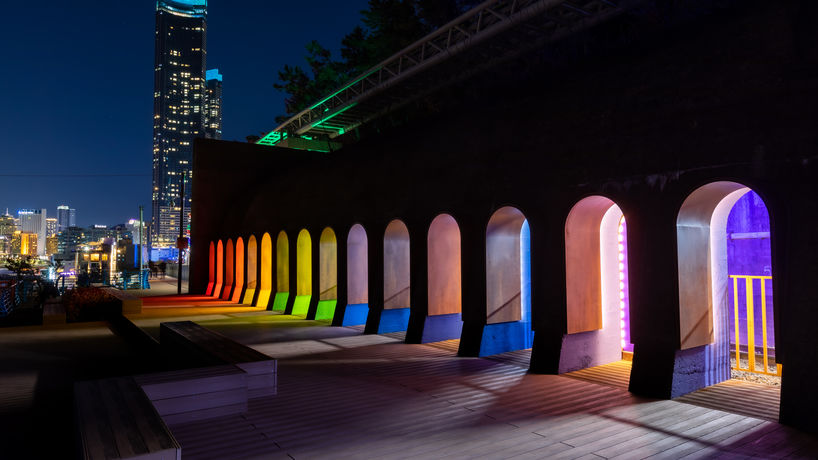 South Korea and Milan – The South Korean coastal city of Busan has restored a disused railway to provide an enriching urban area for locals.

Dubbed Blueline Park, the linear development extends over 5km of coastline overlooking the Sea of Japan. Created with architecture studio Migliore + Servetto, the park route begins in the modern district of Haeundae and is divided into three areas. Beginning at Mipo railway station, the Blueline Park route then extends to the fishing village of Cheongsapo and ends at the historic station of Songjeong, a popular seaside resort in the area. To elevate the area between the stations, a panoramic cable car has been positioned alongside the route, while disused infrastructures lend themselves to multi-purpose communal spaces.

Further elements which repurpose the land include vegetable gardens and public green spaces to benefit local residents. According to the architects, ‘the project does not erase the past but instead draws on and reinterprets it.’

Across the globe, citizens are seeking such receptive and equitable cities to improve their quality of living. 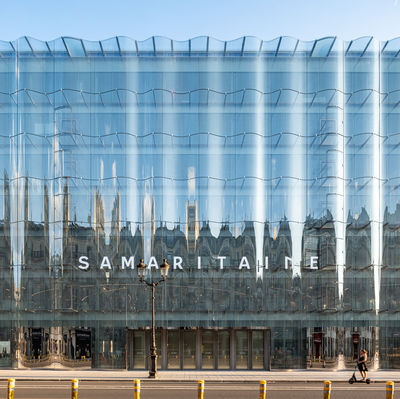 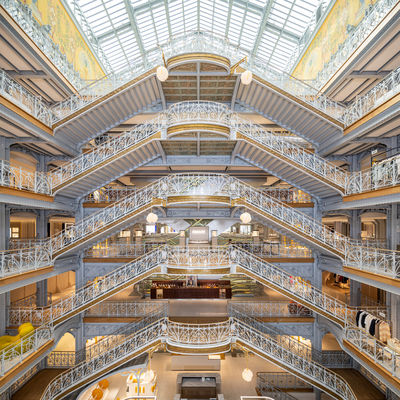 Paris – After almost a decade of redevelopment, luxury goods group LVMH has unveiled its revamp of heritage department store La Samaritaine, catering for affluent shoppers while bolstering the livelihoods of Parisians.

The historic store, situated in Paris’ Right Bank, has undergone a seven-year renovation process involving around 800 craftspeople. The upgraded store will host about 600 brands with 50 exclusive brand partnerships. It will also include a luxury rooftop hotel, restaurants and a beauty studio and spa, among other services.

Beyond its retail offering, the complex will also benefit the local neighbourhood by creating some 3,000 jobs, alongside a nursery for about 80 children and 96 public housing units. Bernard Arnault, chairman and CEO of LVMH, says: 'The completion of this project, which both creates jobs and promotes a unique Parisian art de vivre around the world, is also a great source of pride for our group in France and in Paris.'

Set to launch in Germany later this year, before rolling out across Europe in 2022, this strategic partnership will bring several thousand beauty products from more than 300 prestige brands to the Zalando site. Through this initiative, both brands are tuning into the interests of their customers and recognising the potential for beauty and fashion retailers to benefit each other.

‘Beauty represents a huge and exciting opportunity for us, with the online beauty market still largely untapped in Europe,’ says David Schneider, co-CEO at Zalando. ‘As a one-stop destination for fashion and lifestyle, we want to empower and inspire Zalando customers to find the perfect choice of fashion and beauty in one place and at the same time give our brand partners a platform for their digital success.’

Discover our Retail and Beauty verticals for more about e-commerce innovations in both of these sectors. 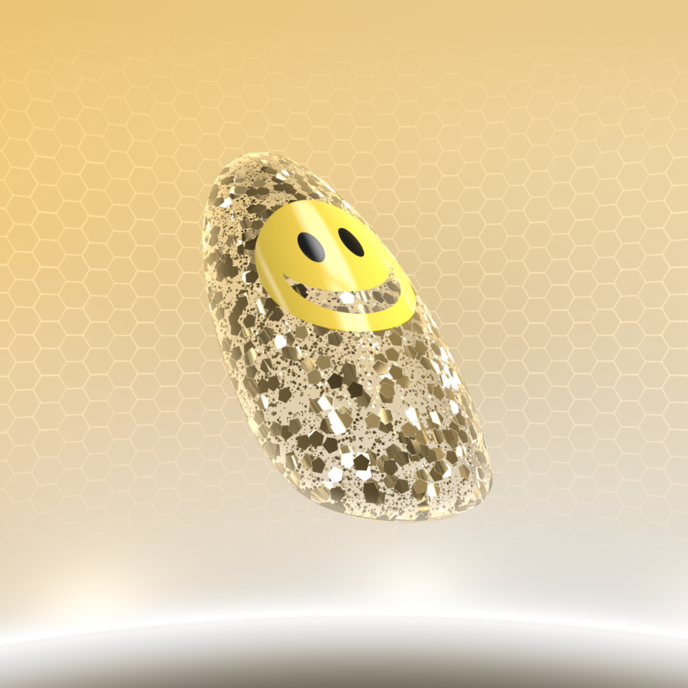 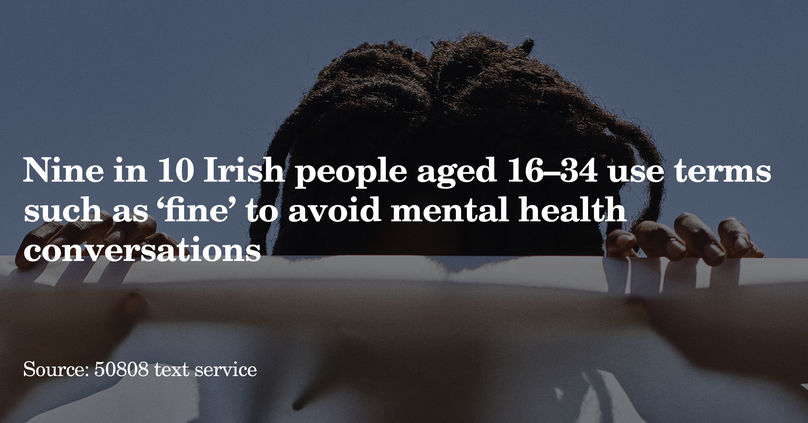 A campaign in Ireland reports that young people in the region avoid mental health discussions, with nine in 10 admitting that they cover up mental struggles by deflecting conversations about it.

The study of almost 2,000 people conducted by Irish mental wellbeing text service 5080 found that more than half (55%) of 16–34-year-olds find it difficult to talk about how they feel even though they want to. Its resulting campaign, #GetPastGrand, is designed to stimulate more open conversations about mental wellbeing – recognising that many young people in Ireland use terms such as ‘fine’, ‘alright’ or ‘grand’ to cover up their true feelings.

With these findings in mind, Modern Therapy brands and services have an opportunity to promote discussions about mental wellbeing among young people.