Building on its annual Global Change Award, led by its non-profit Foundation, the collection provides a creative format for quantifying the investment needed to scale up entrepreneurial innovations within the sustainable fashion space. Dubbed the Billion Dollar Collection, this digital garment range represents 10 start-ups – all previous winners of the award who were selected based on their breakthrough material innovations.

Each item in the collection comes with a price tag ranging from £43,000–£86.2m ($60,000–$120m, €50,000–€100m), reflecting the estimated funding that H&M believes is needed to scale up the various technologies – which range from algae-based thread to textiles made from stinging nettles. ‘We have worked with innovators for many years now and their biggest hurdle to realis[ing] their ideas is funding and support to build scalable technology solutions,’ says Diana Amini, global manager of the H&M Foundation. ‘They also need collaboration partners like fashion brands and suppliers.’

H&M is highlighting the importance of funding and partnerships in the sustainability sector. To discover more actions shaping the future of sustainability, explore our dedicated vertical. 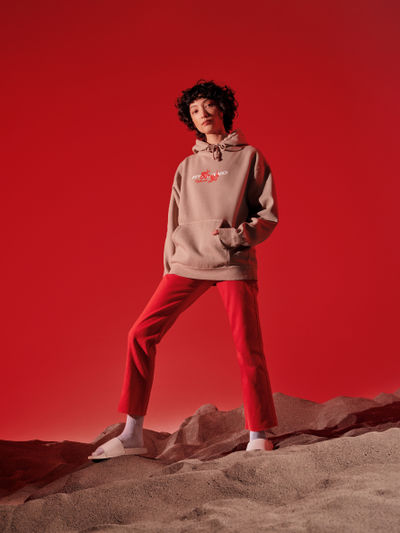 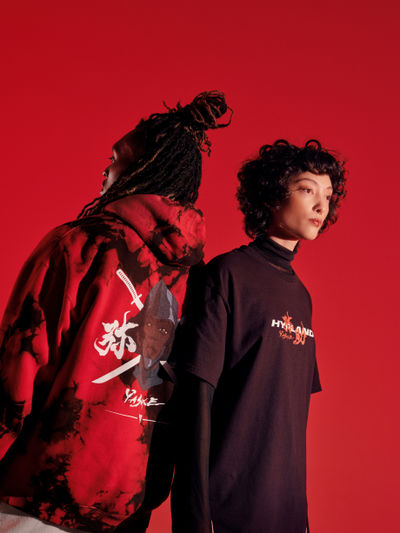 US – The tv and film streaming platform is tapping into the rise of fan culture through the launch of an online merchandise store.

Tapping into the powerful fanbase of its various shows, the Netflix.shop sells limited-edition apparel, lifestyle merchandise and collectibles. Products available at its launch include streetwear and action figures based on anime series Yasuke and Eden, alongside clothing and decorative items inspired by the French crime thriller Lupin.

This new e-commerce venture allows Netflix to expand its product line through partners such as Target and Walmart, diversifying its revenue streams beyond its classic monthly subscription fee. By connecting with fans through the booming merchandise industry, it also allows Netflix to tap into the market for hype.

By making a foray into the e-commerce space, Netflix is prepared for the Multimedia Storefronts we predict will infiltrate the retail landscape in the coming years. Read more about this trend in our Feedback Frontiers report. 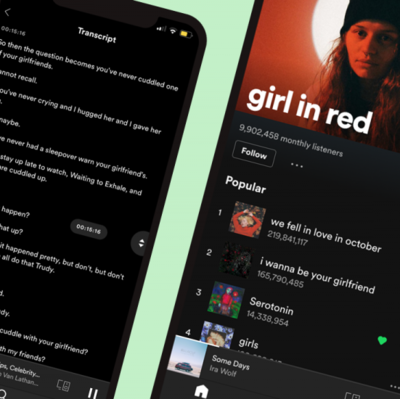 Launching in limited beta mode, the update will initially be available for its own Spotify Exclusive and Original shows, with the aim to eventually roll out the feature across all podcasts on the platform. Users then have the choice of engaging with the transcripts with or without sound. This feature will allow the brand to reach new listeners, including those who are D/deaf and partially deaf.

Tapping into wider inclusivity needs from a visual perspective, the new feature is accompanied by a larger typeface option and changes to the colour, format and size of buttons on Spotify. ‘We care deeply about creating an inclusive experience, which is why we’re working with people with disabilities to conduct user research and plan to evaluate and assess our ideas on an ongoing basis,’ reads a statement by Spotify.

Recognising the accessibility barriers in everyday technology, brands are responding to offer enhanced useability for those who are differently abled. 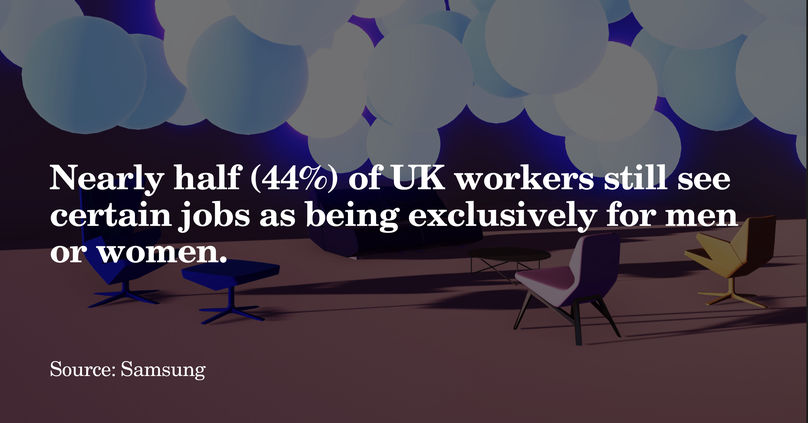 Gender bias remains prominent in UK workplaces, according to research from Samsung, which reveals that many people still associate particular job roles and skills with either men or women.

The survey shows that nearly half (44%) of UK workers believe certain roles are either suited to men or women, finding that men are more than four times more likely than women to have perceived leadership skills (23% versus 5% for women), while women are associated with qualities such as empathy (45% versus 4% for men).

But the research notes that progress is being made, with over half (62%) of respondents believing the CEO role is gender-neutral. Charlotte Grant, head of inclusion and engagement at Samsung UK and Ireland, says: ‘Companies have an active role to play in tackling this, creating a culture where conscious inclusion is a part of everyone’s everyday and where actively challenging bias becomes the norm.’

As Jamie Holtum, strategy director at FutureBrand London, says, empowering women in their careers is intrinsically linked with economic growth, and brands must play a part in driving this change.

Retail : Society : Travel & Hospitality
Load More
You have 2 free News articles remaining. Sign up to LS:N Global to get unlimited access to all articles.
Discover Our Memberships Sign in