Get Smooth Again by A$AP Rocky and Klarna, Sweden

Its multimedia campaign includes a short film starring A$AP Rocky – recently announced as a shareholder of the company – returning to the streets of New York after its longest lockdown. Emerging from home in an old dressing gown, passers-by tease him about his tired threads, before A$AP Rocky clicks the Klarna app to find a sharp new outfit.

With a sign off to ‘Drop your lockdown look’ and ‘Get smooth again’, the campaign promotes Klarna’s role in facilitating frictionless shopping and payments. David Sandström, chief marketing officer at Klarna, says: ‘A$AP Rocky’s innovative mindset and his impeccable sense of style and creativity paired with Klarna's shopping services is the perfect match that will lead us all out of fashion hibernation and encourage everyone to get out and express themselves again.’

As we explore in our Outside Insiders trend, businesses are beginning to embrace such external influence to connect with audiences in new ways. Discover this insight in Elastic Brands. 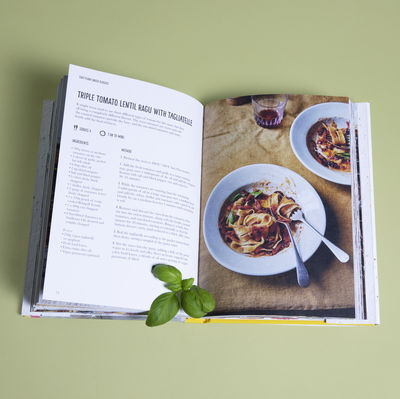 UK – With consumers exploring self-sufficient lifestyles and ways to grow their own food, ingredient brand Merchant Gourmet has launched a vegan cookbook with a seeded cover that an be planted at home.

Developed with creative studio Uncommon and coinciding with the brand’s new strapline ‘Appetite for Change,’ The Simple Plant-based Cookbook features accessible plant-based meals, with ingredient lists that include Merchant Gourmet’s ready-to-eat pulses, grains and chestnuts. With plant-based living now a larger lifestyle shift, the cookbook also highlights more than 60 ways that readers can live more consciously – one being to plant its seeded paper cover to grow herbs such as basil, parsley and oregano.

‘We needed something extra to get the conversation going, so we came up with the cover to bring focus on Appetite for Change,’ says Jonas Roth, creative director at Uncommon Creative Studio. ‘We thought it was a smart way to get Merchant Gourmet’s green dream manifested in something physical and tasty.’

Through the book’s wider lifestyle focus, Merchant Gourmet is using its expertise to educate consumers, something Beyond Meat has also done in providing school education for children about plant-based foods. 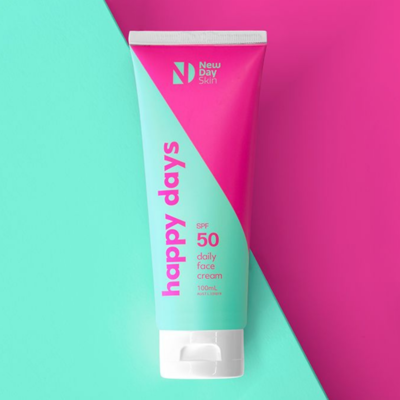 Australia – While parents often struggle to encourage teenagers to use sun protection, New Day Skin is stepping in to spread awareness – and use – through youth-centric products and communications.

It’s catering for a gap in the market with a daily SPF range aimed at tweens and teens that avoids the usual branding tropes associated with children’s suncare. Launched with two daily face creams – Happy Days and Good Vibes – the products offer a more appealing sun protection experience thanks to bold branding and a fresh scent.

Its ambition is to encourage children to ‘voluntarily apply sunscreen as part of their morning routine, just like cleaning their teeth or brushing their hair,’ according to a statement on the brand’s website. Angela Tallon, co-founder of New Day Skin, says: ‘Our number one mission is to protect our children while also empowering them to take responsibility for their own health and wellbeing.’

With sun damage continuing to be a major health concern, Sylvie Giret, founder of Skinergies, spoke to LS:N Global about why SPF products need to move from protection to prevention. 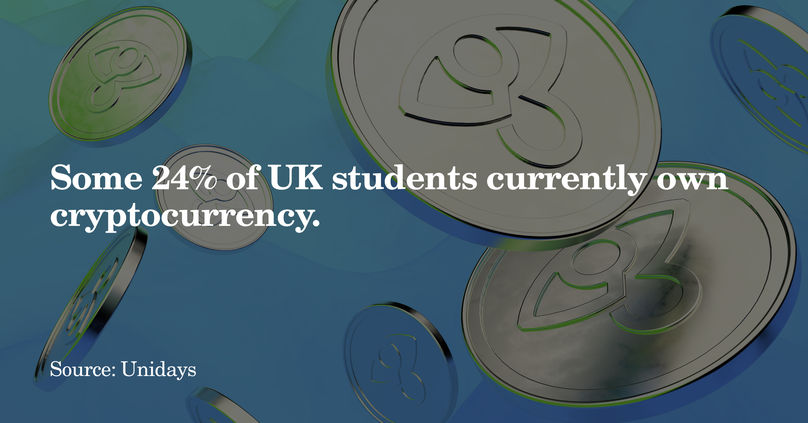 The adoption of cryptocurrencies is growing among UK students, offering an incentive for retailers to explore and integrate alternative payment methods.

According to a recent study by student discount platform Unidays, about a quarter (24%) of students in the UK own some form of the digital asset, while a third intend to buy cryptocurrency within the next three months. Meanwhile, 40% of those surveyed believe that cryptocurrency will replace traditional currency in the next 10 years and 43% think that retailers should offer it as a payment option.

‘Cryptocurrency markets may be extremely volatile now, but our results show that many Gen Zers see its long-term potential as an alternative and more democratic value system,’ says Josh Rathour, CEO at Unidays. ’The fact that many of them want retailers to accept crypto as payment is food for thought for brands looking to connect with Gen Z.’

While we’ve identified Generation Z as having a conservative attitude to money, their progressive mindset regarding digital assets reveals this group's sense of Crypto-loyalty is on the rise. For more on this, read our Alternet Economies macrotrend.