The Pebble by Otherware with Pentatonic and Pharrel Williams, global

The product, known as The Pebble by Otherware, is the first item from the partnership. It comprises an outer case and holds a re-usable set of cutlery, a straw and chopsticks, in a bid to reduce people’s use of single-use plastics. It can also be clipped onto a bag for portability. Tapping into Pentatonic's circularity ambitions, the plastic case and implements are made from recycled CDs.

While the design was originally created as a sustainable option for festivals and commuting, hygiene concerns emerging during the pandemic have made the product especially relevant. ‘A dining set that stays with you wherever you go offers peace of mind, avoiding communal sources of cutlery when eating and drinking anywhere that's not home,’ reads a statement from Pentatonic.

As some people remain tentative about dining out or even at others’ homes, cutlery for personal use could become more appealing. In our new Sustainability series, we explore other innovations for eco-conscious living. 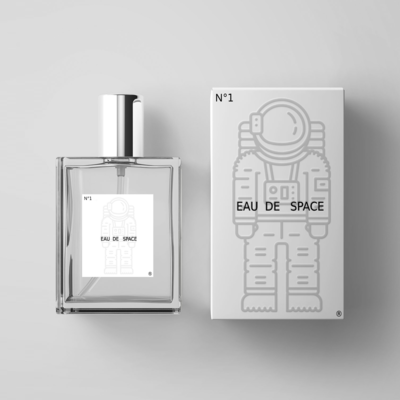 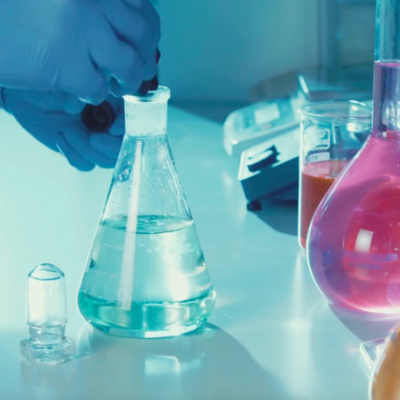 The scent is being promoted and sold via a public-facing Kickstarter campaign, with pledgers able to purchase a £12 ($15, €13) bottle for themselves, and a second bottle for donation to K-12 STEM programmes around the world, to support experiential education. The fragrance also aims to encourage discussion and awareness between the public, parents, teachers and scientists about the importance of STEM education.

NASA originally worked with Steve Pearce, chemist and founder of Omega Ingredients, to develop the fragrance, which has to date been used to help astronauts to acclimatise themselves to outer space environments before launching into orbit. Eau de Space is based on interpretations from astronauts who’ve visited space previously, many of whom describe space as smelling smoky, fruity or rum-like.

Imaginative and boundary-pushing fragrance formulations are on the rise, but the educational slant represents a new direction for perfumers and fragrance brands. For more on new directions in scent, explore our microtrend New Fragrance Frontiers.

The fully recyclable and plastic-free bottle is the first of its kind for the mainstream whisky market, and is intended to form a blueprint for other branded alcohol and drinks bottles.

The innovation comes as part of a larger initiative between Diageo and FMCG groups Unilever and PepsiCo to launch Pulpex Limited, a sustainable packaging technology company.

Ewan Andrew, chief sustainability officer at Diageo, says of the launch: ‘We’re proud to have created this world first. We are constantly striving to push the boundaries in sustainable packaging and this bottle has the potential to be truly ground-breaking. It feels fitting that we should launch it with Johnnie Walker, a brand that has often led the way in innovation throughout its 200-years existence.’

While brands including Evian and Carlsberg have previously experimented with recyclable and paper bottles, Diageo’s innovation pushes paper packaging into the luxury spirits market. In Bio-bottles, we explore other plastic alternatives catering for increasingly eco-conscious consumers. 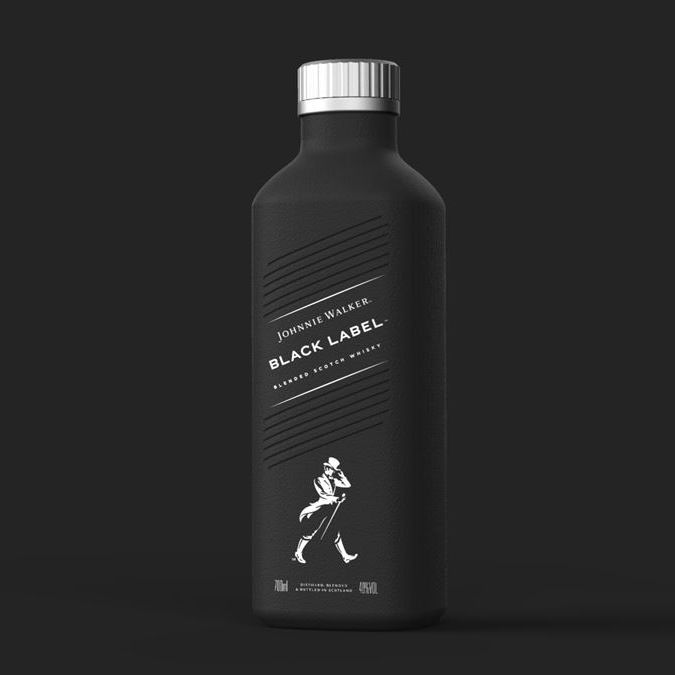 Diageo in partnership with Unilever and PepsiCo 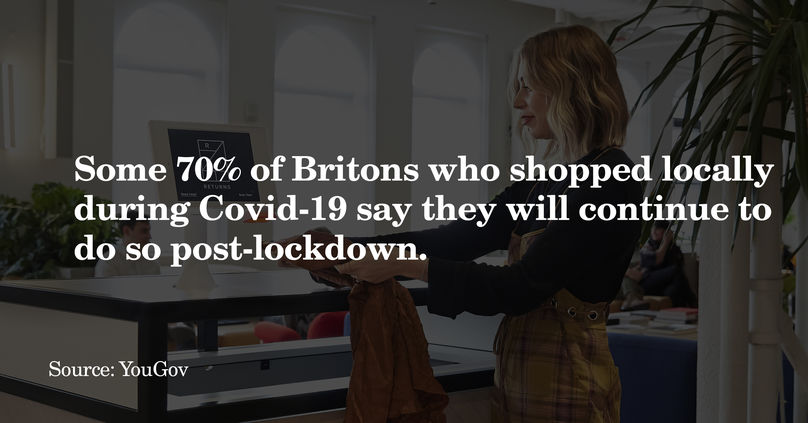 Recent data from YouGov shows a changing attitude among British people wanting to shop and support local businesses as the nation moves through the first wave of Covid-19.

According to its data, almost two fifths (38%) of British people have shopped locally for food and drink due to lockdown restrictions. Of these shoppers, many continue to shop this way, even as lockdown restrictions lift. YouGov also reports that shopper priorities are changing, with more people checking the store has the item they want in stock before visiting, and that it is implementing social distancing measures.

With a view to high-density shopping malls, meanwhile, it’s anticipated that footfall could remain subdued. Some 48% of Britons say they feel uncomfortable about visiting an enclosed retail space like a shopping centre.

As retailers navigate the inter-Covid period, they will need to account for Epidemic Retail Futures and how they can seamlessly cater for consumers both in and out of future potential lockdowns.