Fanta celebrates the power of play, Instagram gets an energy-efficient redesign and US shoppers opt for plant-based pantry staples

Unlike the inspirational characters often featured in adverts, the Fanta ad draws attention to people engaging in deliberately silly activities such as running with a wheelbarrow or sliding on a table. Taking an intentionally mocking approach, the ad goes against the conventions of athletes pushing or optimising themselves, encouraging a sense of play instead.

The ad, created alongside 72andSunny Amsterdam, is part of Fanta's wider In the Name of Play campaign celebrating purposeless play. ‘All the research shows that the world needs more purposeless play and that it makes for happier, more creative and sociable people,' says Walter Susini, Coca-Cola marketing senior vice-president for Europe, the Middle East and Africa.

With its focus on enjoyment over enhancement, the ad taps into key themes explored in our macrotrend, Pleasure Revolution, in which we consider how future consumers will turn away from a life of relentless productivity. 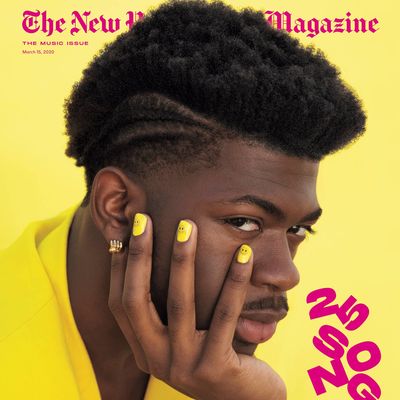 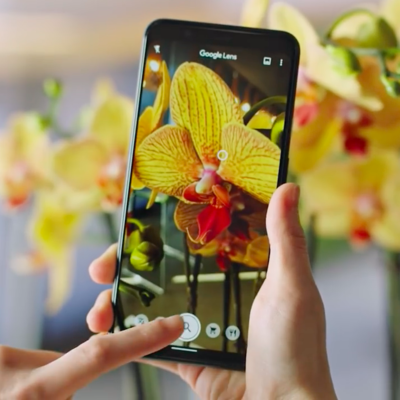 Featuring immersive video and animation, the issue aims to make the experience of reading in print more immersive by offering an additional layer of content usually reserved for online readers. The Google Lens software also allowed readers to listen to a playlist of music from inside the issue, including tracks from its three cover stars: Billie Eilish, Lil Nas X and Megan Thee Stallion.

While the magazine has previously experimented with Google Lens, the music issue is the first time the technology has been integrated into nearly every page of the magazine, including the cover. The multimedia experience was conceived to show how print and digital readership can complement each other. 'We know that many print readers already read with their phones in hand or nearby, so this is a logical next step,' says Jake Silverstein, editor-in-chief of The New York Times Magazine.

As we explore in our Interactive Listening listicle, smartphones are adding new layers to the listening experience as consumers embrace a variety of interactive apps and AR tools revealing greater meaning behind the music.

UK – Design studio Normally is exploring how to redesign the internet to be more energy-efficient – starting with Instagram.

The project, called Post Abundance, presents a version of Instagram that uses significantly less energy. The redesigned platform functions by replacing the automatic image- and video-loading preset with text, giving users the option to only load the images they’re genuinely interested in seeing. While scrolling, they are presented with simple descriptions, such as ‘a cup of coffee and croissant on a wooden table’, and can choose whether to view the full image.

Designer Tom Jarrett was prompted to rethink his own digital footprint when his research showed that his carbon output for one week was the same as taking a flight from London to Zurich. He also discovered that his social media usage accounted for more than a third of his personal energy consumption.

Faced with the true impact of the internet’s carbon footprint, we must consider the role of design and responsible data management in our online habits. For more, read our Sustainable Data Centres microtrend. 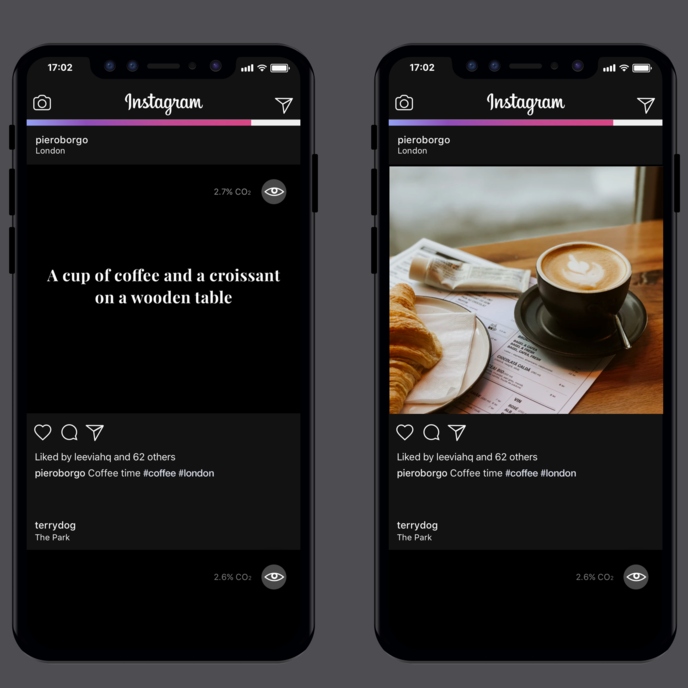 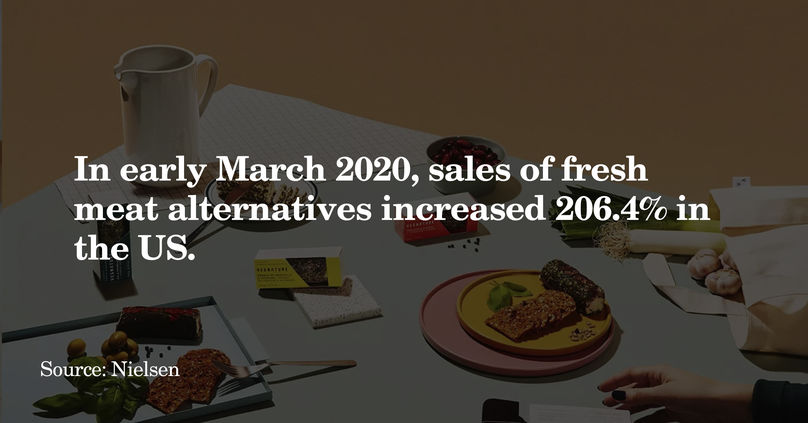 Data from Nielsen shows US shoppers have been filling their shopping baskets with plant-based foods as Covid-19 spreads.

In a surge of panic buying, sales of a number of alternative grocery items rose in the first week of March. Oat milk sales increased by 347.3%, while sales of plant-based meats were up by 206.4%, compared to last year. Demand for more traditional staple items also rose, including dried beans (62.9%), tuna (31.2%) and dried milk (126.3%).

As consumers come to terms with increasing uncertainty surrounding the impact of coronavirus, their consumption habits are changing rapidly and many are preparing for long periods at home. For more in-depth analysis on the impact of Covid-19 across industries, look out for our dedicated report on the global pandemic, launching here on LS:N Global on 25 March.