A hotel that rewards guests for staying offline, Adidas taps into hyperlocal design and China leads the global retail economy.

Created by studio Sing-Sing, Superfocus is available for use on desktops and as a mobile app. To create their list, users select a category such as travel, work or self, and write a goal such as ‘work out more’ or ‘learn how to be funny’, as well as selecting a due date. They then add all the smaller tasks necessary to completing the project.

To track their progress, users can select mountain mode, which uses graphic peaks and troughs to show how close they are to their goal. With no chats, connections or notifications, the interface is inherently minimal and personal. ‘It’s designed to reduce the noise of today’s technology and help you remember what you want to do and who you want to be,’ reads a brand statement.

As more workers go freelance, simple apps like Superfocus will allow them to manage their projects seamlessly, without numerous platforms competing for their attention. 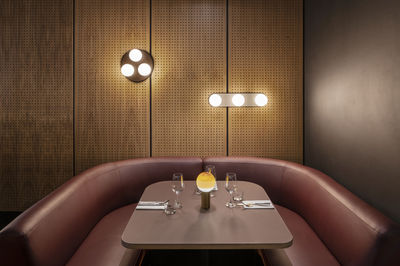 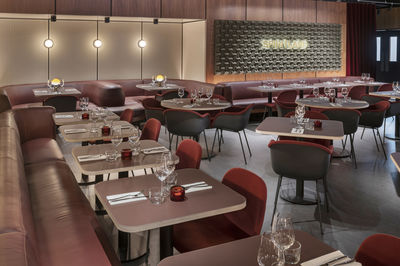 London – Spiritland has expanded its roster of spaces for music lovers with a restaurant that offers diners an acoustic eating experience.

Following the success of Spiritland’s café, radio studio and listening lounge in London's King’s Cross and a high-end audio shop in Mayfair, its new location brings together food and music at Royal Festival Hall, one of Europe’s largest arts centres. The restaurant, which offers an all-day and late-night menu, has been conceived as a dining room of sonic architecture.

Ensuring the quality of sound is as important as the culinary offering, Spiritland Royal Festival Hall is outfitted with a custom sound system featuring vintage Air Partner speakers. Acoustics also inform all aspects of the 1970s-inspired interior, from its velvet curtains and rounded leather booths, to custom ceiling and wall panels. Spiritland’s efforts to create ‘a temple to music’ will be further supported by a programme of talks and guest DJs.

To discover more spaces taking music appreciation to the next level, read our Listening Clubs microtrend.

Portland – The sportswear brand has partnered with retailer Foot Locker to crowdsource designs from local creatives.

Through co-creation, the two brands will produce limited-edition runs of sneakers, while empowering their customers to shape future footwear designs. It will also advance Adidas’ efforts to disrupt sneaker production by using its automated, high-tech Speedfactory facilities in the US and Germany. Moving forward, adidas and Foot Locker will co-create consumer-inspired adidas Made For (AM4) shoes to coincide with various cultural and sports events throughout the year.

Powered by Speedfactory, these collections can be delivered up to 36 times faster than industry-standard production times. ‘This initiative allows us to get closer to market and deliver products that are created from local and cultural insights to engage and excite our customers,’ says Andrew Gray, vice president and chief merchandising officer for Foot Locker North America.

By combining co-creation and accelerated production, the partnership reflects an evolution of our Fast Fabrication microtrend. 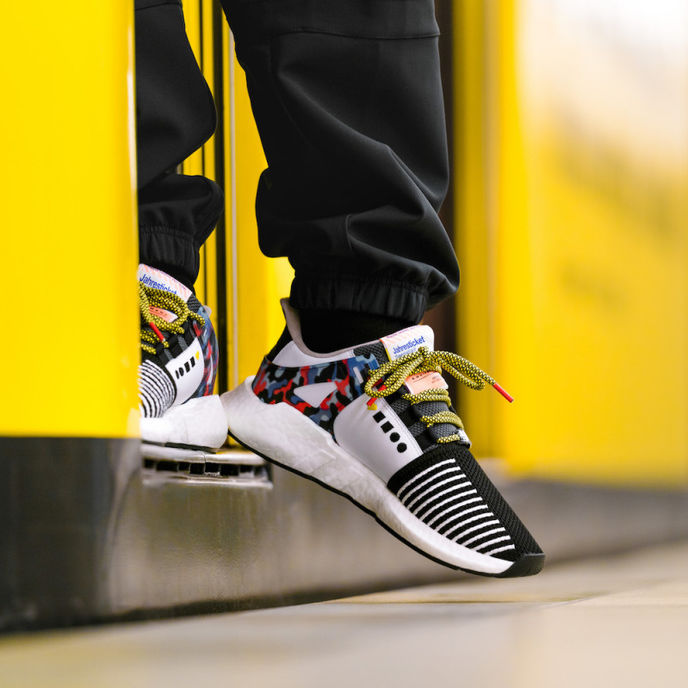 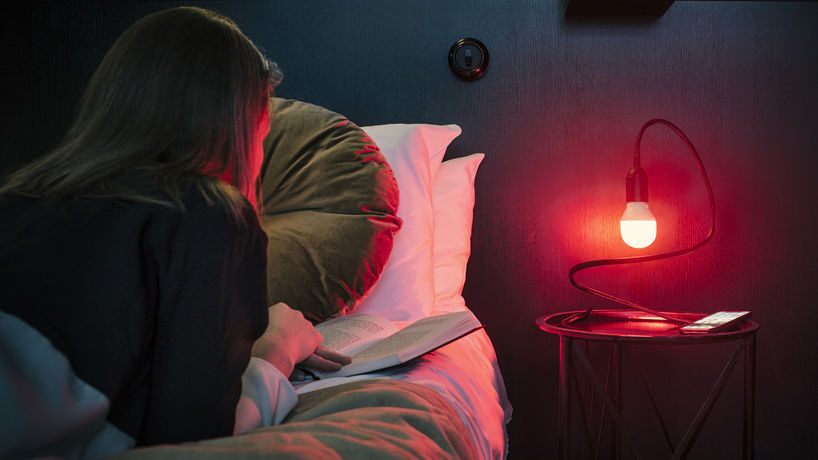 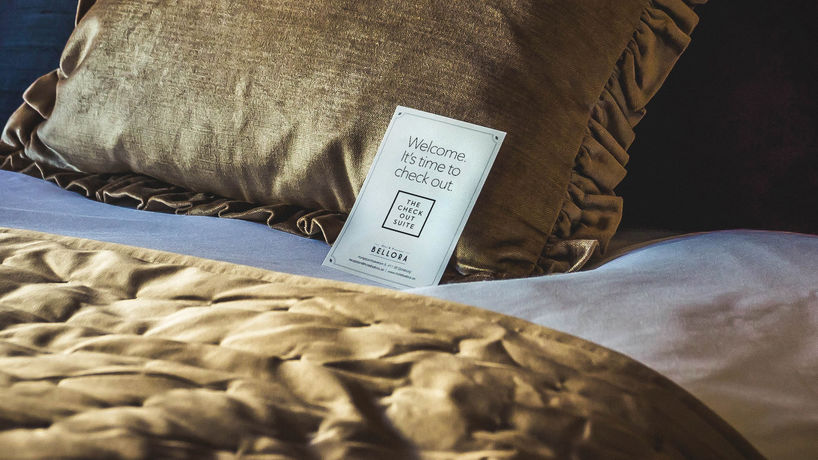 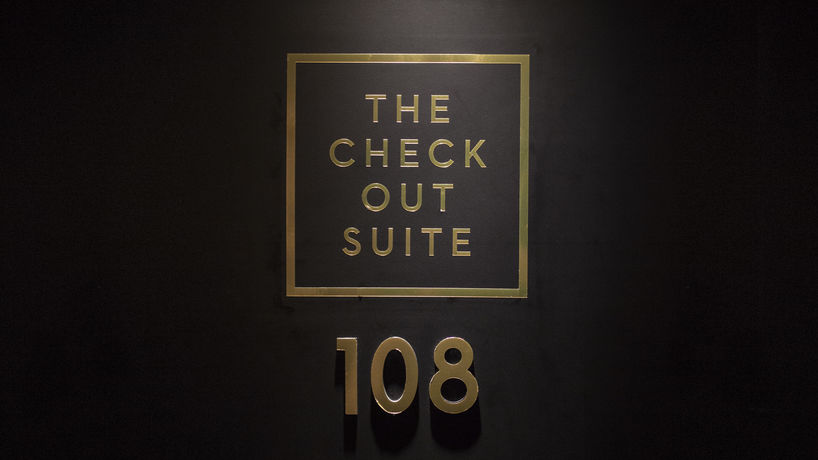 The hotel room has launched in collaboration with Länsförsäkringar, a Swedish insurance company that recently created the Skärmfri, a smart lamp that measures internet usage via a wifi connection.

The smart lamp has been installed in the suite to track each guest’s screen time, and glows red when they go over the recommended 30 minutes. The room is free if they stay offline completely, but if the lamp glows red the guests must pay full price. ‘The Skärmfri lamp was one way to help, but now we have taken it even further and converted screen time into a currency that rewards a healthy digital life,’ says Lisa Höglund, head of communications at Länsförsäkringar.

In an age in which consumers’ attention is considered a crucial yet dwindling resource, serene spaces that offer a break from digital devices are redefining the high-end hospitality experience.

China is set to become the world’s leading retail market in 2019, outpacing the US for the first time, according to eMarketer. This year, China’s retail sales will grow 7.5% and will exceed the US by more than £76bn ($100bn, €87.6bn).

‘In recent years, consumers in China have experienced rising incomes, catapulting millions into the new middle class,’ says Monica Peart, senior forecasting director at eMarketer. ‘The result has been marked rise in purchasing power and average spending per person.’

E-commerce in China accounts for 35.3% of the country’s retail sales – by far the highest percentage in the world. Globally, China will account for 55.8% of all online retail sales by the end of 2019, led by retail monolith Alibaba, which leads China’s e-commerce sales with a share of 53.3%.

As car ownership dwindles, foresight writer Holly Friend investigates the luxury consumers who are turning to hyper-exclusive clubs for their supercar fix.

As more HNWIs invest in ultra-luxury cars, they are also seeking alliance to exclusive networks that allow them to socialise with likeminded enthusiasts. Opening in May 2019, The Concours Club will offer more than two miles of racetrack, as well as an infinity pool and jacuzzi, hammam spa, wine and cigar storage and full concierge service for members.

‘This is a niche within a niche, but it’s a crucially important one, because as the face of motoring changes, the top end is going to consolidate and will always have a market,’ Alan Wilson, the designer of the track, tells Bloomberg.

In the United Arab Emirates, an all-female supercar club known as the Arabian Gazelles has taken to the streets of Dubai. The club was formed in response to hyper-masculine track days where women are regularly sidelined. 'You pull up and they expect you to be somebody's girlfriend or wife,' says Jalyn Jarvi, Arabian Gazelle and supercar owner. 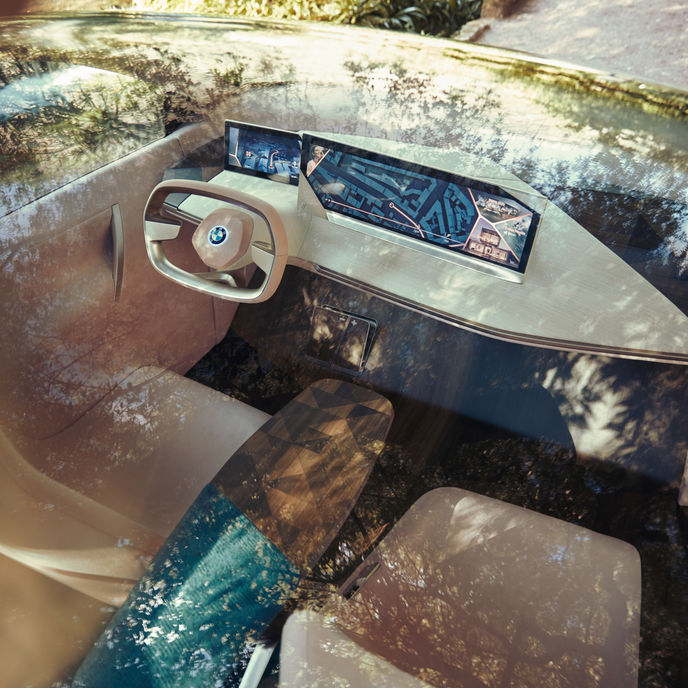 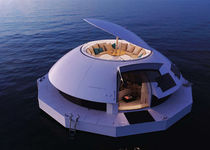 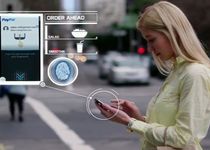 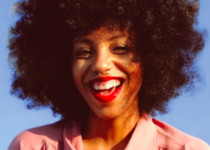 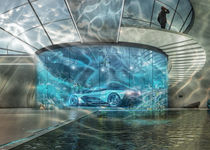 Stat: Generation Z expect to have ‘better lives’ than their parents:

Retail : Travel : Public Transport
Load More
You have 2 free News articles remaining. Sign up to one of our membership packages from just £100 a month.
View Subscription Offers Sign in