Tumblr takes a stand against pornography, Chobani rebrands healthy snacking for kids and the rise of multi-generational care-givers. 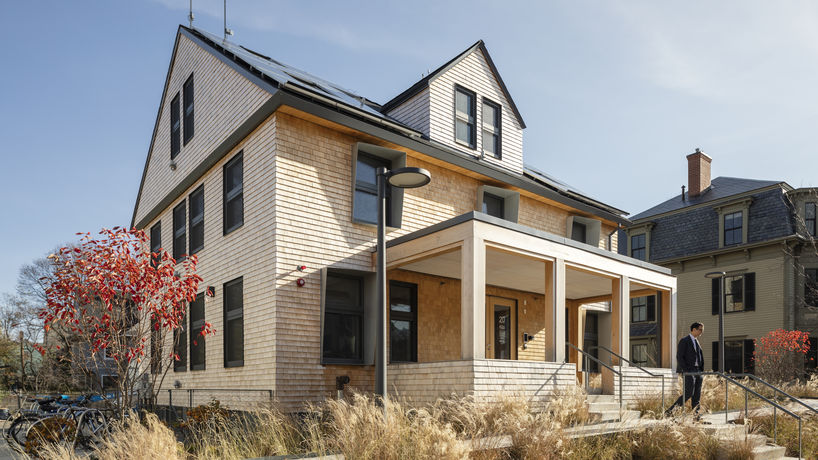 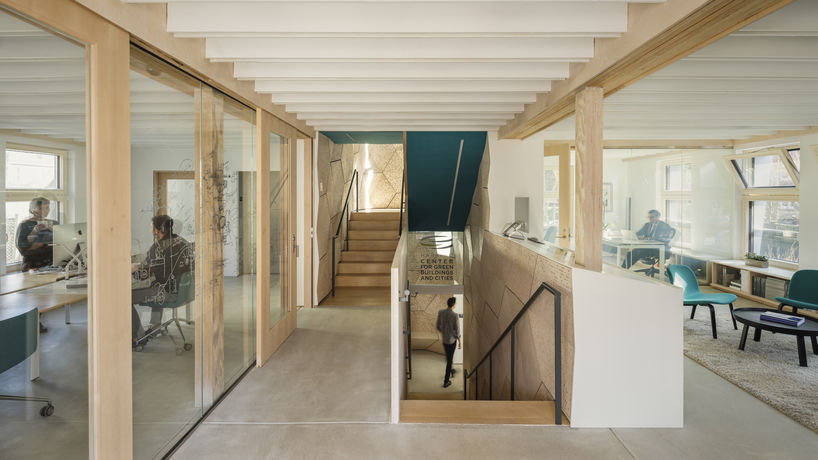 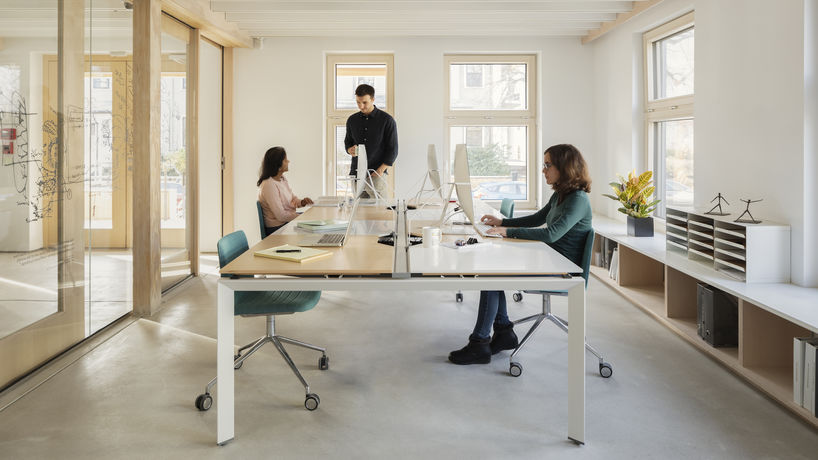 Massachusetts – The Harvard Center for Green Buildings and Cities (CGBC) has transformed a pre-1940s building into an ultra-efficient prototype for living, led by Norwegian design firm Snøhetta.

HouseZero is intended to produce more energy over its lifetime than was used to renovate it, as well as offset energy needed for its subsequent operation. For CGBC, the space will double as its headquarters and a research tool, using hundreds of sensors to continually monitor the building’s performance.

‘By creating both a prototype and an infrastructure for long-term research, we hope to raise interest in ultra-efficient retrofits and inspire substantial shifts in the design and operation of buildings,’ says Ali Malkawi, founding director of CGBC and the creator of the HouseZero project.

While Snøhetta has been leading the way in designing energy-positive buildings for a while it is interesting to see that they are now turning their attention to modifying existing structures to make them more environmentally friendly. 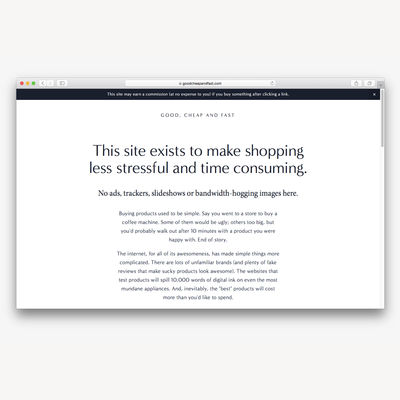 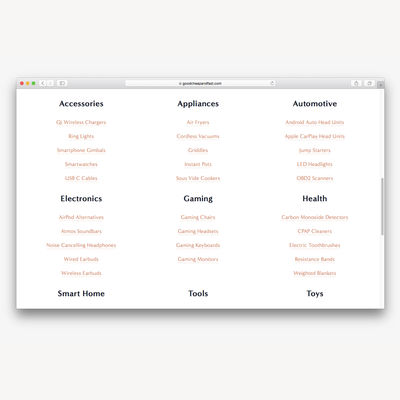 Global – The ad-free website provides readers with enough information to make a buying decision in five minutes or less.

Rather than functioning as an e-commerce website, Good, Cheap and Fast advises on the best value-for-money options available on Amazon across categories like appliances, gaming and health. To whittle down the millions of items available to shoppers, founder and data scientist John DeFeo has analysed existing user reviews over the internet, filtering out those that are potentially biased.

According to DeFeo, many recommendation sites assume that consumers are maximisers ,or those who seek the best products, while he is catering for the satisficers – people who want something cheap that is just good enough. The website subscribes to a stripped-back design aesthetic that resembles the early days of the internet, promising ‘no ads, trackers, slideshows or bandwidth-hogging images’.

Our macrotrend The Focus Filter explores how brands can capture the attention of digitally distracted consumers by stripping back their services.

Global – The visual microblogging website has announced it will be removing all pornographic content from its platform in mid-December.

Unlike most major publishing platforms, Tumblr has traditionally had a tolerant attitude towards adult content, with founder David Karp having publicly defended it in the past.

The move will therefore significantly alter how the social network is used, but as Tumblr CEO Jeff D’Onofrio explained, the brand now believes it has an increased responsibility to ‘different age groups, demographics, cultures and mindsets’.

The change reflects how major media companies are adopting stricter policies, especially as brands and businesses become anxious about the type of content that appears alongside their adverts. Concerns have also been raised about younger users seeing such content online.

At a time when consumers are looking for brands to help foster greater emotional intelligence among the next generation, Tumblr’s approach is being called into question. To read more in-depth about brands that are inspiring a new universal behavioural code, see our Morality Recoded macrotrend. 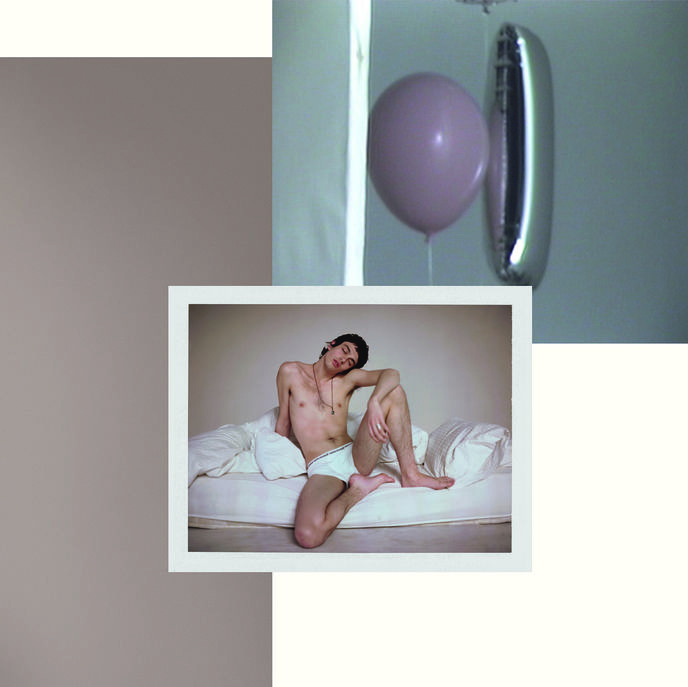 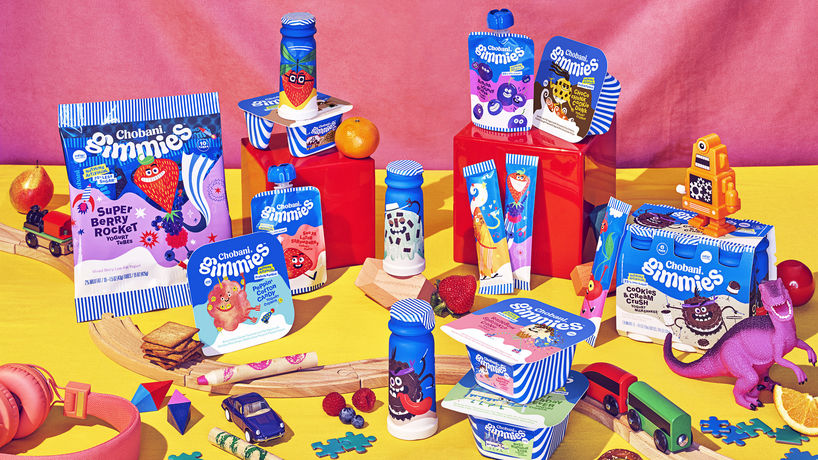 Gimmies by Chobani, US

New York – America’s second-largest yoghurt manufacturer is rolling out a new line of Greek yoghurt-based snacks for children, with the aim of getting children excited about healthy snacking.

‘Options [for children’s food] today are lousy or impractical. It's either junk food that parents don't want their kids to eat or food that’s designed for adults that kids don't want to eat,’ says Hamdi Ulukaya, founder and CEO of Chobani.

Parents of young children are providing unpaid care for an adult as well, according to a new US-based study by Pew Research Center. The study found that three in 10 adults have a child younger than 18 at home, and 12% of these parents are also caring for an adult.

The time parents spend on childcare has been rising for decades – mothers now spend 40% more time with their kids than they did in the mid-1960s, and the time spent by fathers has tripled in the same period. However, parents are now tasked with more multi-generational duties, and are spending just over an hour a day performing adult care in addition to childcare.

As their parents age, it’s only natural that adults are locked into more unpaid care duties. Brands must consider how they can take on the role of care-giver and alleviate some of these stresses.

Designer Clara Ormières explores how augmented reality (AR) will change the way in which we interpret and experience the news in her Unreal Plots project.

‘Unreal Plots started with this question: can anything become a conspiracy or a plot? I thought that the principle of conspiracy theories could become a way to create entertainment based on instantaneity,’ Ormières tells LS:N Global. ‘Naturally, turning news into fiction led to fake news and I decided to take the counterpoint of that, and to view it as pure fiction instead of information.’

‘I created this interaction between a phone and a newspaper where the pages are just empty scenes ready to contain fiction in AR, featuring the news archetypes of the past and the current century,’ she continues. ‘It is always instantaneous and unique, and the AI element generates fiction using existing news articles.’

Ormières also believes that the future of news lies between digital and analogue. ‘In an age of globalisation, AR offers the opportunity to relocate information and content within a personal space that will be unique to your immediate surroundings. You can look at one page of a newspaper and a whole newsroom unfolds, which you can walk in through your phone.’ 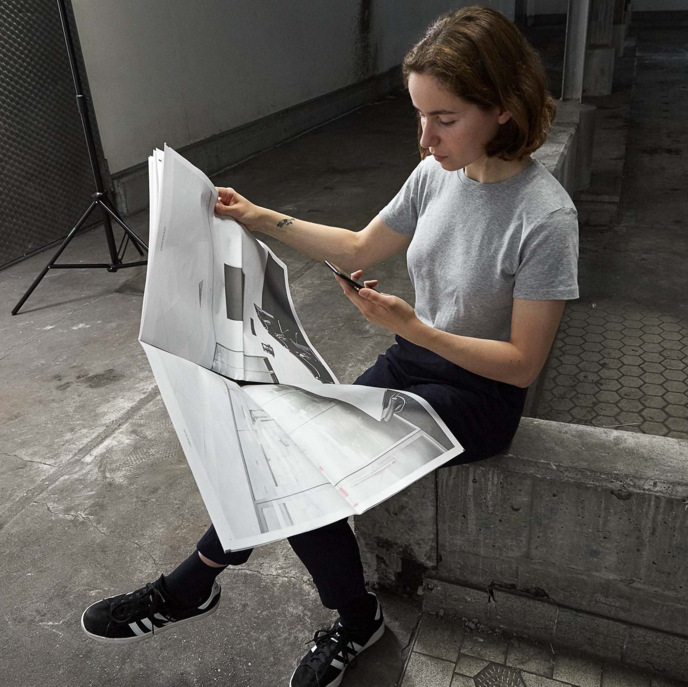