At IAM Weekend 18, speakers brought a critical eye to our relationship with the internet, technology and digital mediums.

1. A room of critical optimists

​2. The feedback loop of science fiction

6. Thought-starter: Why Afrofuturism is good for everyone

1. A room of critical optimists

The festival, which is in its fourth year and is run by think tank Internet Age Media (IAM) opened with talks from IAM co-founder Andrés Colmenares, futurist Monika Bielskyte and Taiwan’s minister of digital Audrey Tang.

Each of the speakers brought a tone of critical optimism to the event, acknowledging both the potential and problems with the internet and technology today. Explaining this year’s theme, Subversion of Paradoxes, Colmenares explained: ‘Paradoxes are tools that can be used to understand the future. But our aim is to subvert paradoxes and challenge cultural narratives – to use the internet, instead of being used by it.’

Despite the tone of resistance, it was a weekend filled with hope. ‘Unlike most people, I am an optimist,’ said Tang, who video-conferenced into the event from Taiwan. As digital minister, she is using technology as a tool for transparency in government. Every conversation she has in government is transcribed, while every question she is asked, whether publicly or not, she answers and publishes in the public sphere.

In a talk about dystopian narratives of the future, Bielskyte, co-founder of ALLFUTUREEVERYTHING, said: ‘The real challenge is to imagine a future that has hope in it.’ She emphasised that hope ‘cannot be in technology, it has to be in humanity’.

​2. The feedback loop of science fiction 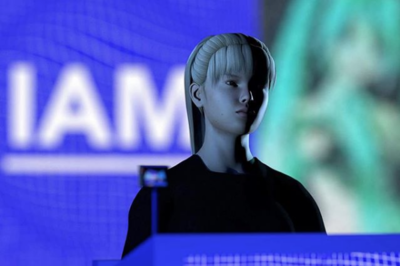 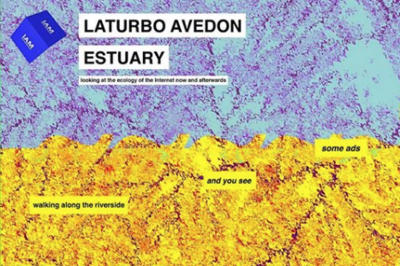 Unsurprisingly, the focus on the power of science fiction to shape discourse was a big underlying theme of the weekend.

Avatar artist LaTurbo Avedon, who only exists in the digital sphere, spoke about how she came of age alongside the internet, and spent her adolescence in role-playing video games. But now those technologies, often used to tell science fiction futures in video games and elsewhere, will be everywhere. ‘Science fiction is becoming the framework of new realities,’ she told the audience from her virtual podium. ‘So much of today’s technology was beta-tested in simulations in games and with CGI in movies’.

CGI artist Alan Warburton, who uses software as a critical medium, presented his work Goodbye Uncanny Valley, which explores the evolution of computer-generated imagery as it moves beyond the Uncanny Valley – the Masahiro Mori theory that humanoid-like imagery still elicits a feeling of eeriness, and an awareness that it is not real. Warburton explores how CGI has become so good that it might no longer elicit that feeling of fakeness. As CGI becomes indiscernible from real imagery, it leaves us to question how this software might be used in the future.

Futurist Monika Bielskyte noted that our current science fiction narratives revel too much in 1980s nostalgia and become problematic when visions of a future world embed current biases. ‘Dystopia is becoming a product map,’ she said. She argued that dystopian narratives lack diversity, community, environmental awareness and ritual and spirituality, among other things. ‘There is a way to bridge the past and the future with grace,’ she argued, and it involves getting more diverse perspectives and balancing technological potential with human potential.

Throughout the show many talks focused on embracing new mediums when it comes to art. Warburton spoke about computer-generated imagery as a meta media that blurs all mediums into one. ‘CGI can be liberating rather than restrictive,’ he said. He also focused on the rise of the ‘digital grotesque’ among artists and studios such as Geoffrey Lillemon and Cool 3D World. He explored how these artists, especially Cool 3D World, use the medium as a political tool to challenge hierarchies and undermine political figures by ‘exposing their bodily nature’.

In a talk about the future of art, Kelani Nichole, director of the Current Museum of Art, spoke about the need to empower the next generation of art collectors and curators. At present, museums’ acquisition committees tend to be populated by the rich and the white, but The Current allows anyone with £180 ($250, €207) to attend a salon, where they can vote on the digital work to be acquired by the online museum. ‘The aim is build a distributed collection that is more reflective of our contemporary moment,’ said Nichole. 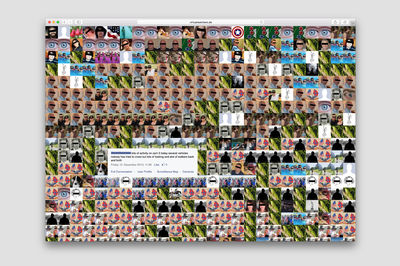 The Virtual Watchers by Joana Moll 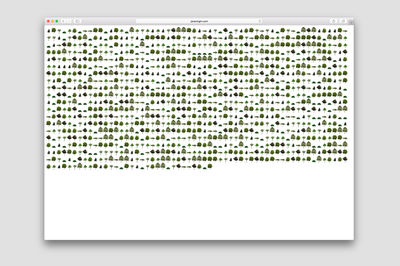 In a session called Beyond Clicks: The Future of Commerce, Advertising and Privacy, artists Ian Ardouin-Furmat and Joana Moll, and lawyer Katarzyna Szymielewicz discussed the need to make the public much more aware of how their data is tracked daily online.

Both Ardouin-Furmat and Moll use art to question our relationship with data. In Ardouin-Furmat's work with data visualisation, he creates tools to help people understand how they are targeted by online data brokers and advertisers. More recently, he wanted to ‘create a tool that not only informs people on how we are targeted, but how we can fight back’. He is now working on an experimental plug-in, Deface, that would allow Facebook users to encrypt their messages on the platform – even on people’s public-facing Walls. He said that Deface is more a research effort than a technological solution. ‘We need to challenge the view that there is no privacy in public digital spaces.’

Szymielewicz, who is president of the Warsaw-based organisation Panoptykon Foundation, which aims to protect human rights in a surveillance society, spoke of the need to make people aware of the stakes of online tracking. ‘The internet is not segmented. It is an eco-system of companies that constantly talk to each other to understand who we are – not just offer us an ad on shoes, but a political message, a job offer – it gets more serious,’ she said.

Sell it to Me by Feminist Internet, video by Richard Ashton

In a series of presentations, members of Feminist Internet spoke about the numerous routes to making the internet a more equal and equitable space.

Themes explored included: how new regulations for online sex trafficking were bad for sex workers, questioning whether Amazon Alexa was a feminist, and why we must rethink the future of sex and desire beyond talking about having sex with robots.

Clara Finnegan presented her research into the harassment of personal assistant devices and how Amazon Alexa has recently been reprogrammed to respond to abuse with a disengages mode, stating: ‘I’m not going to respond to that’. But Amazon has acknowledged that there are limits on Alexa’s feminist stance as it does not want to alienate users. ‘Are we happy with the limits of what Amazon is prepared to do?’ asked Finnegan. ‘Platforms are not taking responsibility for the power that they have. Having programming that responds with ‘I don’t understand’ is not enough – it is a retraction from human justice.’

6. Thought-starter: Why Afrofuturism is good for everyone 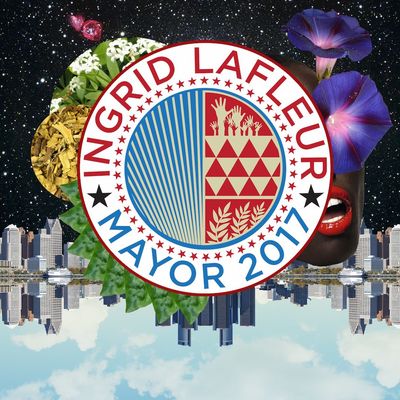 Ingrid LaFleur, founder of Afrotopia and former mayoral candidate for Detroit, spoke about why Afrofuturism is an effective tool for change.

‘Afrofuturism uses speculative fictions and allows us to create our destiny,’ she told the audience. ‘It also dismantles the fear around the black body so it doesn’t only liberate black bodies but liberates everyone.’

LaFleur used the principles of Afrofuturism such as notions of co-creation, transparency, cooperative economics and pleasure to run for mayor of Detroit. She believes it can be a useful platform to allow people to ‘decolonise their minds’ and systems that inadvertently – and advertently – harm black people. ‘We need a shift in consciousness in order to be able to decolonise these systems,’ she said. ‘Anything that we design, if you don’t think how that affects black bodies, you’re probably causing more harm.’

For more, look out for our Q&A with Ingrid in our Big Ideas section.