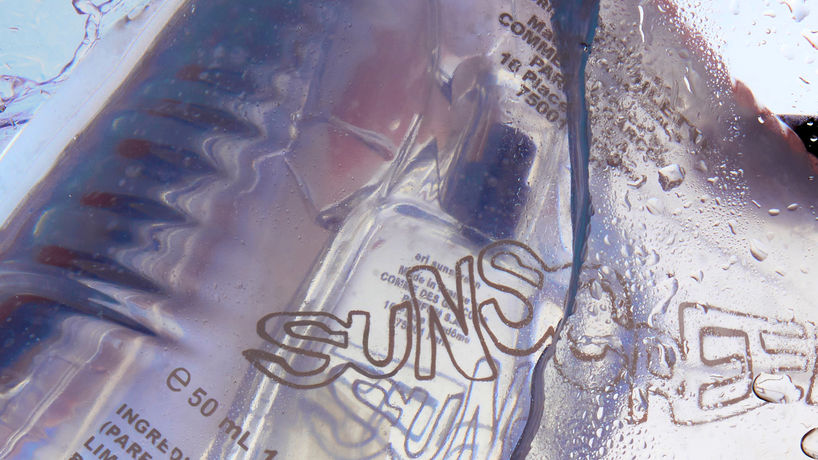 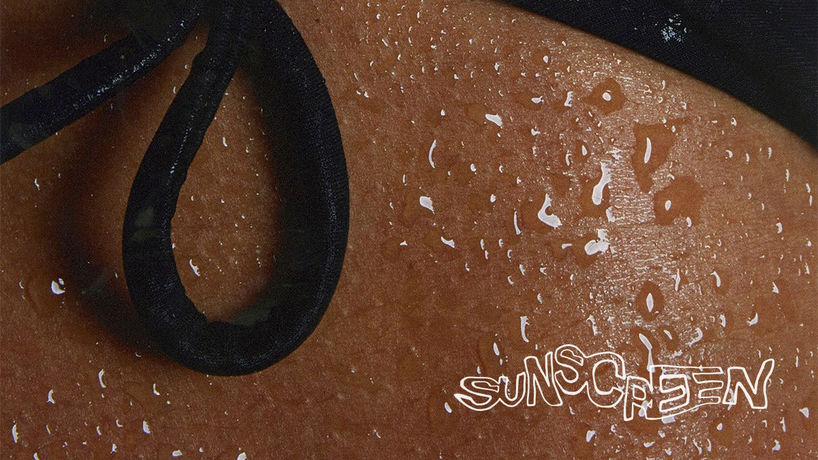 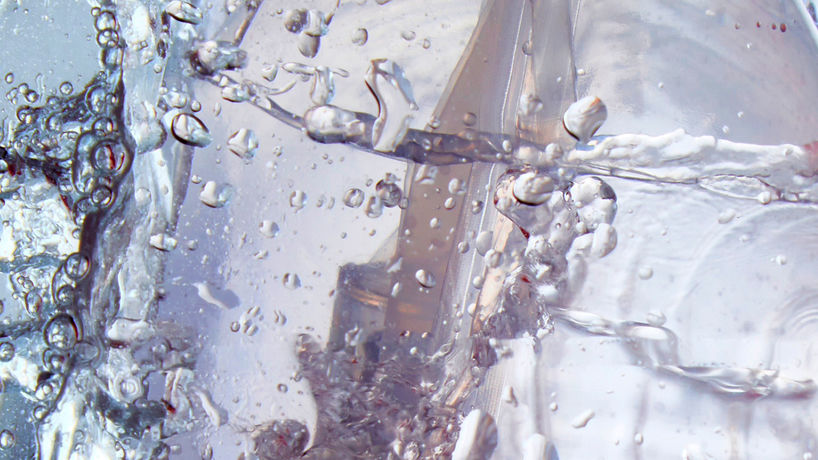 France – With many people feeling starved of travel experiences, the luxury brand is capturing nostalgic summer scents in its latest experimental perfume launch. The fragrance, titled ERL Sunscreen, is a collaboration with fashion label ERL and incorporates notes inspired by holidays such as sunscreen, vanilla ice cream, the ocean and coconut water.

With this array of familiar scents, the product offers sensory escapism at a time when travel is largely restricted. ‘ERL Suncreen perfectly evokes the fleeting memory of a nostalgic summer,’ explains Comme des Garçons' press release. 'Feelings of the warm West Coast sun against salty skin transform into cool splashes of ocean water and chlorine suspended in the air.’ With this fragrance, Comme des Garçons echoes the concepts we explore in Wanderlust Beauty, with the beauty and travel sectors merging to enhance people's escapes.

With tumultuous travel likely to continue, there is growing potential for cross-sector collaborations that reference vacations. Here, brands have an opportunity to market the sensorial nature of travel as a way of reaching wider audiences.

At a time when people are craving leisure experiences, luxury brands have a chance to re-invent nostalgia. Beyond products, clever marketing and packaging can retain premium status while embracing lighter inspirations 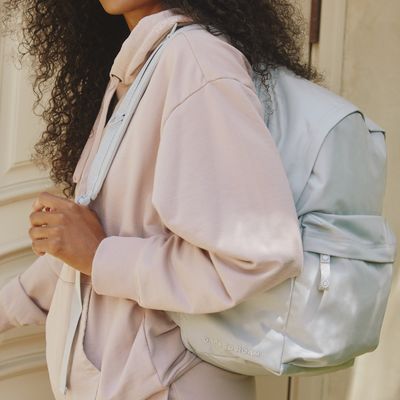 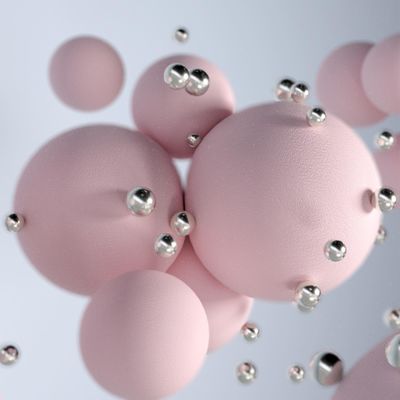 New York – Tuning into heightened health concerns, antimicrobial accessories brand aimed Dare to Roam is targeting people with on-the-go lifestyles. It will offer a range of everyday essentials, beginning with a backpack, which protect against odour-causing bacteria and suppress the growth of mould, mildew and fungi. This in turn means the accessories will last longer, be less likely to discolour and require less washing.

While many recent textile innovations have centred on anti-viral innovation, this brand showcases how hygiene-first fabrics will be woven into people's lifestyle beyond the pandemic. By applying its antimicrobial material to everyday products, Dare to Roam recognises the safety fears people may be feeling as they return to schools, socialising and workspaces. ‘Dare to Roam is all about feeling protected as you start traveling, sending your kids off to school, and getting back into the motions of everyday life,' states singer-songwriter Ciara, the brand's founder.

Smart materials can both protect people and increase material longevity. Beyond fashion, anti-bacterial textiles will increasingly extend to hospitality, travel and workspaces where upholstery or fabrics are widely used

MENA – Fintech company Zwipe is introducing fingertip authentication technology into its bank cards, as a response to growing demands for safer contactless payments among MENA consumers. Through this in-built touch verification on bank cards, Zwipe users can confirm their identity without needing to use a PIN or touch external payment devices.

While the use of contactless payment is widespread, concerns around fraudulent behaviour and ongoing touch fears mean some customers are reticent to manually enter their PIN for larger purchases. Ramzi Saboury, general manager of Zwipe, explains: ‘While this [PIN authentication] is meant to minimise the risk or damages from fraud, it ends up discouraging customers – wary of touching a POS machine in the age of Covid-19 – from making big-ticket purchases with their contactless cards.’

Moving on from our round-up of Biometric Money services in 2019, there is today a greater need for personal verification solutions that avoid communal surfaces. And while contactless payments have long been adopted in other regions, Zwipe's innovation reveals room for growth in the MENA region. 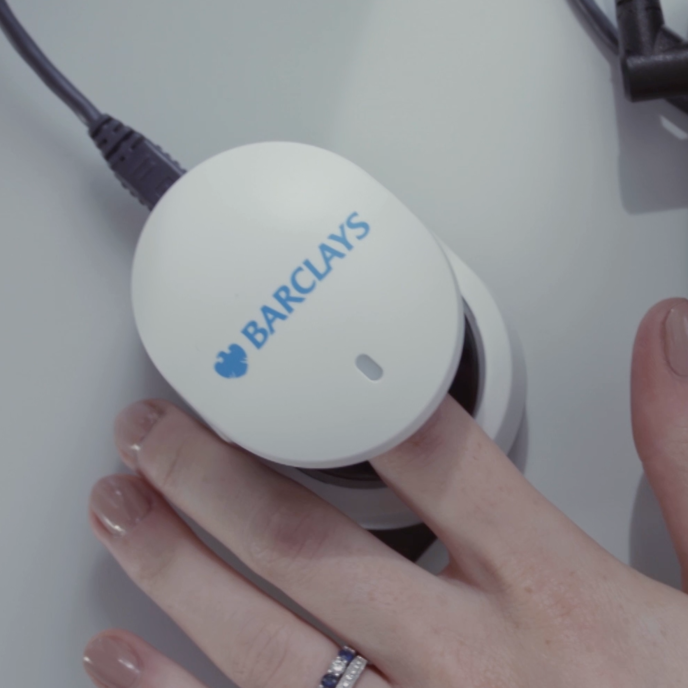 Technology brands should consider how they can appeal to touch-anxious customers by applying such solutions to wider transaction experiences. How might such frictionless ID systems improve in-store collections or event ticketing? 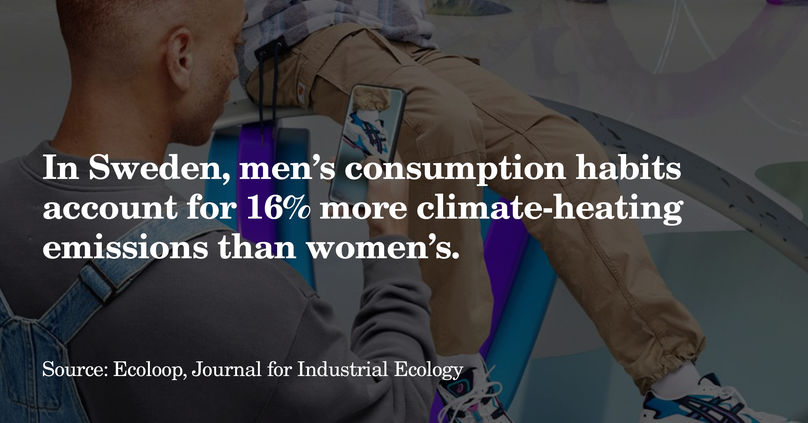 Amid growing climate concerns, recycling innovator Ecoloop highlights the impact of gender on an individual's climate emissions. In a recent study conducted among single men and women in Sweden, Ecoloop found men's consumption habits have a greater effect on environmental damage than women’s.

The study reveals that men’s spending on goods causes 16% more climate-heating emissions than women’s, despite the sums of money being very similar. The biggest difference outlined was men’s spending on petrol and diesel for their cars. Annika Carlsson Kanyama, a researcher for Ecoloop, says: ‘The way [people] spend is very stereotypical – women spend more money on home decoration, health and clothes, and men spend more money on fuel for cars, eating out, alcohol and tobacco.’

With this in mind, brands must consider the nuances of gender when responding to the climate emergency – and its wider societal implications. As The Future Laboratory’s Victoria Buchanan outlines in this opinion piece, climate change is, globally, a women’s rights issue.

When designing climate-positive initiatives, brands should be mindful of working in a way that sparks positive action while speaking to the gender nuances and consumption habits of target audiences