Luxury goods for League of Legends gamers, an uncertain future for beef and dairy, and new research explores what makes an effective logo.

Paris and Los Angeles – Partnering with Riot Games, the French luxury house has become the first to collaborate with a major eSports organisation.

The partnership will see Louis Vuitton create a number of digital and physical designs for Riot Games’ multiplayer online video game League of Legends, coinciding with the League of Legends World Championship, which begins on 2 October 2019. For the event, Louis Vuitton will launch champion skins that players can use to alter the appearance of their avatars, alongside a capsule ready-to-wear collection inspired by the game, each designed by Nicolas Ghesquière, artistic director of womenswear.

In addition, the brand has created a one-of-a-kind trophy case to hold the prize awarded to the winners of the championship. ‘We are honoured to have Louis Vuitton as an official partner with designs to impact the look, feel, and prestige of our most prominent League of Legends event,’ says Naz Aletaha, head of global eSports partnerships at Riot Games.

As gaming culture infiltrates the world of fashion, brands such as Louis Vuitton are recognising the growing, global opportunity presented by the Gaming Garments Market. 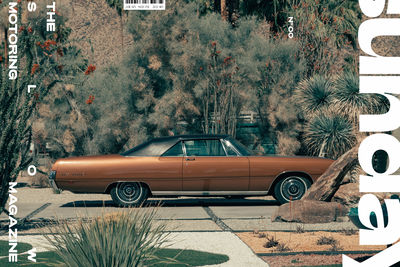 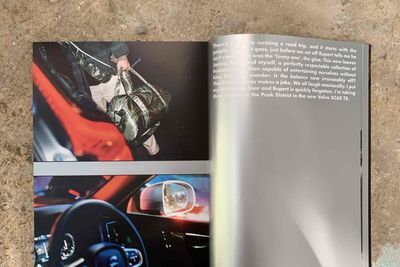 UK – The publication is designed to be an antidote to the testosterone-fuelled nature of traditional motoring magazines.

Founded by car enthusiast and creative director Mark Thompson, Sunday takes an alternative look at car ownership. The pilot issue of the magazine includes articles such as Trunk Oddity, a series about the strange items people have transported, and an exploration into the fear of driving.

With the title, Thompson hopes to counteract the automotive industry’s male-oriented narrative and ‘tribalistic’ culture. ‘I can’t stand that whole testosterone-driven, ‘be the best you can be’ narrative,’ he tells Creative Review. To achieve this, Sunday is taking a more artistic and design-led approach to car journalism, employing the skills of female photographers such as Sarah Pannell.

To see how the luxury automotive industry is shifting away from masculinity and towards arts and culture, read our microtrend Supercar Clubs.

Global – A recent study has revealed a counter narrative to widespread thinking about effective logos and brand identities.

The research, published in the Journal of Marketing Research, reveals that people consider brands more authentic when they have descriptive logos – designs that indicate what a company does – rather than abstract ones, such as a shapes or letters. The findings are the result of a collaboration between Montpellier Business School, Westminster Business School and the Lazaridis School of Business and Economics, which used a multimethod research approach across six separate studies analysing the topic.

The authors suggest that more descriptive logos can positively influence brand evaluations and performance, as well as purchase intentions. This is because they are easier for consumers to process and understand. The researchers found, however, that for larger brands, who may have multiple product offerings, a more streamlined approach to branding may be more beneficial.

As consumer touchpoints diversify, brands also moving beyond graphics to incorporate sound as both an identifier and a way to stand out from the crowd. For more, read our Sonic Identities microtrend. 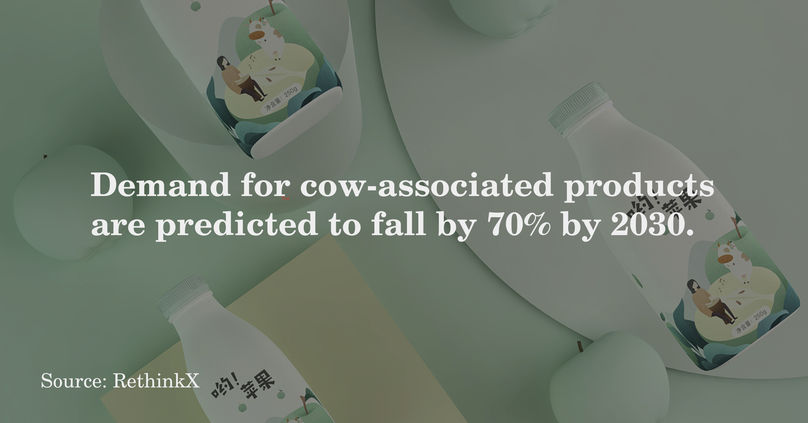 By 2030, the dairy and cattle industries may have collapsed, according to a new report by RethinkX. The report predicts that in the next 11 years the industries will be replaced by what it calls a ‘food-as-software’ approach, in which scientists engineer food at a molecular level and upload it to a database accessible by food designers.

The study predicts that these lab-grown foods will cost half of the typical prices, leading cow-associated products to fall by 70%. It also predicts that beef and dairy companies will lose 90% of revenues. RethinkX suggests that this future will be highly sustainable – suggesting that greenhouse gas emissions from the food industry could fall 45% by 2030.