Louis XIII cognac travels back in time, a real-time tactile tablet with a braille display, and Indians blame their skin problems on stress.

Stat: Stress has a big impact on Indians’ skin health

France – Cognac company Louis XIII is travelling back to the origin of the earth with its latest campaign, Believe in Time. The short film, which stars the musician Solange as Mother Earth, pays tribute to the alcohol brand's 50-100-year ageing process, which it describes as 'thinking a century ahead'.

Exploring the concept of deep time, the campaign brings together original work by three women creatives: Chinese couturier Guo Pei, French-Senegalese film-maker Mati Diop and American musician Solange. In the film, Solange is dressed in a Guo Pei gown that took two years to make. The musical score, a hypnotic melody that includes strings, percussion and woodwind instruments, was composed by Solange, further highlighting the effort and craftsmanship that went into the commercial. Her voiceover emphasises the earth's origins some 13bn years ago, and how long some of the planet's most beautiful landscapes and human achievements have taken to come to life.

By creating an advert that explores the concept of time and unhurried processes, Louis XIII is drawing a parallel with the labour and artistry that goes into crafting its own cognac. In this way, the brand is aligning itself with the slower, more thoughtful techniques which we have previously monitored in Longevity Marketing.

Brands can learn from Louis VIII by creating campaigns that anchor the values craftsmanship and quality to the time that certain skills, techniques or materials require to be considered luxury 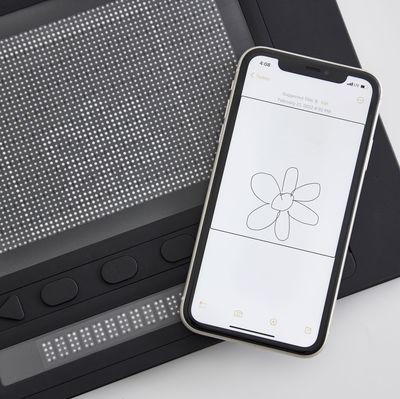 South Korea – Hardware brand Dot is expanding its efforts to make technology more accessible with the launch of The Dot Pad device. This tablet features a panel of 2,400 pins, which can raise up or drop down to form letters in braille or easily identifiable shapes.

Importantly, it also integrates Apple’s VoiceOver screen-reading feature, allowing users to more easily read text, graphics and images. Through this innovation, its creators recognise the potential for The Dot Pad to support people with visual impairments at work, in the classroom or for communication and leisure purposes. ‘In the 21st century, it didn’t make sense that visually impaired people cannot access graphical information in a digital way,’ comments Ki Kwang Sung, co-founder of Dot.

While some technology brands have begun offering hardware add-ons to existing goods, The Dot Pad responds to the demand for accessible technology products that are specifically designed to cater for people’s inclusivity needs.

Both hardware and software brands must continue innovating to support diverse consumer needs. Beyond products, brands could also develop educational programmes for people with accessibility needs

China – Social media company TikTok is responding to demands to reform the music streaming industry. Its new marketing and distribution platform, SoundOn, will pay musicians 100% of the royalties generated by their songs.

Taking aim at the stark disparities that have developed on other streaming platforms, SoundOn will allow creators to be paid monthly while retaining complete ownership of their music. To help emerging musicians cut through the noise, the platform will also provide data analytic tools, marketing assistance and promotional help. SoundOn users will also be able to share music onto other streaming platforms, such as Spotify and Apple Music, but they will only be able to keep 90% of the royalties from competitor services.

As TikTok strives to cement its status as one of the world's most popular music discovery tools, its experimental compensation programmes echo those we have previously seen emerge within Alternet Economies. As the battle to reform music streaming gains traction, TikTok is appealing to the creators demanding greater control and ownership of their music. 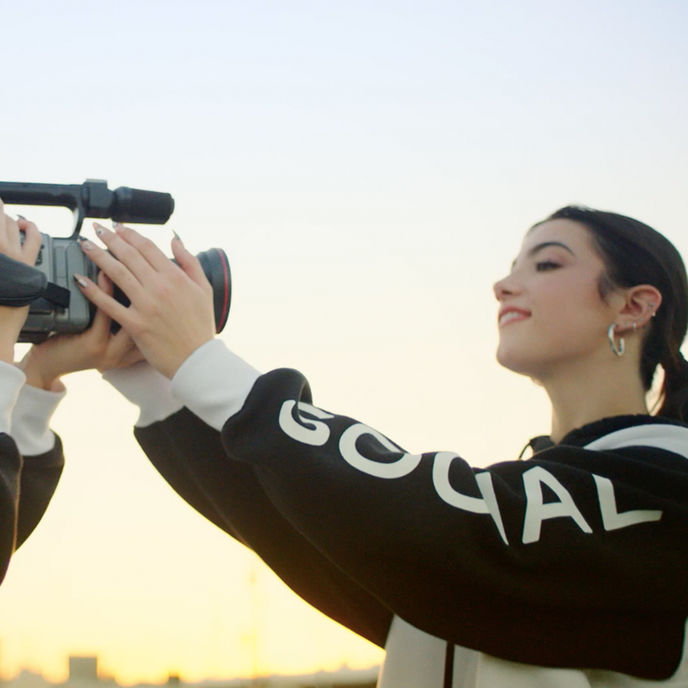 Social Tourist by Charli and Dixie D’Amelio for Hollister, US

Social media users are realising that the content they provide for free holds great financial value. Technology companies should consider how else to reward their content-creators, be it through money, tokens or NFTs

Stat: Stress has a big impact on Indians’ skin health 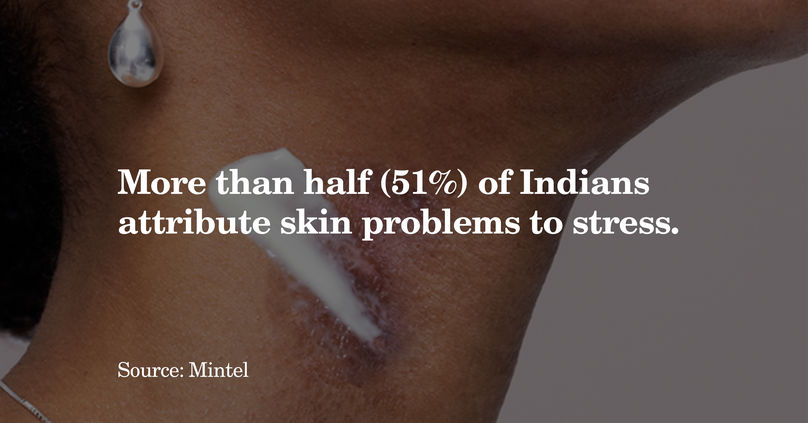 In India, consumer mindsets are shifting from skincare to skin health, with people in the country recognising the impact of the pandemic on their skin. According to Mintel’s Indian Consumer 2022 report, about half of Indians (51%) attribute their skin problems to stress.

Meanwhile, 50% say that a lack of sleep is to blame, while 47% believe an unhealthy diet is the issue. These figures reflect a move from prioritising outer appearances to recognising that skin health comes from the inside out.

With this shift in mind, beauty and wellness brands in India should begin addressing holistic lifestyle factors such as stress, sleep and diet, alongside surface-level skin problems. Discover more about this interconnected approach to wellness throughout Synchronised Care.

Beauty and healthcare brands should create products and educational services that respond to the link between mental and physical health. Consider the ingredients and rituals that can synchronise overall self-care