Alive in Every Drop by Twinings, UK

UK – In a bid to modernise associations with drinking tea, British brand Twinings is borrowing cues from the health and wellness sector in a campaign that promotes its range of adaptogenic and vitamin-infused teas. The campaign, Alive in Every Drop, comprises a series of cinematic films that challenge traditional stereotypes of tea drinkers. Created by advertising agency Uncommon London, the work features individuals drinking tea in moments of reflection, exercise and focus.

Through this alternative approach to storytelling, Twinings echoes the ideas we explore in Total Tastes, with food and drink companies turning to ingredients to positively boost people’s psychological states. In doing so, the brand also elevates its offering and broadens its appeal. ‘We’ve never enjoyed more varieties and blends of tea in our lives but the image of tea in the UK is somewhat stuck in the past,’ writes Uncommon in a blog post. ‘Twinings are seeking to address this with these captivating stories of new tea moments.’

As more consumers look for holistic wellbeing solutions, food and drink brands should experiment with products that bolster people’s mental and physical health.

Reflect on how Twinings is updating its positioning to reach a modern audience. Brands with a long-standing heritage should consider similar strategies to diversify their messaging 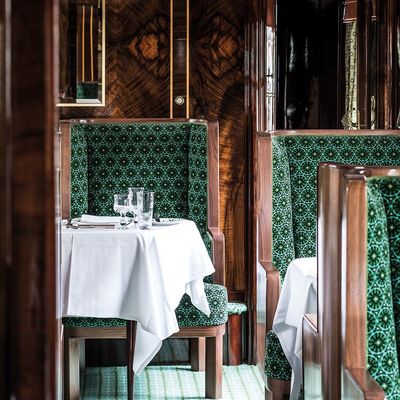 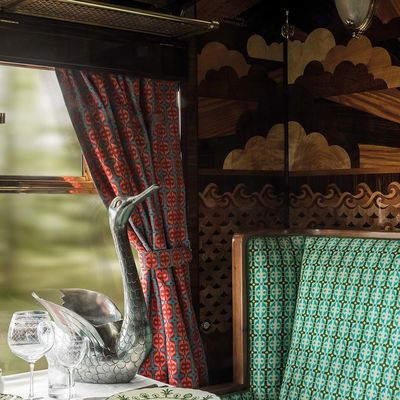 UK – Famed for his quirky cinematic interiors, film director Wes Anderson has teamed up with luxury travel brand Belmond to transform one of its train carriages into a cinematic hospitality experience. Uniting luxury travel and entertainment, the director was tasked with refurbishing the historic Cygnus carriage on Belmond’s British Pullman train – the preferred coach of royalty and statesmen.

The collaboration is representative of the travel sector’s inter-Covid Comeback Campaigns, designed to attract consumers through immersive experiences linked to existing hobbies and interests. By paying homage to the golden era of cinema and travel, this design partnership also taps into the rise of highly shareable nostalgia-led travelling.

Bringing Anderson’s aesthetic to life for travellers, the partnership builds on Anderson’s personal love of train travel, which is central to his films The Darjeeling Limited and The Grand Budapest Hotel. ‘I have often had the chance to invent train compartments and carriages in my movies. So, I was very eager to make something new while also participating in the process of preservation which accompanies all the classic Belmond train projects,’ Anderson explains, adding that trains are 'an endangered species of travel which is nevertheless very suited to our time'.

For travel companies, consider how immersive hospitality environments straight out of films, fiction or tv series can attract a legion of experience-seeking fans

Global – The technology giant is guiding consumers towards more sustainable modes of transport through a series of updates to Google Maps. Presenting users with more eco-friendly routes, Google believes that its new routing option has the potential to avoid more than 1m tons of carbon emissions per year – the same as removing 200,000 cars from the road.

The service will initially be launched in the US, with plans to roll it out in Europe in 2022 and beyond. While Google will continue to offer fastest route options, it will also display the one that's the most fuel-efficient, allowing users to see the relative fuel savings and difference in ETAbetween the two routes. ‘With the eco-friendly routing feature, we will always show you the fastest route – and now also the one that’s most fuel-efficient, if it doesn’t happen to also be the fastest,’ says Russell Dicker, senior director of transportation at Google Maps.

Alongside its Maps update, Google has recently launched carbon emission estimates on its Google Flights tool. Such initiatives indicate how technology can encourage more sustainable approaches to mobility through the choices and modes of travel people select.

Brands across sectors can take inspiration from these updates. Retailers, for example, can integrate eco-friendly shipping options into their e-commerce services, while hospitality brands could create environmentally friendly package deals 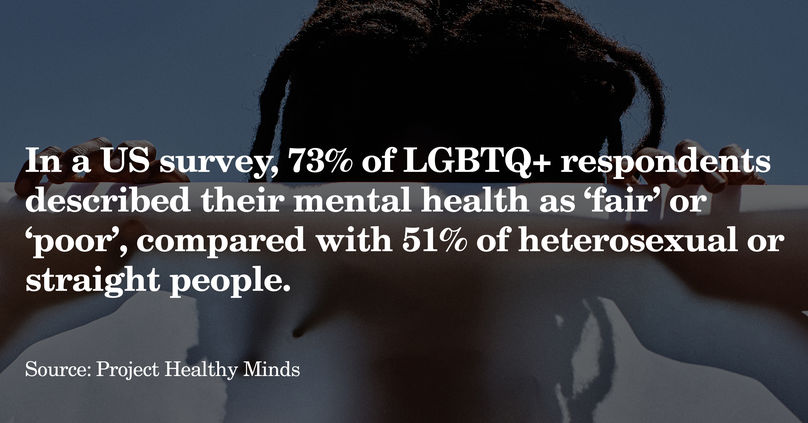 A recent study conducted by Project Healthy Minds in the US finds that systemic injustices are exacerbating poor mental health among some communities. In a national survey of Millennials and Generation Z, 73% of respondents from the LGBTQ+ community described their mental health as ‘fair’ or ‘poor’, compared to 51% of heterosexual respondents.

The study points to systemic injustices and societal issues such as racial inequity and mass shootings as leading causes of anxiety for the LGBTQ+ community. Some 86% of LGBTQ+ respondents report that police violence against Black Americans makes them feel nervous, compared to 51% of heterosexual respondents. People who identify as LGBTQ+ are twice as likely to describe feeling anxious ‘all the time’ as heterosexual respondents.

With Project Healthy Minds’ wider findings showing that 86% of US Millennials and Gen Z say mental health is as important or more important than physical health, younger generations will expect non-discriminatory care that is radically inclusive. The Queer Care Market might not be a panacea for structural unrest, but it can help targeted groups find care centred on awareness, understanding and allyship.

Amid global upheaval, certain communities are more affected than others. Consider how support and resources built from personal experience can provide groups with relevant and beneficial care

Travel & Hospitality : Luxury : Advertising & Branding
Load More
You have 2 free News articles remaining. Sign up to LS:N Global to get unlimited access to all articles.
Discover Our Memberships Sign in