Un-wreck The Future by MadeGood

US and Canada – With younger generations increasingly taking an active role in supporting social and environmental change, snack brand MadeGood is using this behaviour with the launch of a brand platform called Un-wreck The Future. The platform’s open call asks budding change-makers to submit a one-minute video outlining the steps they’ve taken to address food insecurity in their community.

To promote the launch, a campaign film by advertising agency Broken Heart Love Affair highlights the youthful optimism within a group of children sharing ideas on urgent issues. In this way, the project echoes the motives outlined by Regenerative Futures – a social change initiative powered by Generation Z. ‘We see this campaign as an opportunity to support a movement already in progress and help inspire others to do the same,’ says Milana Kleidman, brand manager for MadeGood.

For more on the ways that young people are working together to challenge and transform outdated societal systems, delve into our Reformation Generation report.

Across sectors, brands and retailers should work with young people to source new ideas relating to social, political and environmental change. Consider facilitating workshops to generate inspiration and empower the next generation. 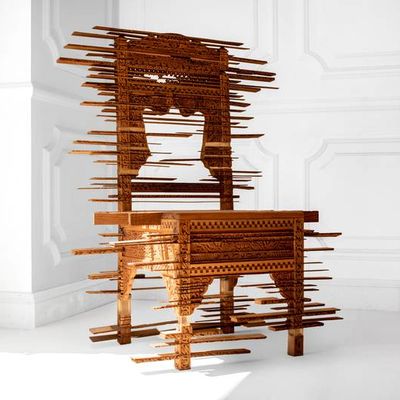 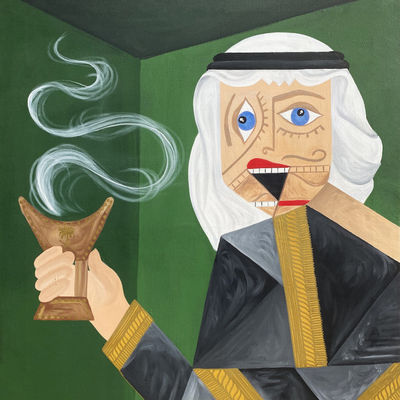 SWANA – Providing a platform for artisans operating in the SWANA region, Al Bon is an e-commerce site spotlighting Arab craftsmanship. The digital marketplace offers furniture, artworks, fashion garments and gifts, among other products. Each unique piece comes as part of a curated selection of makers from across the region, with proceeds from the platform’s sales used to support Arab businesses, families and non-profit organisations.

Through this initiative, the retailer supports artisans by celebrating and preserving local heritage while connecting them to global audiences. ‘Al Bon was created to help preserve Arab craftsmanship and highlight the diverse talent in our community,’ say the founders of Al Bon. ‘By bringing attention to the region’s craft traditions and heritage, our goal is that the Al Bon marketplace will make it easier for customers to find these independent brands and to discover the stories behind each artist and designer.’

Elsewhere, we recently identified a selection of innovators that are pioneering cause-driven retail and similarly making a positive impact on people and the planet.

Existing retailers can create dedicated verticals or microsites to spotlight artisans from different regions. When doing this, ensure you accurately represent the materials and processes associated with specific products and creators

US – Music magazine Billboard is partnering with technology brand Logitech to introduce a ranking system for digital creators who are driving music consumption. The Song Breaker Chart will rank digital creators on a monthly basis, giving recognition to the songs that break into Billboard Charts because of popular memes and dance challenges.

By doing this, the two brands are responding to the changing landscape of music at a time when Generation Z are increasingly seeking democratised music communities. ‘Every day we see new trends exploding in popularity across social media platforms and we are beyond thrilled to highlight these breakthrough creators who are redefining stardom in the music industry,’ said Julian Holguin, president of Billboard.

Since 2018, we’ve been tracking the rise of Social Media Music and the ongoing opportunities for artists to create music with people’s digital habits in mind. Now, this strategy is more relevant than ever as platforms like TikTok continue to lead the way in new music discovery. 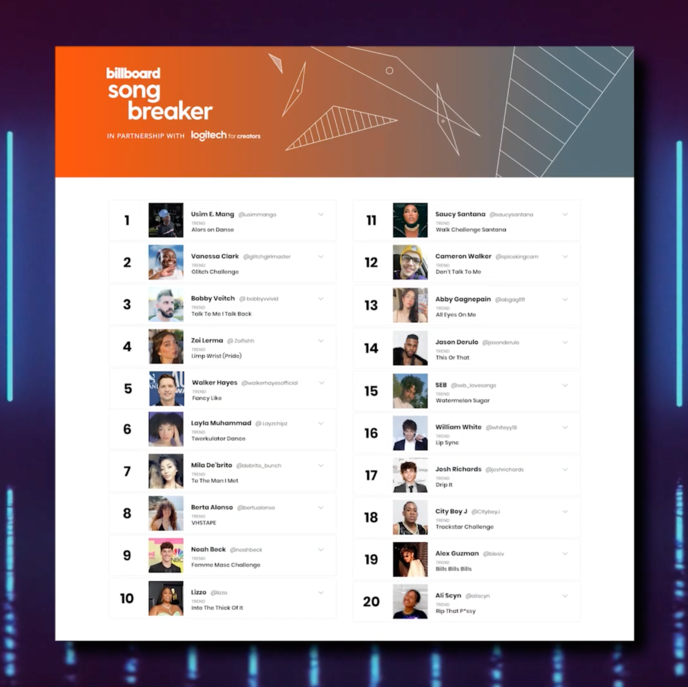 Music streaming services should take cues from Billboard and actively spotlight the creators that are driving traffic through their content. Meanwhile, artists themselves can similarly use their reach to profile digital creators. 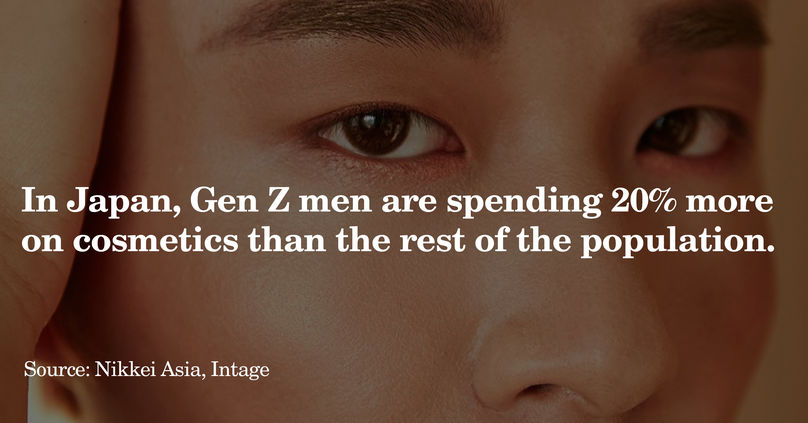 In Japan, there is growing interest in men’s make-up, despite an overall fall in cosmetics sales in the country. The rise is particularly apparent among Generation Z, according to research from data firm Intage, as reported by Nikkei Asia.

The study shows that this group spend about 20% more a month on cosmetics than the overall population. And while Japan’s cosmetics market contracted by 11% as a whole in 2020, the men’s cosmetics sector grew 4% to £247m (¥37.3bn, $339m, €288.4m). According to Intage, this growth is linked to a rise in video calling during the pandemic. ‘People see their own faces on the screen more often, and this sparked men’s interest in cosmetics,’ says Intage.

We’ve been tracking the rise of men’s make-up in East Asia through the lens of Soft Masculinity – with more people embracing a softer, more delicate and visibly feminine look as an antidote to conventional ideals about being a man.

To appeal to this demographic, create products that allow men to achieve a natural look and imbue confidence in digital spaces. Consider also experimenting with more expressive elements that will appeal to early adopters of men’s cosmetics.