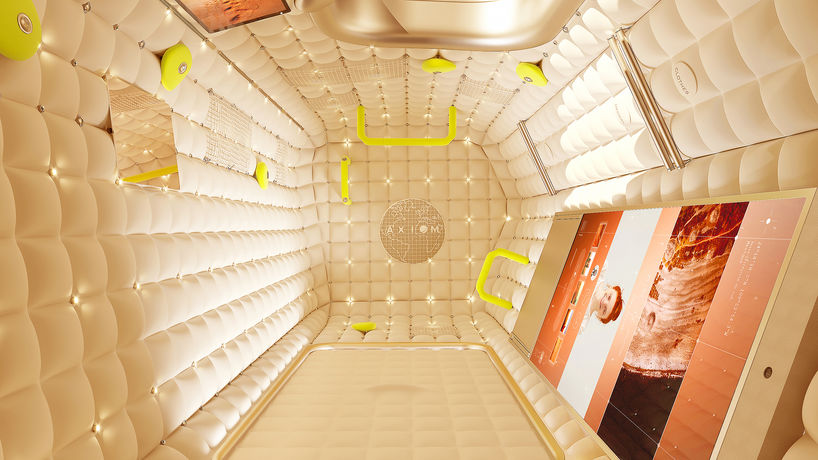 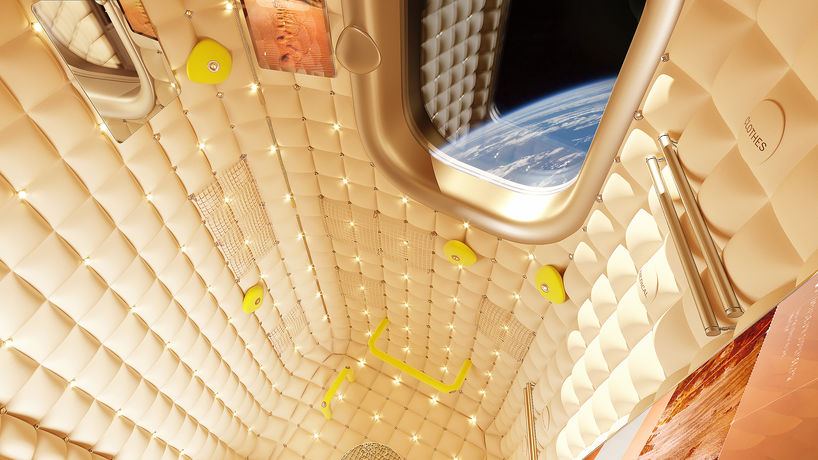 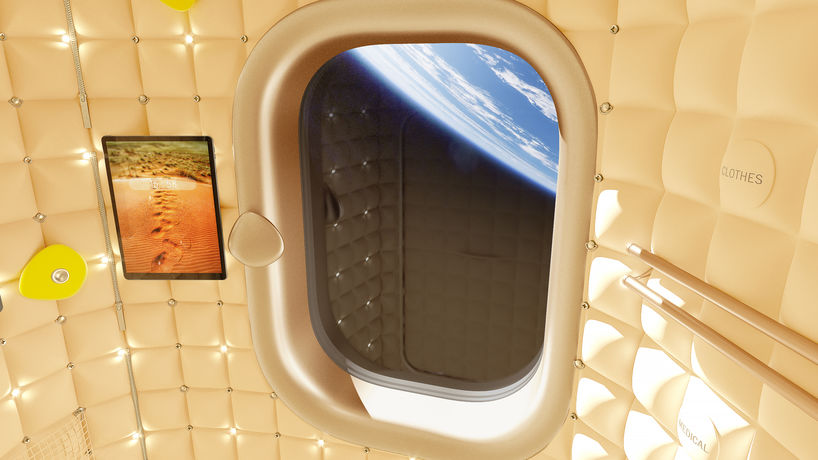 Houston – Due to open in 2020, the world’s first commercial space station Axiom Space has announced the launch of a new tourism programme that will offer guests the chance to visit the International Space Station (ISS).

Priced at £42m ($55m, €47m) a ticket, Axiom will fly guests to the ISS for a 10-day expedition. A two-year intensive training programme at Axiom Space Station is required to ensure individuals are prepared for their time in space. French designer Philippe Starck has been enlisted to create the luxurious interior of the habitation module at the station, while Italian outerwear brand Moncler will design the flight suit.

‘The interest in space tourism for private individuals has gained momentum as our capabilities of exploration continue to develop,’ says Michael Suffredini, CEO and president of Axiom Space.

Luxury travel experiences are becoming the new collectors’ items, offering consumers access to unexplored destinations. Axiom is taking this further with an experience that also challenges consumers’ physical and mental abilities as part of their exploration. 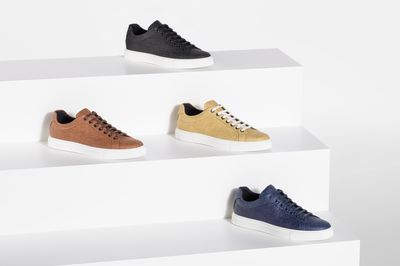 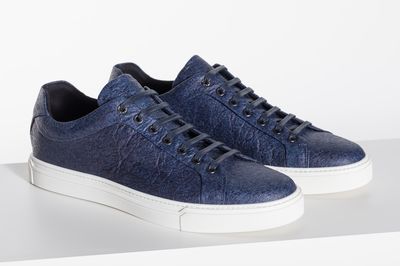 As synthetic leathers become increasingly recognised as more sustainable alternatives to traditional leather, luxury fashion labels are beginning to incorporate and promote the use of such materials in their collections. Billed as ‘vegan shoes’ by Hugo Boss, the brand has used Piñatex in the upper part of a limited-edition collection of men’s trainers in its BOSS Menswear range. The raw material that forms the base of Piñatex is the by-product of pineapple harvesting that has minimal environmental impact and provides additional income farming communities.

Scotland – Technology giant Microsoft has submerged a data centre under water in an effort to make its practices more sustainable.

Located just off the coast of the Orkney Islands in northeast Scotland, the prototype centre can hold data for up to five years without maintenance. The low sea temperatures will ensure it remains cool, saving on energy costs. In an area known for its renewable energy research, tidal turbines and wave energy converters will generate the electricity to power the centre, which is part of the Project Natick research programme, while nearby regions and coastal areas could benefit from faster and smoother internet access.

‘Creating solutions that are sustainable is critical for Microsoft, and Project Natick is a step towards our vision of data centres with their own sustainable power supply. It builds on environmental promises Microsoft has made,’ says Cindy Rose, CEO of Microsoft UK. 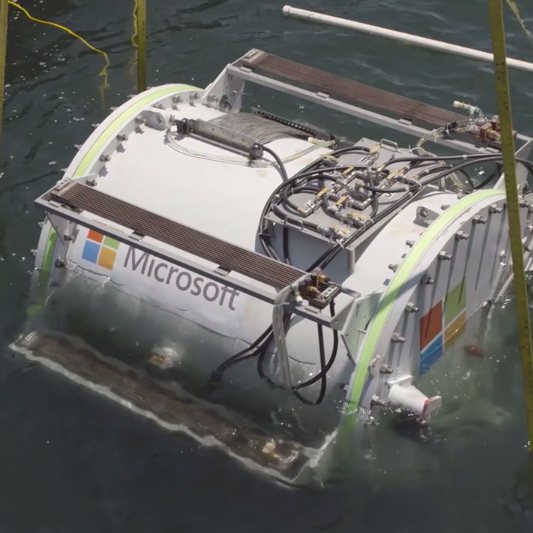 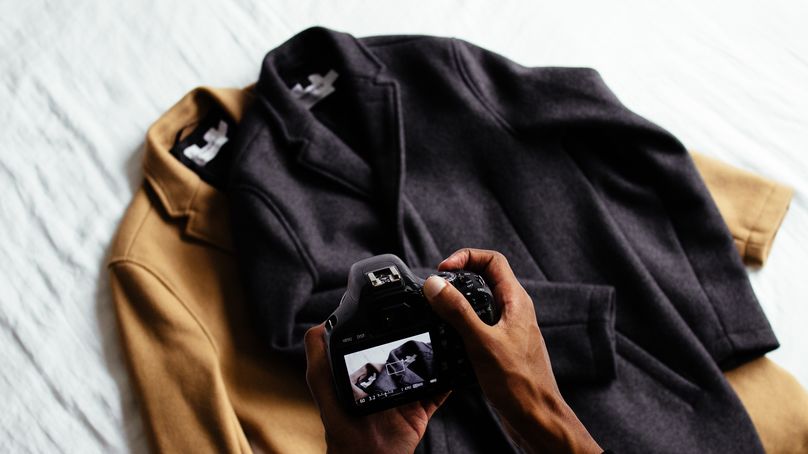 Save Your Wardrobe, UK

London – Save Your Wardrobe is a new app that encourages consumers to document their wardrobe in an effort to reduce future purchases.

Registered users can upload the contents of their wardrobe through email receipts or from photographs that are then stored in an inventory. All of the information – from style and colour to size and brand – is recorded alongside each individual item. The app’s AI technology will create personalised lookbooks to inspire users to continue wearing items already in their wardrobe, rather than making new purchases.

‘We are building the platform around the belief that we can disrupt fashion consumption by giving our users a tool to manage their wardrobe mindfully and effortlessly. Our challenge is to increase the number of items we wear on a regular basis or find creative ways to give them a second life,’ explains Hasna Kourda, co-founder and CEO of Save Your Wardrobe. ‘We are curating an eco-system of services as a way to upcycle and extend the life of garments.’

For more on how brands can play an active role in the evolving fashion industry, download our Fashion Futures Report here.

As the perception and manifestation of money changes with each generation, consumers are becoming increasingly interested in digital currencies. The Point of Loyalty’s annual report found that 36% of loyalty programme members would rather be rewarded in cryptocurrency than with traditional points systems, suggesting consumers would prefer more tangible monetary rewards that allow them to pay for products using digital tokens.

For more on how brands are using cryptocurrencies to tap into the rewards and incentives market, see our microtrend here.

The World Health Organization has officially recognised gaming as an addictive disorder, but it fails to contextualise this against gaming as a positive influence on mental wellbeing.

It has been a turbulent week for the gaming community. On 18 June the news broke that The World Health Organization (WHO) now officially recognises gaming as an addictive disorder in its International Classification of Diseases (ICD).

The WHO’s diktat means that governments are under pressure to ensure they provide some form of treatment for those debilitatingly addicted to games. This is not, as many global tabloids and news sites have presented the news, confirmation that gaming is a scourge on society. Rather, it is recognition of gaming’s mainstream reach. It is no longer a niche pursuit, but something enjoyed by everyone from pre-schoolers to retirees. And with this, games are playing a crucial role in expanding our understanding and experience of mental health conditions.

One example is Hellblade: Senua’s Sacrifice, produced by Ninja Theory. Created in collaboration with mental health experts, people who have experienced psychosis, and the Wellcome Trust, the game immerses players in the visual and auditory experience of people suffering from mental health issues. 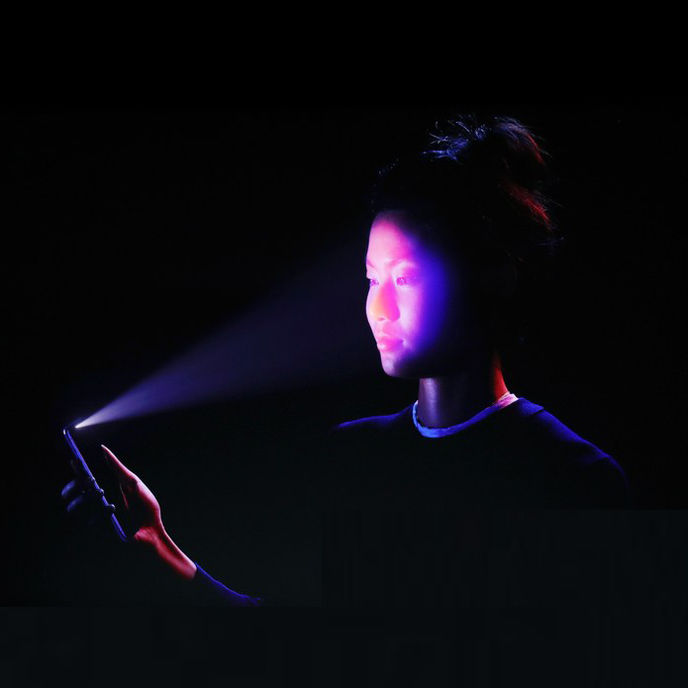