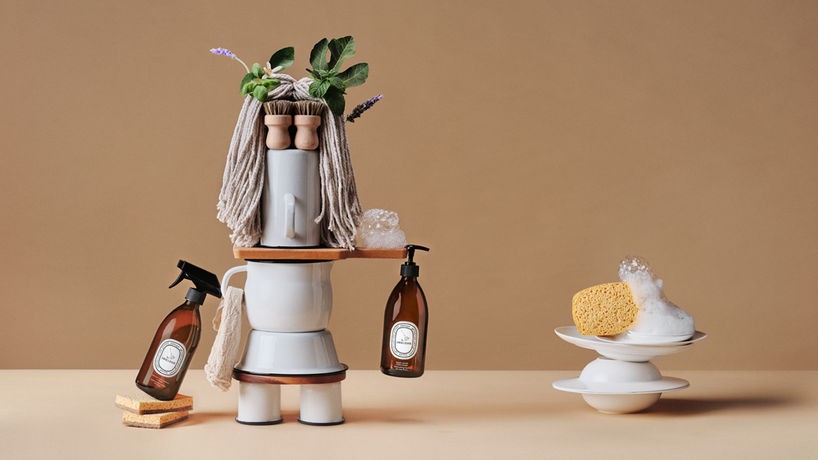 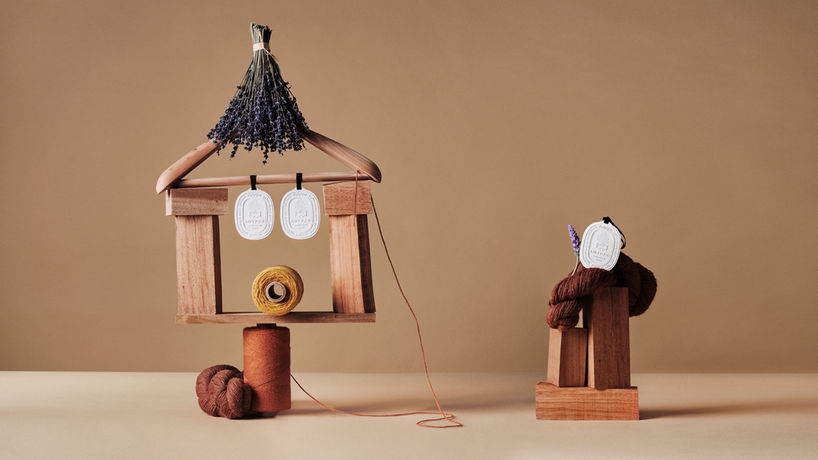 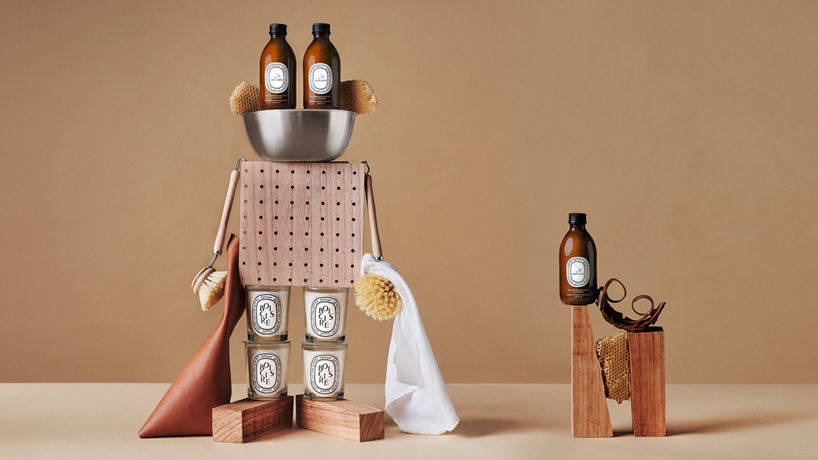 Bringing the same olfactory approach that the company applies to its fragrances, the cleaning products feature enticing aromas of orange blossom with notes of mandarin and basil. In addition to the appealing smell, the products help achieve a deep clean without the use of toxic chemicals. The collection has also received the seal of approval from Ecocert, an international sustainability certification.

As we recently explored in the Avant Abodes section of the Innovation Debrief report, the La Droguerie collection elevates the drab act of cleaning into a sensorial experience. ‘Created according to the principles of eco-design, the La Droguerie collection values environmental responsibility as highly as it does the beauty of its objects and the sensual enjoyment they provide,’ says the press release.

Why should home cleaning be seen as a functional and unglamorous category? Home care companies have an opportunity to inject cues from the lifestyle and luxury sectors into their product design 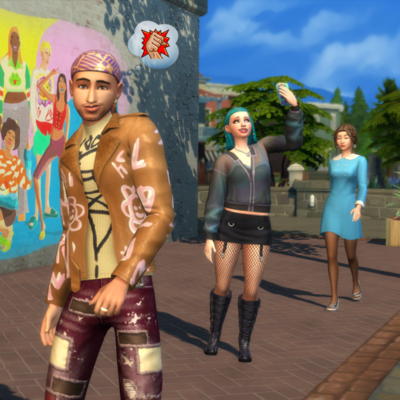 High School Years by Depop for The Sims, UK 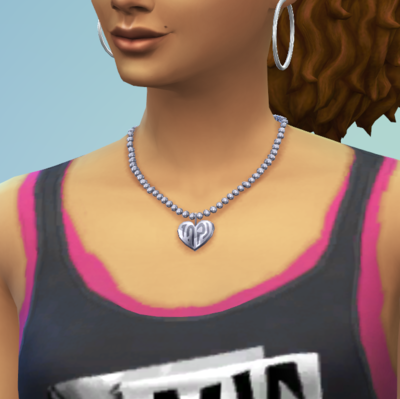 High School Years by Depop for The Sims, UK

Global – The community-powered fashion marketplace Depop is collaborating with computer game The Sims to bring seller-designed virtual clothing into the gaming world. With this partnership, players can style their Sims’ outfits, earn in-game currency by reselling their best looks, and even become virtual influencers within the game. The peer-to-peer resale platform is among the first to introduce the second-hand clothing model into a virtual platform.

Through this tie-up, the two brands exemplify how platforms and retailers can use Fashion-meta Networks to promote sustainable behaviours. As gaming worlds continue to reflect changing consumer habits in the physical world, such as the growth of resale, this initiative empowers consumers to express their sustainable values within virtual realms. Steve Dool, brand director for Depop, says: ‘The beauty of a project like this is that there are no boundaries on each seller’s creativity, so they were able to dream up their fantasy upcycled, vintage or custom pieces.’

Saudi Arabia – Solidifying its status as a cultural destination, Saudi Arabia is inviting major artists, including James Turrell and Michael Heizer, to permanently instal monumental pieces in its northwestern desert. Taking up space in a 25-square-mile area, the arts valley will include contemporary works from a mirrored installation that mimics a mirage to a labyrinth town made from adobe walls.

Called Wadi AlFann, which means Valley of the Arts, the site arrives as Saudi Arabia establishes itself as a key arts destination on the global stage. Iwona Blazwick, former director of London’s Whitechapel Art Gallery and advisor for Wadi AlFann, says: ‘I don’t think there’s anywhere else in the world featuring all these titans. It’s going to be remarkable to see them [the artworks] in these surroundings.’

This project paves the way for the region’s contemporary future, with its plans to build dozens of museums exploring the impact of oil, incense and the Red Sea on Saudi Arabia. By establishing a permanent cultural space, the nation demonstrates its growing cultural influence, which has been evolving since the launch of its Desert X art exhibition. 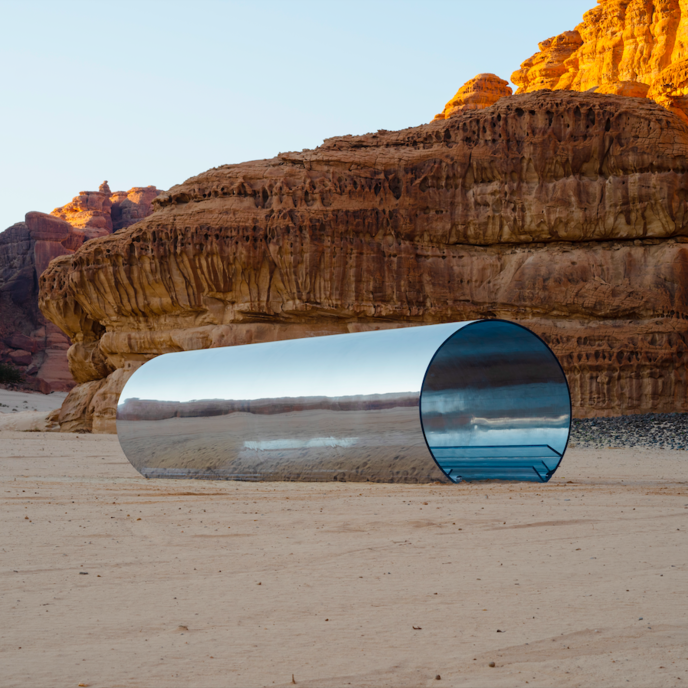 As visionary and ambitious showcases of contemporary works continue to emerge, the travel and hospitality sectors can draw on such projects to promote tourism destinations 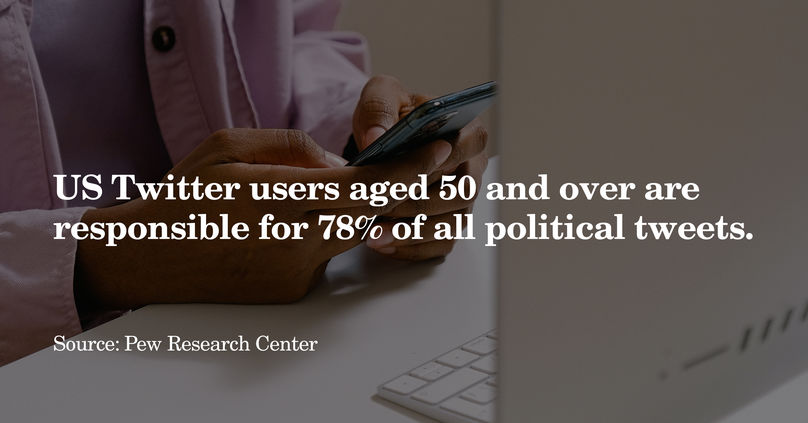 Older users are responsible for an overwhelming majority of political tweets, despite making up a relatively small proportion of Twitter users. A study by the Pew Research Center found that Americans aged 50 and over post 78% of all political tweets, although they account for only 24% of Twitter’s US adult user base.

About a quarter of American adults use Twitter, and a quarter of those are aged 50 and over. But the study reveals that tweets from users in this group are five times more likely to contain political content than the average tweet by an 18–49-year-old. In the US, Twitter continues to be a key platform for airing political views, with the study also revealing that 33% of all tweets by US adult users are political in nature.

The findings demonstrate that older Twitter users are more likely to be vocal with their political viewpoints, and that it’s often a small but vociferous minority of users driving the discourse on social media provocation platforms.

Consider how branded content or purpose-driven initiatives can be used to open up a two-way dialogue with audiences, allowing customers to feel heard and be a part of the conversation

Workplace : Architecture : Sustainability
Load More
You have 2 free News articles remaining. Sign up to LS:N Global to get unlimited access to all articles.
Discover Our Memberships Sign in