These perfumes can also be poured on ice cream 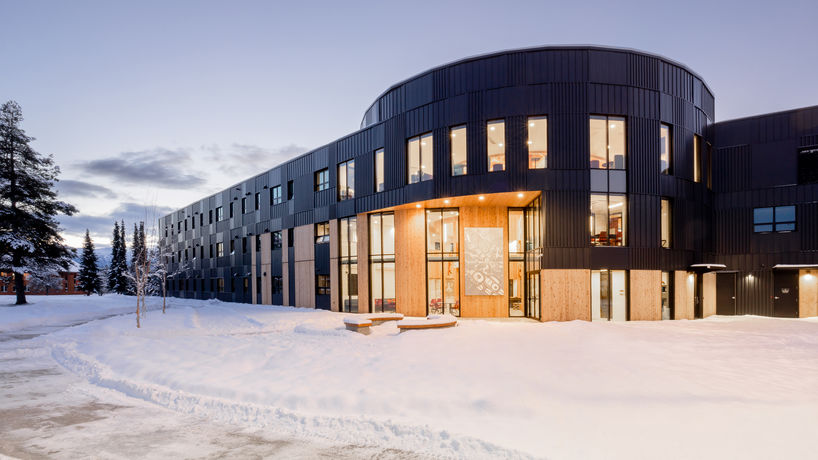 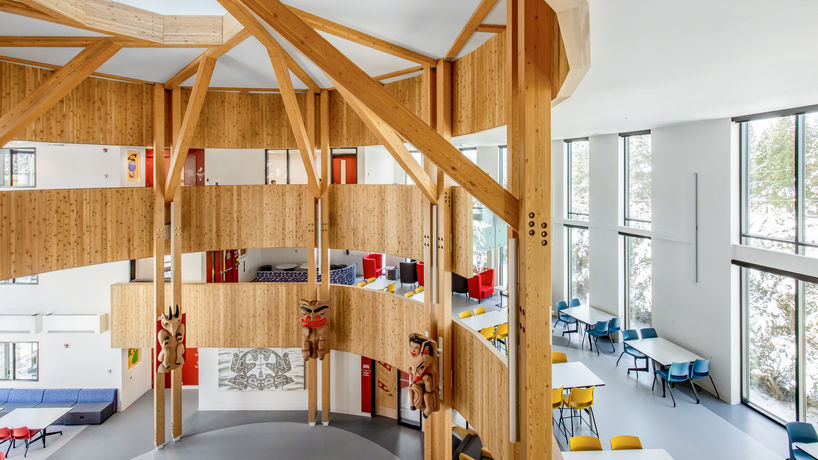 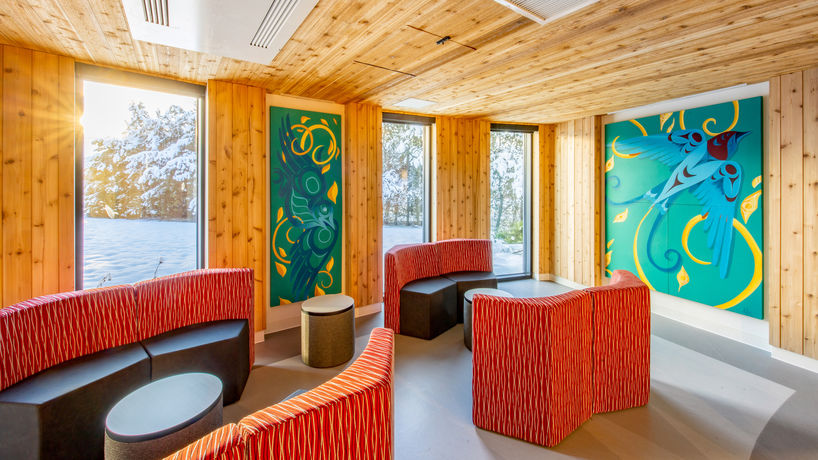 Canada – Architecture studio HCMA has unveiled a student housing and cultural centre with Indigenous design as a focal consideration. The space, called Wii Gyemsiga Siwilaawksat, is located at the Coast Mountain College on the ancestral lands of the Tsimshian Kitsumkalum First Nation. Its name translates roughly as ‘where learners are content and comfortable’ – a phrase that also reflects its modular, prefrabricated design and central atrium.

The centre is a response to calls for decolonial action and respect for the cultural practices of Indigenous people, as described in the UN Declaration on the Rights of Indigenous Peoples. The building itself features over 70 artworks from Indigenous artists, including carvings and murals. Meanwhile, a cultural room provides a safe space for students to share knowledge and cultural practice.

‘Traditionally, architects are used to having authorship over the design expression,’ said HCMA project architect Aiden Callison. ‘When we take a decolonised approach, we find ways to shift that power and develop processes where we take on the role of facilitators of the design process.’ Elsewhere, we previously identified the ways Google is capturing New Zealand’s Indigenous heritage through its inclusive office design.

Beyond student housing, urban developers must find ways to integrate decolonial practices into public spaces from hospitals to retail establishments 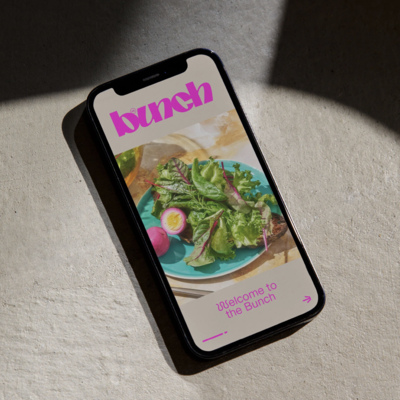 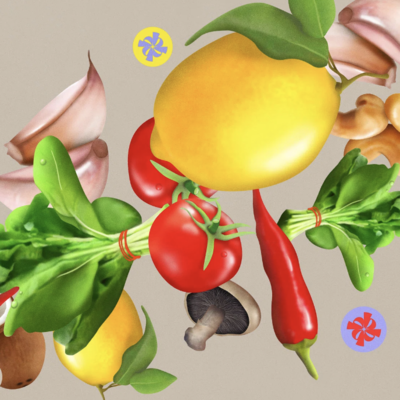 UK – The vegan platform is employing bold and hyper-real design cues in its visual refresh, created by creative practice and branding studio Studio Nari. Despite the recent rise of fake meats and other alternative proteins, the rebranding avoids this angle and instead refocuses on fruit and vegetables. Its new identity is fluid and dynamic, using visuals that mimic motions like tumbling, combining and growing to reflect ‘ingredients coming together to create a dish’, says the brand.

Bunch’s updated logotype also draws inspiration from organic foods, intentionally keeping small inconsistencies throughout the lettering which lend it a textural and varied feel. As Caterina Bianchini, the founder of Studio Nari, explains: ‘We began by drawing a logotype that felt human and not overly fussy, the typographic details were secondary rather than creating lettering that felt overly designed.’

Through this redesign, Bunch demonstrates how the Vibrant Veganism design direction is evolving in line with changing consumer habits.

While veganism is now widely adopted in some countries and cultures, there is still a need for branding and communications that promote plant-based food in fun and accessible ways

These perfumes can also be poured on ice cream

US – Ice cream bar Salt & Straw is collaborating with Imaginary Authors Fragrances to create a range of edible perfumes that are being introduced as ice cream toppings. The three fragrances fuse ingredients that are both pleasant-smelling and flavoursome. A Cloud of Cocoa features Ecuadorian chocolate, malted milkshake and Japanese whisky; A Plume of Blooms features jasmine, honeysuckle and wild country garden; and A Swoon of Citrus combines Key lime pie, lychee and Italian lemon grove.

Balancing such ingredient combinations allows the perfumes to take on multi-functional uses in a novel but sophisticated way. ‘It was not only [about] finding the oils and then [figuring out] the concentrations to make them [both] something you’d want to smell [and] something unique to the perfume industry,’ says Josh Meyer, founder of Imaginary Authors fragrances. ‘[It was also about] making them something you’d want to spray on ice cream.’

In a similar vein, we’ve previously explored the Synaesthesia Scents that are merging olfactory and auditory experiences. 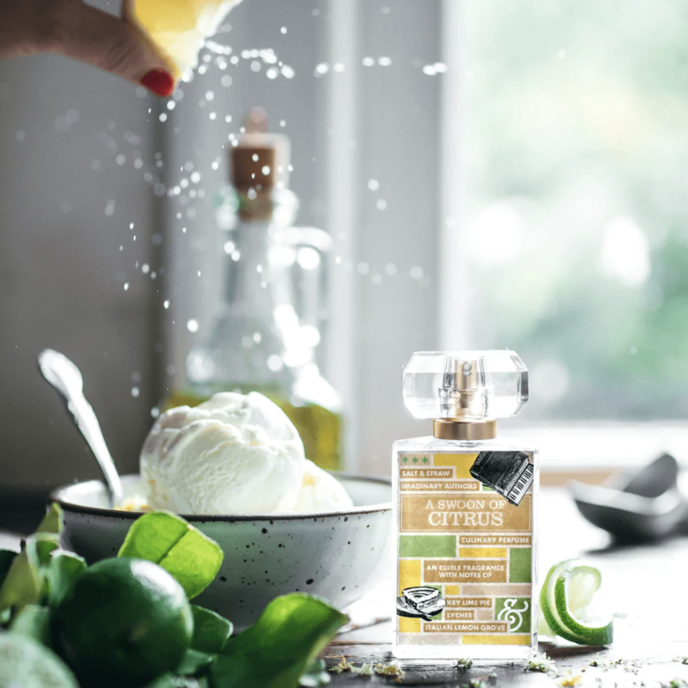 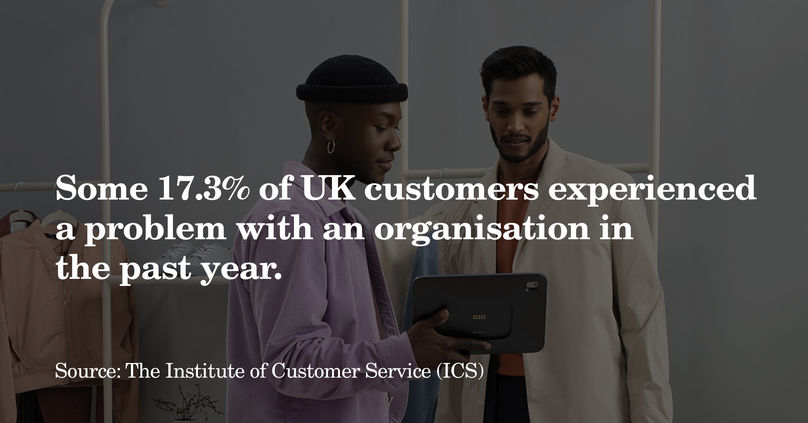 While many UK companies have improved how they handle complaints in recent years, The Institute of Customer Service (ICS) reports that the number of people complaining is on the rise. According to its UK Customer Satisfaction Index (UKCSI) 2022 report, the percentage of customers experiencing a problem with an organisation rose to 17.3%, higher than in July 2021 (14.9%) and January 2021 (16.4%).

The report also reveals an increase in the number of problems relating to the quality and reliability, as well as the suitability, of goods and services. With this in mind, some 35% of customers indicated that they would be prepared to pay more to guarantee excellent service, whereas just 12% would be willing to sacrifice the quality of customer service in order to receive the lowest possible price.

Given these figures, there is a need for retailers to develop clear strategies and communications to keep customers informed about their products and services – including any delays or difficulties. Such strategies are especially important at a time when the cost of living crisis is worsening.

Retailers must prioritise clear communications to ensure a high level of service is delivered to customers. Consider assigning dedicated sales representatives to customers to offer a personalised service