1. Ace & Tate global campaign reveals the people behind its frames

4. Future aeroplanes could have bunk beds in the cargo hold

6. Thought-starter: Should brands re-assess how they target minorities?

1. Ace & Tate global campaign reveals the people behind its frames

Me Myself & I for Ace & Tate by Bafic, Amsterdam

Amsterdam – Eyewear brand Ace & Tate has eschewed influencers to instead unpack the complex identities of real people for its first global campaign.

Me, Myself & I features six creatives from across Europe, including British-Nigerian furniture designer Yinka Ilori and Swedish social worker and hardcore musician Mona Morssy.

Highlighting the personalities behind its frames, the campaign promotes the idea that eyewear should reflect the facets of a person’s lifestyle and identity. Supported by a series of written interviews, alongside short films and portrait photographs captured by artist and filmmaker Bafic, it echoes our New Bricolage Living macro trend, emphasising how identity is no longer innate, but something humans collect, assemble and arrange over time. 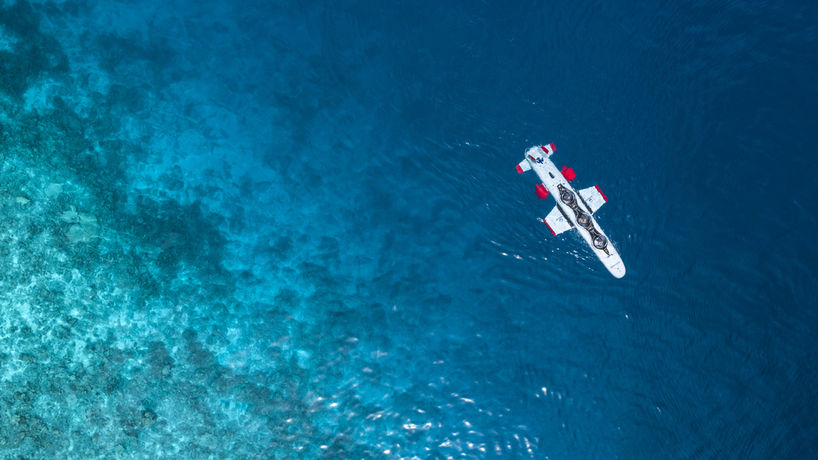 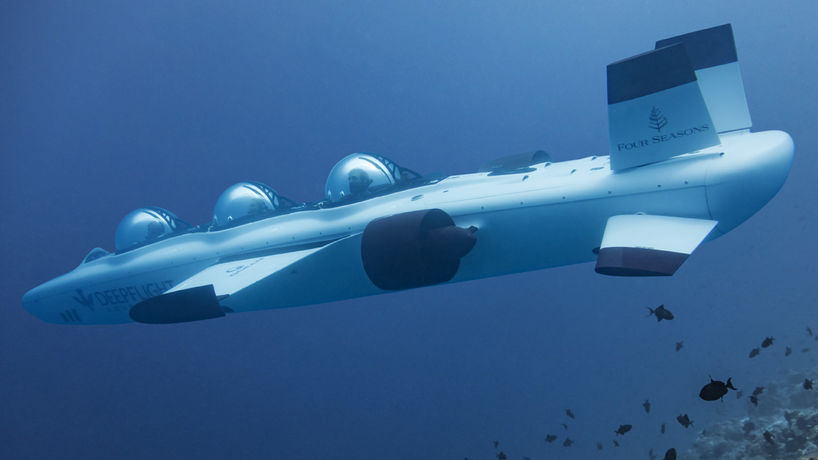 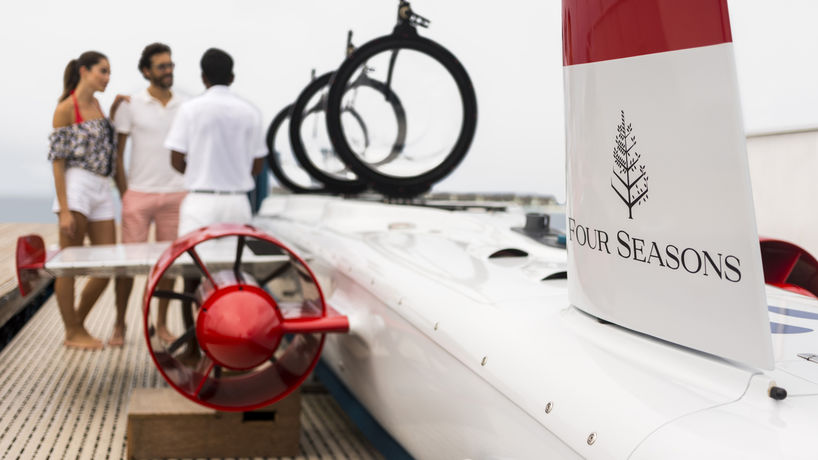 Maldives – Luxury hotel group, Four Seasons, is taking guests on a sub-aquatic dive to experience the only biosphere reserve in the Maldives.

The personal submarine excursion, DeepFlight, is guided by a professional pilot and offers guests a chance to experience a 360-degree view of the underwater environment surrounding the Maldivian island of Landaa Giraavaru. Reaching depths of 37 metres, visitors can witness aquatic wildlife in their natural environment and view the intricate formations of coral reefs, in the comfort of individual viewing domes.

‘We have long been aligned with DeepFlight’s mission to bring awareness to the oceans. These submarine excursions redefine marine exploration and bridge the gap between the world we see above the waves and the one that exists below,’ Armando Kraenzlin, regional vice president of Four Seasons, explained in a statement.

With luxury consumers less interested in possessions, rare experiences are becoming collectors’ items. For more on how luxury hospitality brands are going beyond traditional packages their hospitality offerings, read our Experience-Collectors microtrend.

Global – The discovery platform has launched a new feature that enables users to search for images based on different skin tones.

In response to the continued drive for diversity within beauty, Pinterest has introduced a set of skin tone filters that allows users to narrow beauty searches to discover more personal results. Powered by ModiFace’s artificial intelligence technology, the tool uses machine learning to scan the platform’s most searched images and categorise them into the relevant skin colour range.

The platform currently offers four different colour palette filters but plan to expand beyond this to create a more inclusive experience for its users. 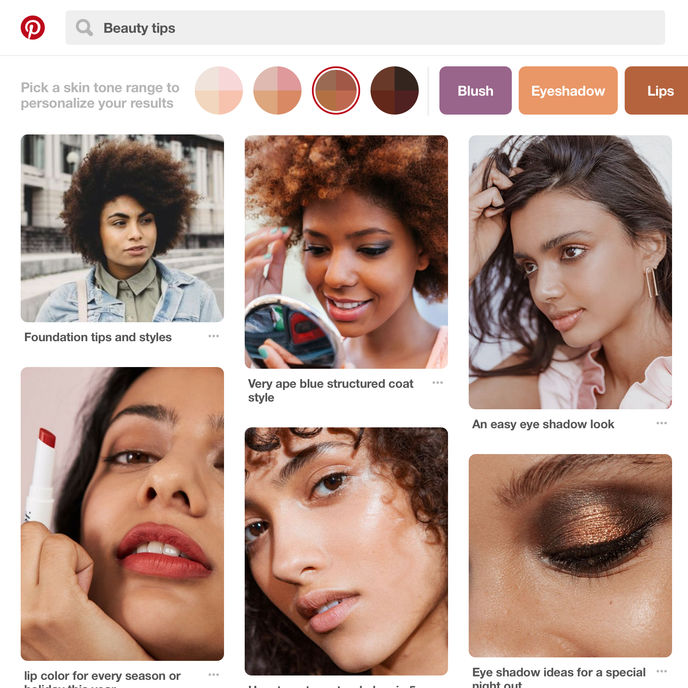 4. Future aeroplanes could have bunk beds in the cargo hold 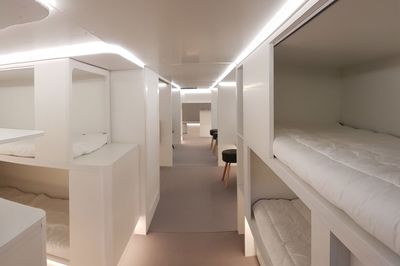 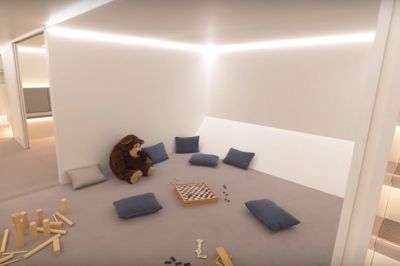 Hamburg – At this year’ Aircraft Interiors expo, Airbus and Zodiac Aerospace announced an initiative to introduce beds in the cargo of a plane.

The plans involve transforming the lower decks of the plane into sleeping berths which passengers will be able to hire, potentially as an add-on to their ticket. They would not replace seats, but would be in addition to economy seating. The sleeping quarters will be built inside modules that can be slotted in and out of Airbus aircrafts. Similar to the cabin bunk beds available to crew members, the beds will be stacked on top of each other to allow for more room and will be separated with privacy curtains.

Increasingly, travel carriers are finding ways to allow customers to have a good night sleep in transit. In the aircraft industry, this focus tends to be on the first-class amenities, but cargo hold beds could bring this idea to the mass market.

The research by luxury market research specialists, MVI highlighted a sizable shift in interest of lab-grown diamonds, when comparing the same survey conducted in 2017.

The survey also found that young consumers has a particular interest with 74% of participants agreeing lab-grown diamonds are better because you can get a larger diamond for the same price and 76% saying they would purchase lab-grown diamonds to save money.

Lab-grown diamonds offer a sustainable and more transparent alternative to mined diamonds, that are marred by the ethics of production. For more on how the diamond industry in particular could benefit from embracing more transparent practices, read our piece on blockchain's potential to disrupt the category.

6. Thought-starter: Should brands re-assess how they target minorities?

Guest columnist Debika Ray, founder and editor-in-chief of Clove magazine, a biannual journal dedicated to the culture of South Asia explores why brands should stop thinking of diasporas as a minority group.

In the past few decades, marketing has become increasingly microcosmic and focused. As we have become able to process large amounts of data, brands have found it increasingly easy to personalise and target initiatives at specific people, as well as using data insights to inform more traditional marketing drives.

Toyota’s recent US campaign is just one example. The brand launched separate adverts aimed at people of different ethnicities and aired at times when people of those backgrounds were likely to be watching. However, in this globalised era, should brands be thinking of minority and diasporic groups less as niche markets and more as a new global mainstream?

With the movement of people and ideas, global culture – once dominated by the US and Europe – is increasingly mixed and fluid, with lesser known aspects of cultures becoming increasingly mainstream and familiar. There will be little meaningful change until we stop seeing people and cultures from outside of the Western mainstream as minorities on the world stage, and assuming they will only appeal to niche audiences. 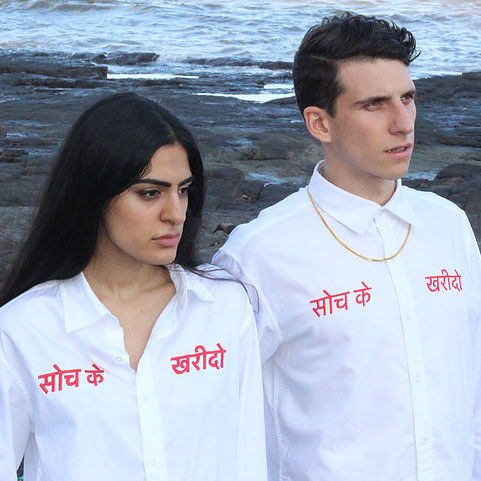