5. Gender inequality in the UK has not improved in 10 years

6. Thought-starter: Is the technology in Blade Runner 2049 here?

In line with our Digital Store Fronts microtrend, brands are rethinking the online shopping experience, abandoning models that focus on features such as checkout and shopping cart functionality in favour of more experiential and immersive platforms.

Designers such as Chloma and Neuro are experimenting with how to replicate the tactility of clothing and materials in the digital sphere. 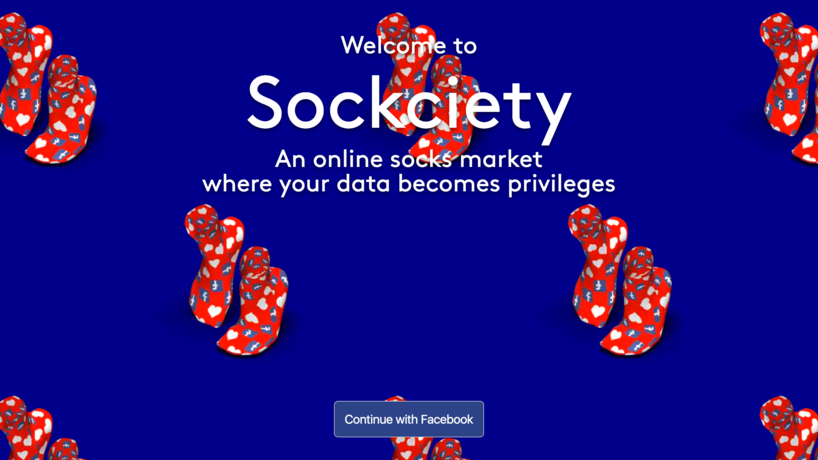 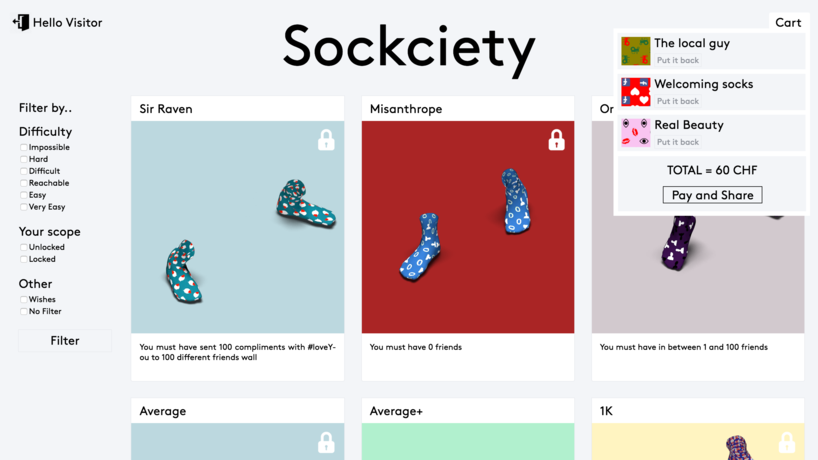 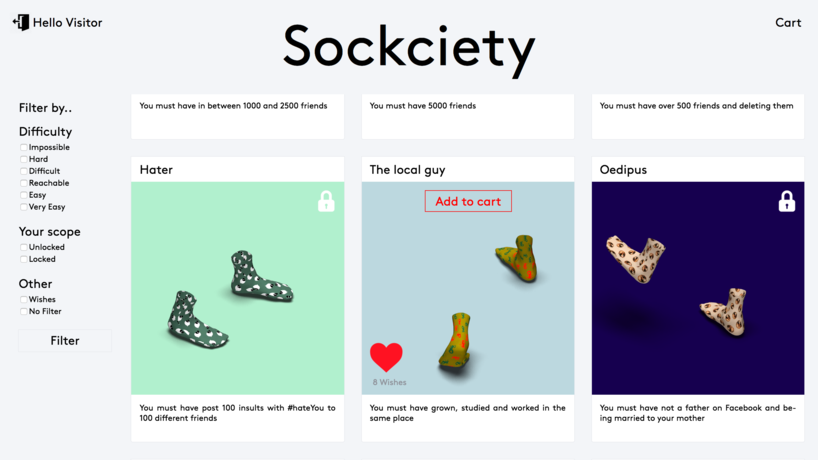 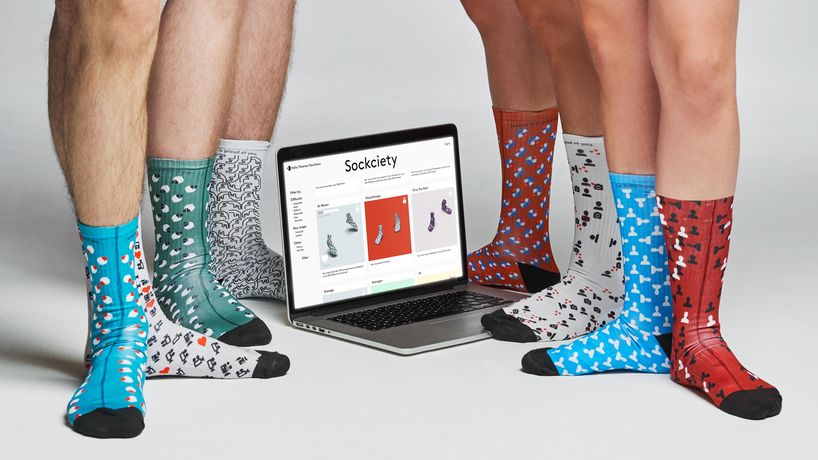 Switzerland – French designer Thomas Faucheux has created a conceptual e-commerce website called Sockciety, which offers socks that users can only access if certain elements of their Facebook page meet specific criteria. ‘You must have over 100 likes on your break-up post’ and more than ‘100 poke exchanges with the same friend’ to unlock the Good Riddance and Poke Master styles, respectively, reads the website.

Reminiscent of the satirical series Black Mirror’s Nosedive episode, in which consumers’ social standing revolves around their social media profile, Sockciety is ‘a reflection on the consequences of the datafication of the world, mingled with a system of perverse gamification where all quantified actions become criteria for evaluation’, explains Faucheux. Consumers are increasingly comfortable with sharing their personal data with brands in exchange for goods and services, creating new systems of value based on their browsing behaviour. Read our macrotrend The New Value Economy to find out more.

San Francisco – Supermarket start-up Farmstead is re-inventing the online grocery model by using artificial intelligence (AI) to determine which products to stock based on what people are buying. The aim is to cut the amount of surplus produce that goes to waste. All the groceries are sourced locally and are delivered to homes in the Bay Area within an hour to ensure freshness.

The direct-to-consumer model, along with the waste reduction element, helps to keep the brand’s overheads low, which enables it to offer competitive prices and delivery for less than £3.80 ($5, €4.25). As the Farmstead app learns more about the purchasing habits of customers and asks them about which perishables they throw away, it will offer advice on how to avoid over-buying in future.

To find out more about the future food landscape, buy tickets to our forthcoming Food and Drink Futures Forum here. 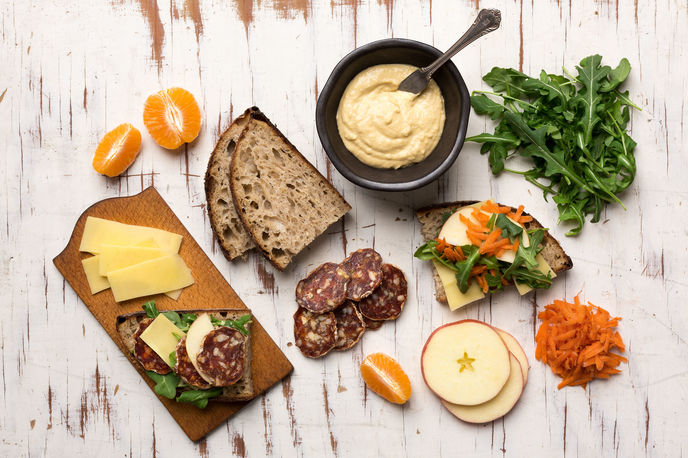 US – In anticipation of its new tv show Mosaic, HBO has launched an app of the same name, which lets viewers experience the narrative from the point of view of one of the characters.

Following the premise first explored in our Choose Your Own Adventure microtrend, and now adopted by a mainstream brand, decisions made in the app will influence how the story ends for viewers, who will be able to compare their version with film-maker Steven Soderbergh’s official ending when the show premiers in January 2018.

Soderbergh explained to guests at the Future of Storytelling Festival that the show was produced with the app in mind to ensure that the narrative would fit together cohesively regardless of the decisions made in the app.

5. Gender inequality in the UK has not improved in 10 years

The UK, Slovakia and the Czech Republic have made no significant advances in reducing inequality between the sexes when taking into account a variety of categories including the workplace, income, education, health and political engagement, according to the European Union’s 2017 Gender Equality Index. In uncertain times, politicians and media outlets frequently speak about the need for change, but in a Dislocated World, consumers are increasingly sceptical about claims of progress made by officials and institutions.

6. Thought-starter: Is the technology in Blade Runner 2049 here?

With advances in artificial intelligence (AI) technology, senior journalist Maks Fus Mickiewicz argues that the sci-fi future of Blade Runner 2049 may be closer than you think.

Blade Runner 2049 has received rave reviews. Fans and critics alike have praised the tenacity of director Denis Villeneuve’s world, and the considered narrative, which builds on the story of the original Blade Runner, makes it a stand-out feature in its own right. Now for the real test. How does the fiction measure up against The Future Laboratory’s trend forecast?

First let’s talk about Joi, a holographic AI system who both connects with smart home devices and is connected to protagonist Officer K romantically.

As we’ve explored on LS:N Global, this kind of technology is already here, it’s just not very evenly distributed – to paraphrase William Gibson. In Japan, technology firm Gatebox is developing a holographic home assistant, priced at £1,970 ($2,600, €2,200). The device features a manga-inspired character called Azuma Hikari who texts users while they are at work and sits down to eat with them at dinner. 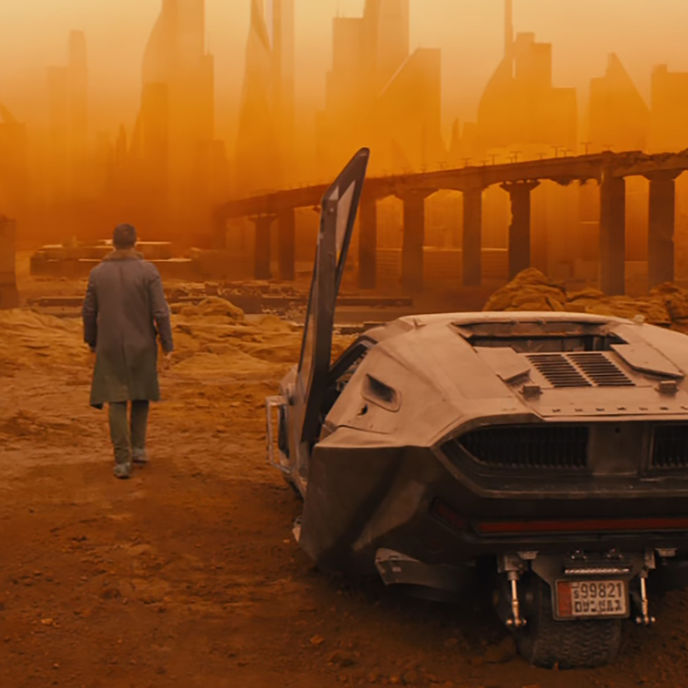 Stat : Health : Wellness
Load More
You have 2 free News articles remaining. Sign up to one of our membership packages from just £100 a month.
View Subscription Offers Sign in