CleanPod’s rechargeable sanitiser for disinfecting on the go

Stat: Casual runners have stepped up their activity during lockdown 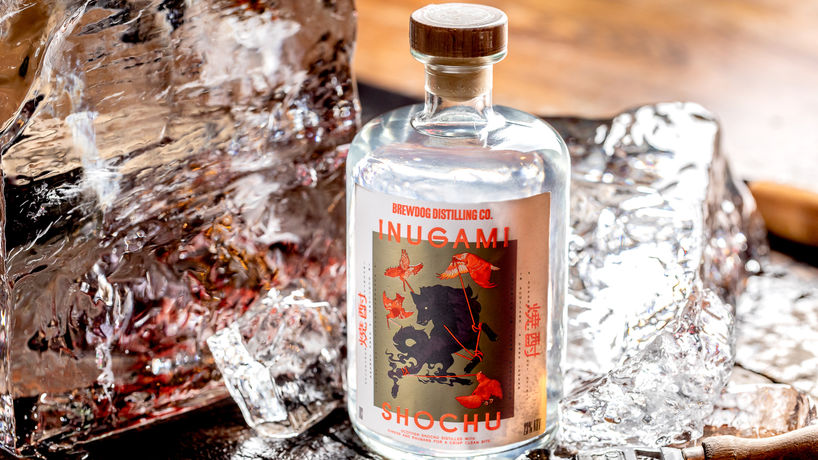 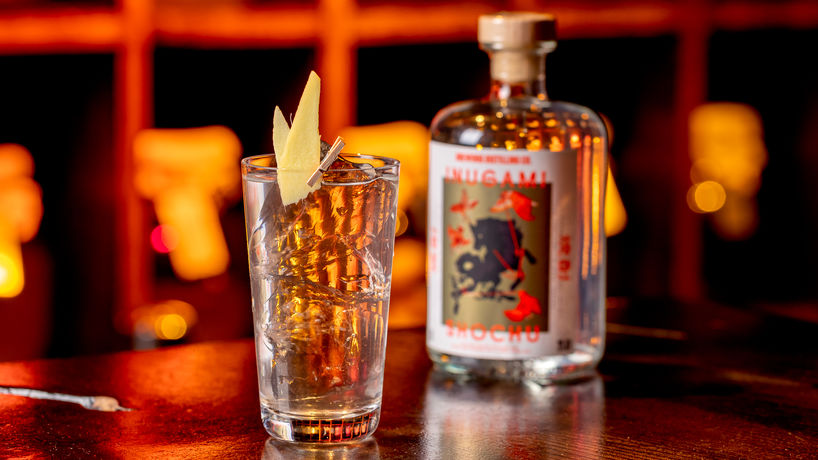 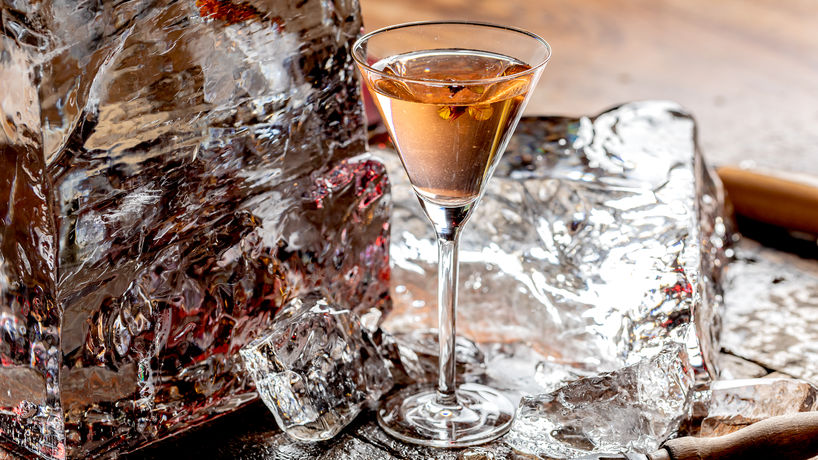 Scotland – Brewdog has launched a Japanese-style spirit as a playful form of revenge against Asian distillers.

Realising that many of these distillers make their own version of Scotland’s national drink, Brewdog has created an Inugami Shochu, which is served in a highball glass with ice and four parts sparkling water. A 23% abv spirit drink, it’s also flavoured with galangal root, ginger and Scottish rhubarb.

Brewdog said: ‘Inugami Shochu is crafted with the sweet spirit of revenge, a next-level drink that’s best served like they do in the Izakaya bars in Japan: in a highball with sparkling water, loaded with ice. Named after the wild dog spirits found in Japanese folklore, Inugami are known for their wrath and powers of possession. Wild Scottish birds are found on the bottle keeping the wild dog in check.’

While the spirits market is largely traditional, new flavour profiles are increasingly emerging to disrupt the industry. For more, read our Terroir Spirits microtrend.

CleanPod’s rechargeable sanitiser for disinfecting on the go 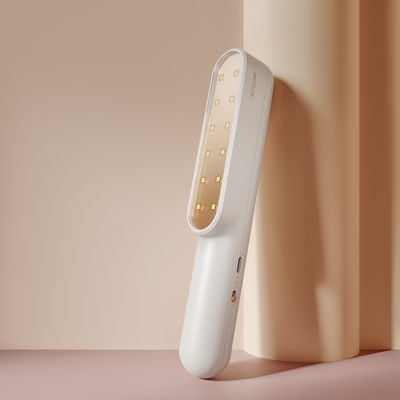 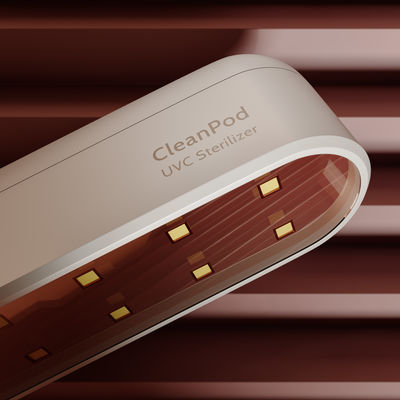 Canada – Travel and lifestyle brand Monos has launched CleanPod, a hand-held sanitising device for disinfecting on the go.

The rechargeable device is chemical-free and uses ultraviolet UVC light to disinfect surfaces and personal items. Activated by a single button, the device emits light from specialised LEDs, leading to effective sanitisation.

Unlike many sanitation products, CleanPod’s rechargeable functionality makes it a more sustainable and longer-lasting solution. Victor Tam, co-founder of Monos, says: ‘We feel so passionately about the CleanPod because it is a product that offers a sustainable, long-term way to stay safe and sanitise, but also because we’re able to give back to our community during this time when travel is uncertain.’

Like many brands, Monos has altered its offering to better suit the current climate and changing needs of consumers. For more, explore our post-Covid-19 travel opinion piece.

UK – Boots has launched an initiative to aid domestic abuse victims at its UK pharmacies.

The retailer has set up a number of safe spaces in stores for people to retreat to during the Covid-19 lockdown. Making use of Boots’ existing consultation rooms, the initiative encourages vulnerable individuals to get in touch with specialist domestic abuse services for support and advice.

Launched in line with charity Hestia’s UK SAYS NO MORE campaign, the scheme was created as a direct response to the UK lockdown. Lyndsey Dearlove, head of UK SAYS NO MORE at Hestia, said: ‘We recognise that key workers in pharmacies hold a unique position within the community as a single point of contact for victims. By creating this safe space in Boots pharmacies, we hope many will be able to safely access support while following government guidelines.’

As we explore in our Moonlighting Movements trend in Experience 2020, consumers are seeking civic action from brands and appreciating positive uses of unused retail space amid Covid-19. 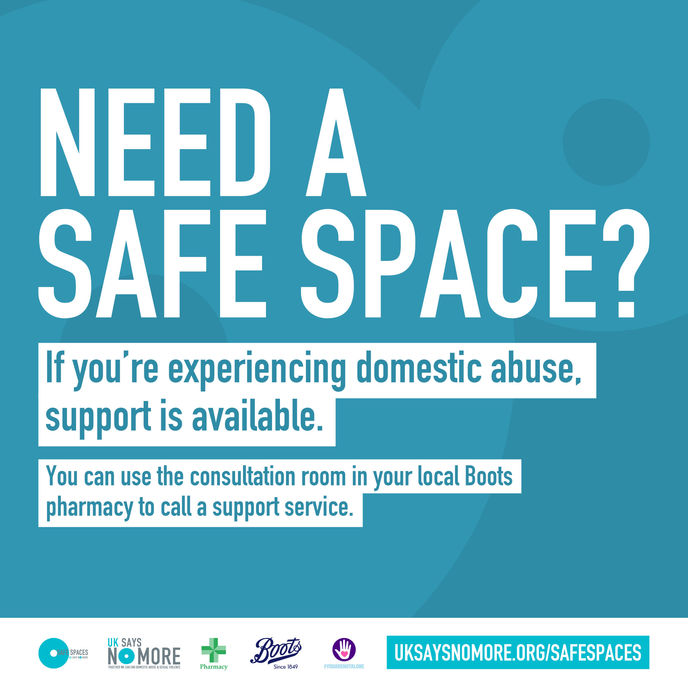 Stat: Casual runners have stepped up their activity during lockdown 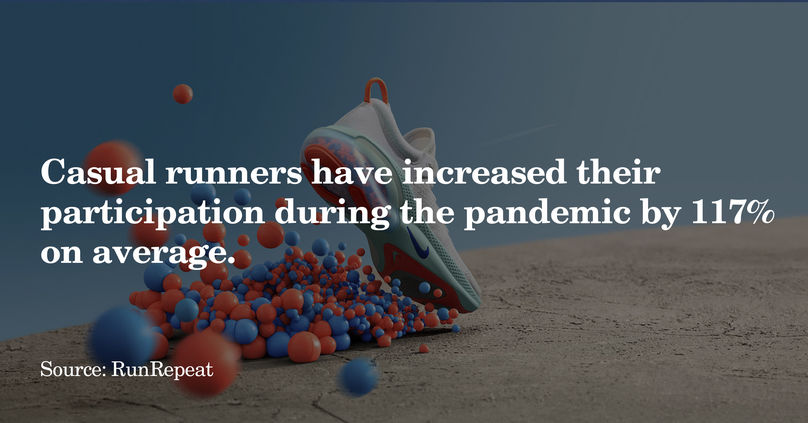 According to global research by RunRepeat, runners who usually only run once or twice a week have increased their participation during the Covid-19 epidemic by 117% on average.

Meanwhile, moderate runners who tended to run up to three times per week have increased their activity by 55% on average. Interestingly, avid runners – who previously ran more than four times per week – reduced their running activity by 9% during the Covid-19 crisis.

With many people taking up running and other forms of exercise as a way to boost their mental health during the pandemic, brands are stepping in and positioning running as a holistic wellbeing pursuit.

In Precision Running, we explore how brands can position running as a more mindful and accessible activity.