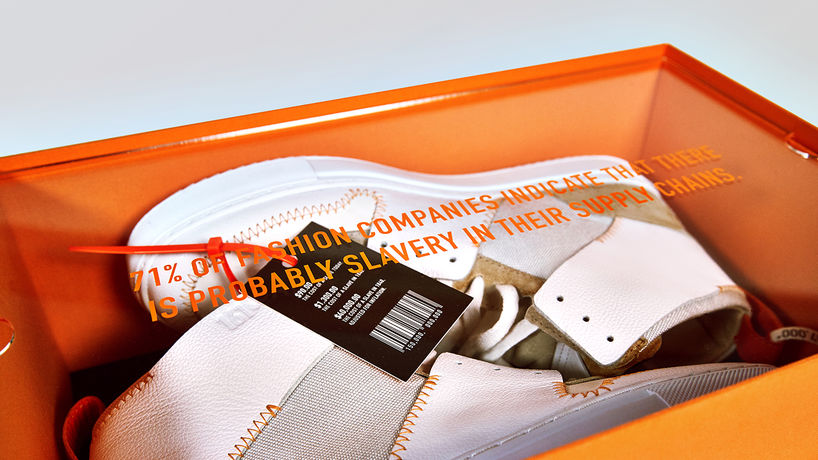 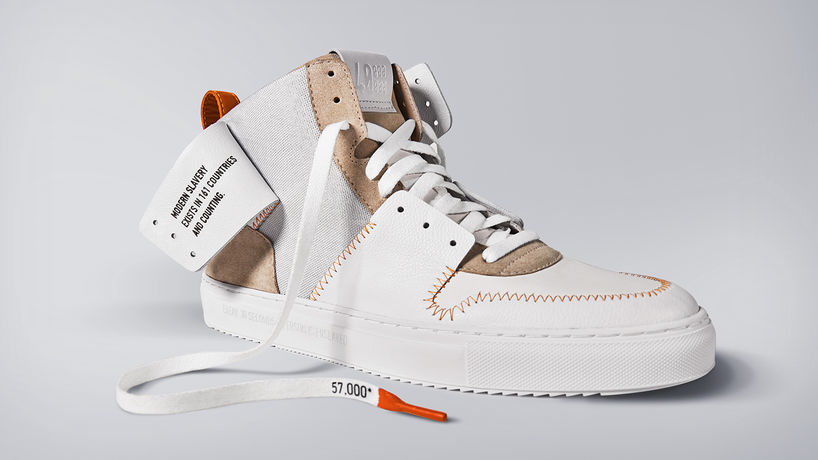 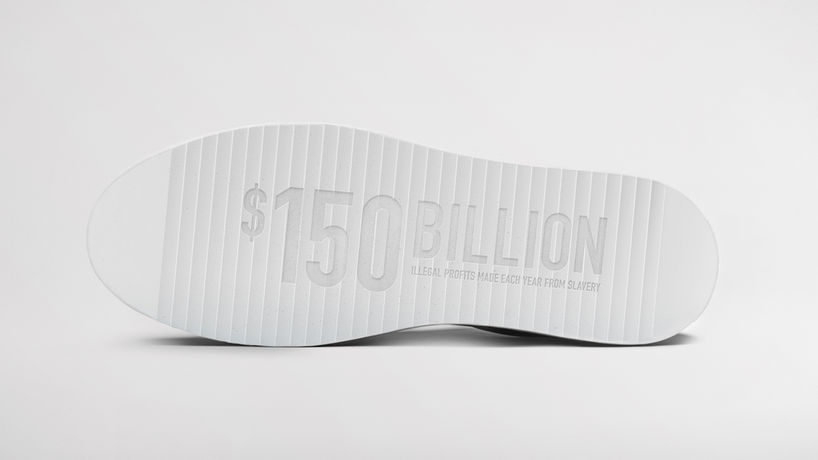 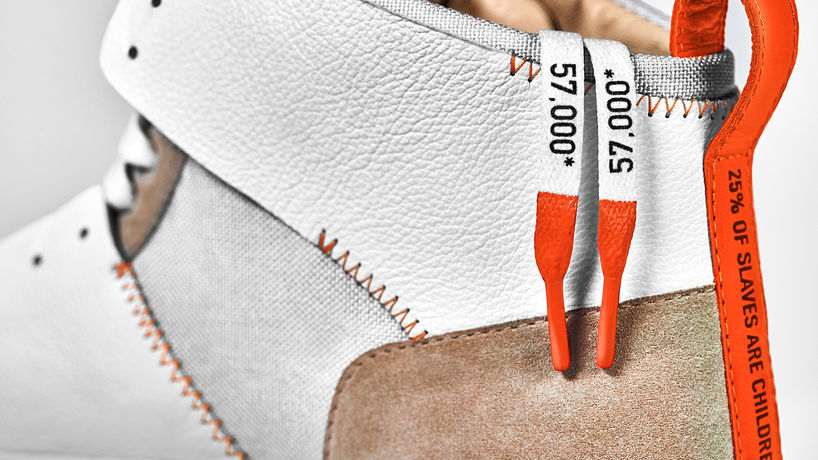 The intentions of the campaign came as a surprise to professional ‘unboxer’ Jacques, as he filmed himself opening a custom-made pair of trainers for the first time. At initial glance, the trainers by LA designer The Shoe Surgeon appear to reflect those of a traditional basketball sneaker. However, a closer look reveals facts about modern slavery – for example, 57,000 modern slaves are estimated to exist in the US today – printed, moulded and stitched into the shoes.

With streetwear sales fuelled by hype, new opportunities are emerging for companies wishing to capitalise on consumers’ thirst for new goods. In this case, Thomson Reuters Foundation has used unboxing as an educational tool to reach new audiences and build awareness of important social issues. For more on how fashion brands are playing an active role in promoting change, read our Fashion Futures report. 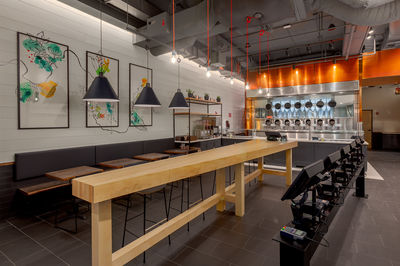 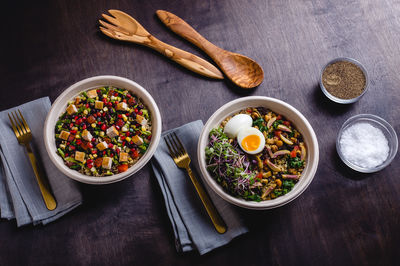 Boston – A group of graduate engineers from MIT have opened the first fast-food restaurant that uses robotics to autonomously prepare meals.

Spyce restaurant features a robotic kitchen that cooks nutritious meals to order within three minutes. Once customers have placed their order via a tablet, an electric ‘runner’ collects the appropriate ingredients and delivers them to a robotic wok. This device rotates on a continuous cycle to ensure that hot dishes are safely cooked and ready to serve.

The restaurant offers a variety of one-pot meals including rice bowls and curries, and individually-prepared salads and pasta dishes. Each is priced at £5.60 ($7.50, €6.40), in bid to combat the high price tags often placed on quality, fast food.

Discover how robots are transforming the hospitality sector, from airports to hotels, in our dedicated listicle.

By cutting out the middleman, consumers will be able to access power producers directly and purchase energy using a simple token currency. The company currently offers two coins: GPX, which is used to buy and sell energy, and GET, which allows customers to manage the energy after purchase. The initiative is expected to save the average consumer around 20-60% on their electricity bills, while making it simpler for them to sell on their excess energy.

Emphasising the fact that most utility and power companies are either a direct or quasi-monopoly that leave customers with little supplier choice, Green Power Exchange founder Christian Wentze says: ‘We want to change that and save consumers money while improving the environment. Solar and wind power is cheap, so we want people to use more of it.’

Globally, the energy landscape is rapidly changing, and Green Power Exchange are pushing to be at the forefront with a development that aims to simplify clean energy deployment. 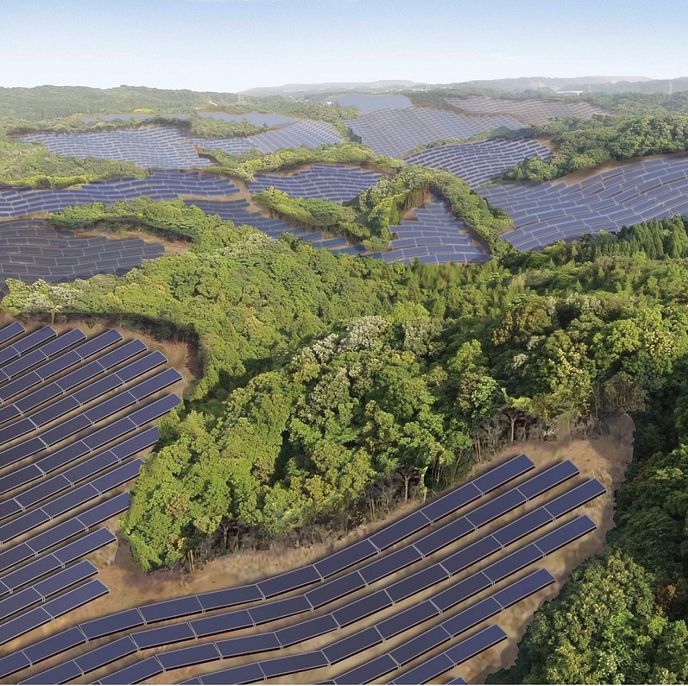 The Vegetable Name Change for Delhaize, by TBWA, Belgium

Belgium – In a bid to encourage children to eat healthier foods, supermarket chain Delhaize has asked youngsters to rename popular fruit and vegetables by drawing on their imaginations.

The project, known as The Vegetable Name Change, aims to eliminate the battle parents face when trying to introduce fruit and vegetables into their children’s diets. Delhaize worked with a group of children to conjure up a series of new names, based on the appearance of fresh produce. Carrots became ‘orange rockets’, cucumbers were renamed ‘troll bats’, and oyster mushrooms transformed into ‘gnome trumpets’. The names were later activated in-store, featuring on labels, packaging and store receipts.

Following the launch, Delhaize reports that sales of fruit and vegetables increased by 151%. The campaign also received positive feedback from parents, children and nutritionists, with the store planning to permanently implement the name change.

For more on how younger eating habits are evolving, read our market here.

The report by Boston Consulting Group examines Russian consumers and their new economic reality, following the 2014 to 2016 financial crisis. After this downturn, Russia is now showing signs of stability, as consumers begin to spend more, albeit cautiously.

According to the report, Russian consumers have become more rational about purchases and are preferring to spend on ‘good and services that matter most to their quality of life’. With this restraint front of mind, the survey also highlights that 46% of consumers said ‘I am happy because I can buy new things’, a viewpoint that once stood at 60%, prior to the financial crisis in 2013.

With consumers becoming value conscious, they’re rejecting larger brands that fail to reflect their values or lifestyles, something that Russia’s youth are reflecting through their more localised attitudes to community, fashion and club culture.

Traditionally, fruit and vegetables have been cultivated for hardiness, but a number of innovators are choosing to grow them from a different starting point: flavour.

Traditionally, seed producers select for yield, shelf life and uniformity rather than taste. It is an approach that has come to dominate our food system, according to author Mark Schatzker, whose book The Dorito Effect documents this focus on efficiency at the expense of flavour, and therefore nutrition.

But chef Dan Barber wants to the change this approach with his new seed company Row 7, co-founded with Michael Mazourek, a plant scientist at Cornell University, and seed producer Matthew Goldfarb. Barber and his team focus on cultivating varieties from a flavour-first perspective. Its 898 Butternut Squash is smaller and sweeter than traditional squash, while its Badger Flame Beet is a milder beetroot that doesn’t have the typical earthiness that many find off-putting.

In New York, a hydroponic farm is also taking a flavour-forward approach to growing, focusing on harvesting rare herbs and spices for its clientele of chefs and fine dining restaurants. Farm.One grows a wide variety of herbs and micro-greens, with many of them tailored to meet chefs’ requests for a certain flavour or texture. 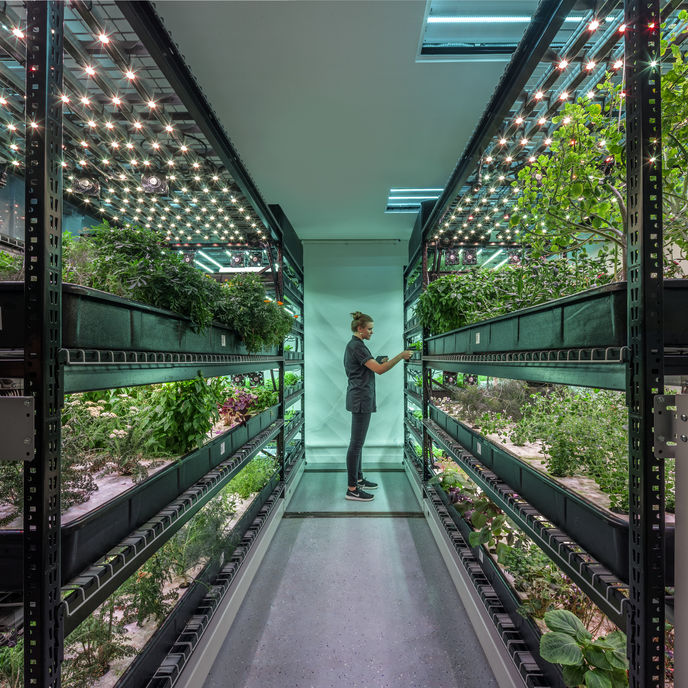