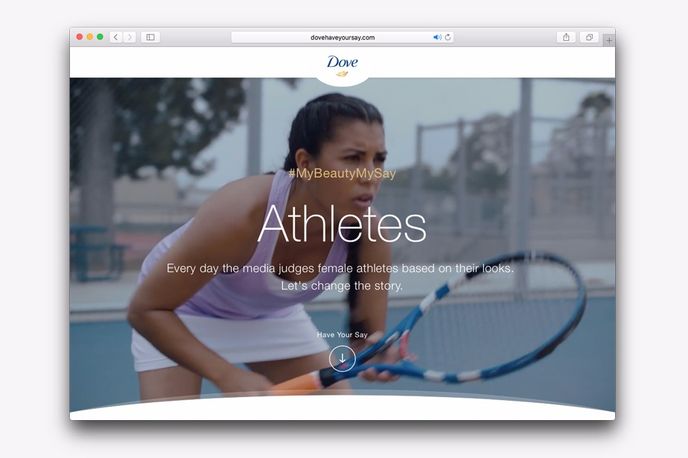 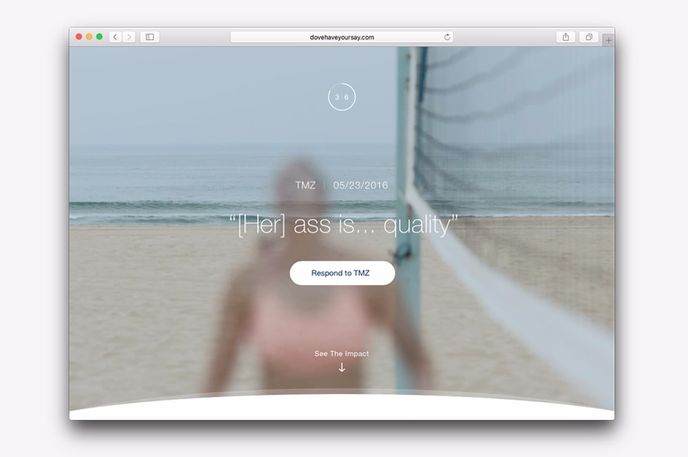 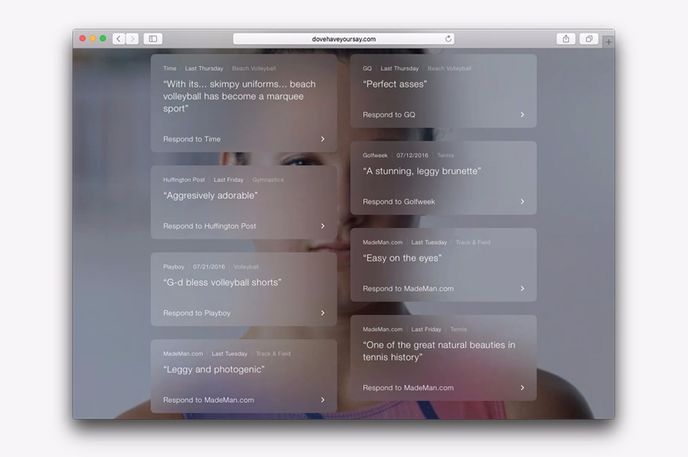 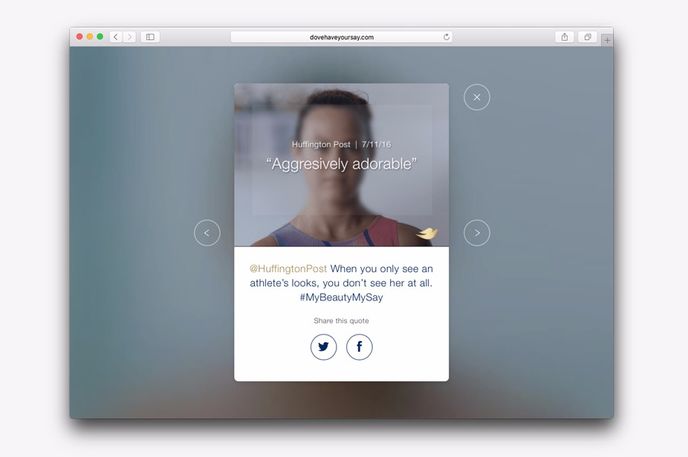 UK – Dove has launched a platform that enables people to respond to sexist comments about female athletes.

According to the website, the public has been exposed to 99.1m media comments about female athletes that focus on their looks over their achievements.

The campaign, which is accompanied by the hashtag #mybeautymysay, highlights examples that, when read in this new context, are exposed for their offensive character, such as ‘pint-size athlete reaches new height’ from The New York Times, ‘whatever they’re paying her is probably worth it, she looked stunning in the all-white outfit’ from the Montreal Gazette, ‘her ass is… quality’ from TMZ, and ‘leggy and photogenic’ from MadeMan.com.

The website enables viewers to feedback to the publications with the line: ‘The media judges every aspect of a female athlete’s appearance. Let them know that’s not okay.’

Dove’s push against misogyny in the media chimes with our Backland Brands macrotrend, which examines how companies are challenging expectations and please-all policies. This latest piece of Brandstanding presents a new direction for the brand, away from its Real Beauty campaign, which is increasingly perceived as stale and inauthentic. 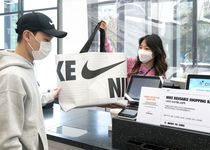 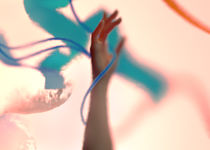