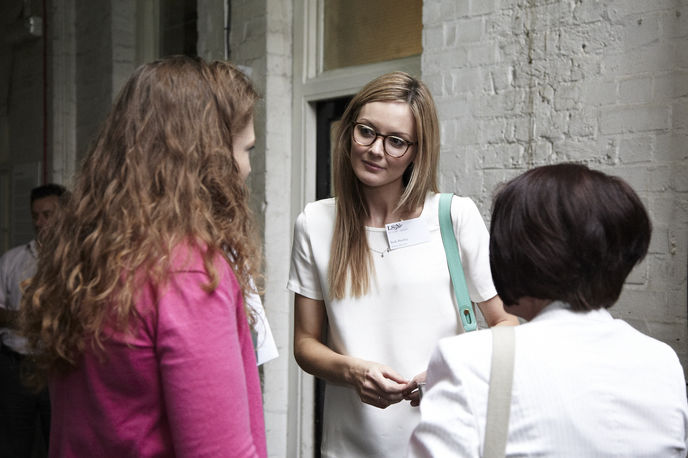 London – What is the experience of men in the age of women? This was the starting point for a controversial night of discussion at LS:N Global’s latest Network Evening last night.

In the run-up to our Autumn/Winter 2013 Trend Briefing XX v XY speakers and guests explored the 21st-century experience of being a man.

Dr Anne Moir, neuropsychologist and author of Brainsex Matters, told the audience that just as each of us has a gender, so does our brain, and our brain sex does not have to correspond with our body sex. A man may have a female brain and vice versa. ‘Biology isn’t destiny’, said Dr Moir. ‘We can rewire our brains to think more in one way or the other.’

Beth Bentley, director of digital strategy and innovation at advertising agency Wieden + Kennedy, spoke about the Millennial man who is not defined by traditional masculine norms. He is one of the first generation of men to be brought up by a plate-spinning mother so he is a plate-spinner as well – he works, he is a parent, he is digitally immersed and was raised to see women as his equals. With a less rigid structure of masculinity, brands that want to be successful when speaking to these men need to be authentic. ‘Brands that engage young Millennial men don’t impose traditional stereotypes,’ she said.

‘Most of my clients are gearing themselves up to get fit and function rather than look like a fitness model in a magazine,’ said Darren Barber, founder of Barber’s Gym in Hackney. Barber spoke about the new approach to physicality at his stripped-down gym, where monkey bars and boxing bags are the most high-tech equipment you will see.

Creators of adult magazine TALC, Ed Vince, Max Reyner and Fauzia Musa, spoke about their new publication. Focusing on visual culture including but not limited to the naked female form, TALC is reminiscent of 1970s magazine Playboy, which was provocative both for its nudity and its sharp editorials. ‘TALC is a celebration of what can be good,’ said Vince. ‘It’s a basic human need that we are attracted to each other.’

LS:N Global editor Lucie Greene spoke about the emerging trends for the new man. With shackles of traditional masculinity broken, men have the freedom to decide what kind of man they want to be. ‘Men are starting to see that it’s a relief not to be a breadwinner and are redefining themselves as new roles emerge,’ said Greene.

It was a thought-provoking night. If you want to find out more about the changing roles of men and women, book a place at our forthcoming Autumn/Winter 2013 Trend Briefing XX v XY and see what’s in store on our microsite.