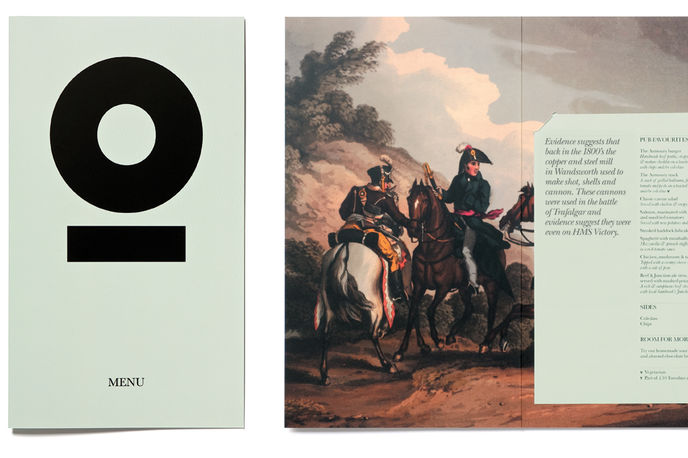 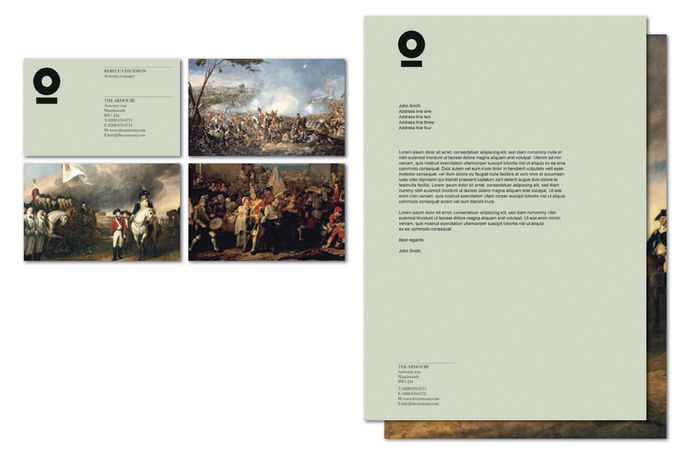 On target: Rebranding gives pub a shot in the arm

London – A pub in the Wandsworth area of southwest London stands out visually from the competition following a contemporary rebranding that is firmly rooted in local history.

The Armoury pub turned to design agency Purpose when the new management wanted to convey a fresh approach. After discovering that the local mill made shot, shells and cannons for the Battle of Trafalgar, the agency incorporated paintings from the early 19th century across visual cues for the pub, including menus, stationery and signage.

The rebranding also includes a loyalty card that rewards patrons with a free pint of cask ale for every nine pints purchased – not unusual for a café, but a nice and unexpected touch for a pub. Tying in again with the cannonball motif, each purchase is represented by a hole punched through a small target graphic.

Towns are also turning to creative agencies for rebranding, as we noted in a previous Seed.