Alter Ego by Fox, US

US – Hinting at a phygital future for reality tv, Alter Ego is a talent show that allows contestants to perform as avatars. Using motion capture technology, human singers on the Fox show are encouraged to create their dream avatars to perform in front of a panel of judges – including singers will.i.am and Grimes.

By embedding technology in the reality tv process, the talent show allows contestants to programme their reality and present themselves as an idealised digital persona. ‘Alter Ego merges talent and technology to revolutionise the singing competition show in only a way Fox can do,’ says Rob Wade, president of Fox’s alternative entertainment department.

Imagining how the reality show format can be modernised for a future of virtual identities, Alter Ego shows how media companies can integrate technology into mainstream entertainment. Due to the broad range of audiences attracted to American reality programmes, the show is also likely to spark interest in avatar entertainment across the media industry. 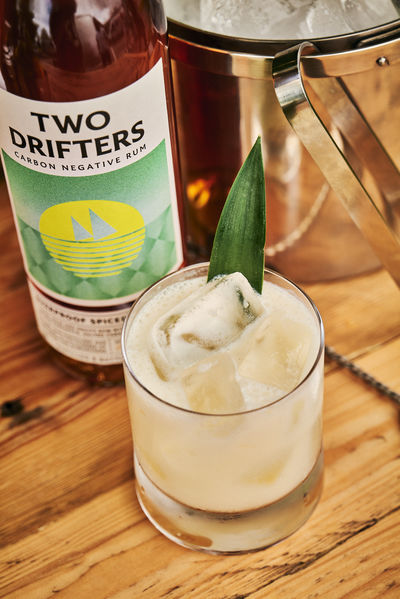 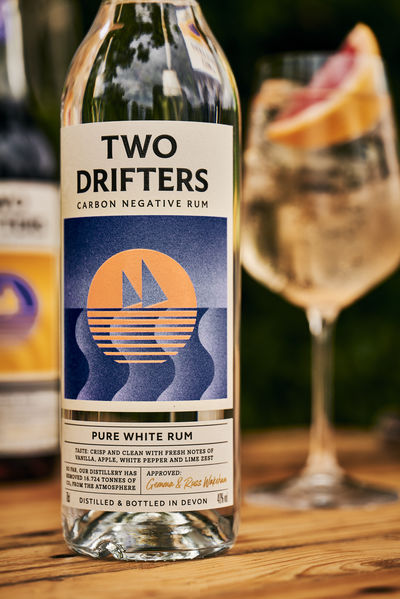 Devon, UK – The design studio has worked with Devon rum distillery Two Drifters to show how branding can communicate environmental criteria in the alcohol category. The redesign captures Two Drifters’ coastal identity while emphasising its role as 'the world's first carbon-negative distillery'. Each bottle is locally sourced, lighter than previous iterations, and features labels made from 95% fibre, 5% hemp and linen laced with a plant-based adhesive.

In addition, all bottles are imprinted with the amount of carbon removed from the atmosphere since the distillery’s launch in 2019. This stands at 16.72 tonnes, with the figure being updated in each print run. According to Mark Paton of Here Design: ‘We echoed Two Drifters’ sustainable ethos in our production and aesthetic choices from start to finish, while championing local British suppliers and makers for a design that encapsulated the distillery’s proud Devon heritage.’

With decarbonised diets on the rise, more sustainable brands like Two Drifters will require approaches to branding and packaging that focus on their environmental efforts and communicate their impact on the planet using design.

In future, brands may be required to take such measures as displaying carbon footprints on packaging. Preempt this shift by redesigning your packaging and product branding to communicate your sustainability criteria

Together, the companies carried out a series of sleep trials – finding that study participants reported improved sleep quality when exposed to the fragrance 20 seconds before going to bed. By also donating money from its sales to aid the Singapore Association for Mental Health, the brand recognises the importance of sleep in bolstering people’s sense of wellbeing. The non-invasive approach of using fragrance also makes it more accessible and appealing than alternative sleep enhancers.

With emphasis placed on mental health, the innovation points towards the ever-expanding role of personal wellness in the region, which we have been tracking since 2018 in our Singapore Wellness Market. 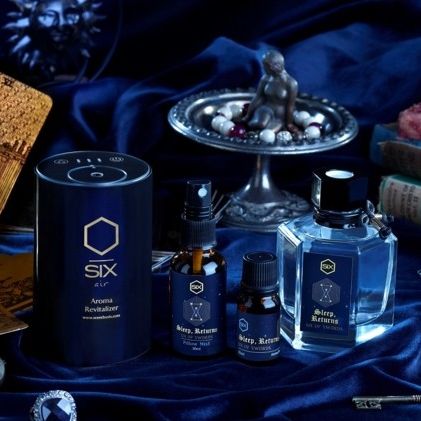 When creating products centred around health concerns like sleep, be sure to back up claims with reliable data. Take inspiration from Scent by SIX and position health-enhancing formulas in a non-medical and accessible way 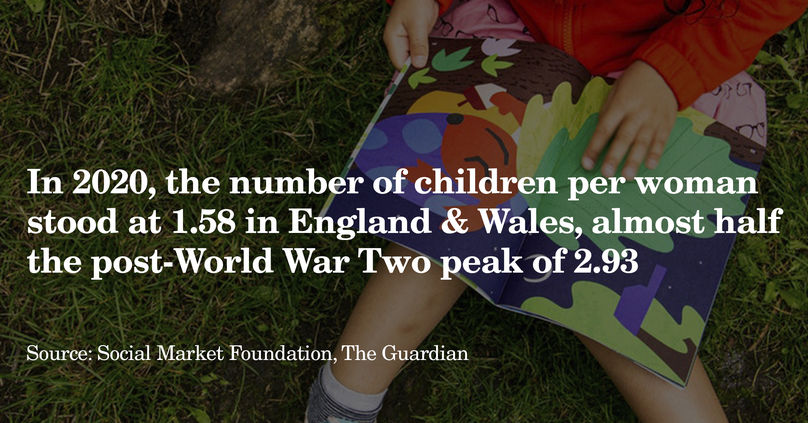 The Squirrels programme by Scouts, designed by Supple Studio

Britain is facing falling fertility rates at a level that could lead to long-term economic stagnation. According to a report by the Social Market Foundation, in 2020, the number of children per woman averaged 1.58 – a figure well below the 2.1 replacement level needed to keep the population rate stable.

According to the report, one helpful measure could be improved childcare provision from the government. The suggestion comes in response to the discovery that typical British working parents spend 22% of their income on full-time childcare, more than double the average for western economies.

The research also notes that a quarter of Britons will be over 65 by 2050, up from a fifth today. ‘This combination of a lower share of the population in work and a higher share in need of economic support clearly has a negative effect on the productive capacity of the economy,’ reads the report.

In our recent interview with strategist Parag Khanna, we examine the impact of falling fertility rates on the future of global youth migration.

A larger percentage of older citizens will require new workforce models and a shift in economic structures. Already, brands and businesses should engage with people over 65, ensuring opportunities for learning and upskilling