Netflix is a Joke by Netflix, US

US – Netflix has revealed the meaning behind a series of billboards in New York and Los Angeles bearing the phrase ‘Netflix is a joke’ in a 60-second spot aired during the Primetime Emmy Awards.

The billboard campaign was part of the streaming service’s wider campaign to promote its stand-up comedy offering. In the ad, comics including Ellen DeGeneres, Chris Rock and Jerry Seinfeld are overlaid onto scenes from a selection of shows from Netflix’s Original Series section.

Rock incites a riot in a scene from comedy series Orange is the New Black, while DeGeneres invades scenes from The Crown. In line with our Anti-authenticity Marketing macrotrend, Netflix is taking a self-referential approach to engage consumers. 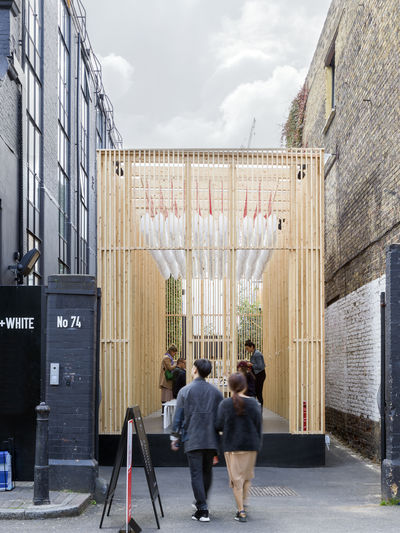 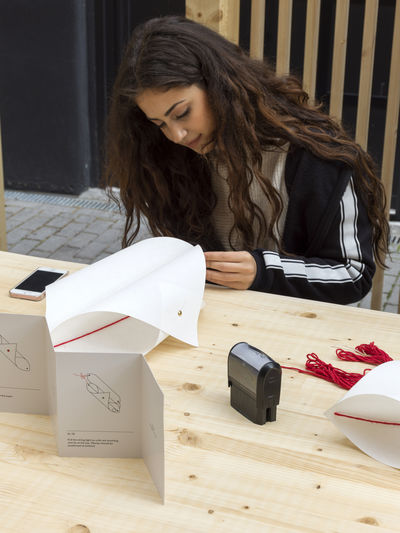 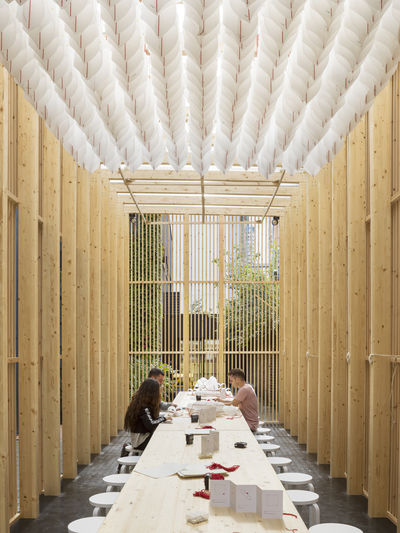 London – Universal Design Studio has created a public pavilion in collaboration with London-based co-working company The Office Group (TOG) for London Design Festival. The installation, On Repeat, was designed to capture focus and attention achieved by the repetition of manual tasks that allow the mind to wander and creative thinking to flourish.

A programme of free events and workshops that explore the power of frequency and repetition gives visitors the opportunity to temporarily forget about everyday working life and achieve a free-flowing mindset. The programme ranges from manual tasks such as sushi-making or wood-cutting to talks that investigate the impact of repetition on our brains, bodies and lives. ‘We wanted to design an environment that requires human engagement to be fully built – and to fulfil its purpose – but also that physically represents the idea being explored, in this case, repetition,’ explains Hannah Carter-Owers, director of Universal Design Studio.

For more on how designers are trying to recapture consumers’ attention, read our Work Zones microtrend.

In development for a number of years, the model working in Pasadena is the start-up’s first fully operational prototype.

The machine – a robotic arm with a spatula attachment – can flip burgers twice as fast as a human worker and is powered by deep machine learning, enabling it to learn from its co-workers, and from its own mistakes. A human assistant is still needed to chop vegetables and assemble the burger’s other ingredients, but Flippy could theoretically learn these skills in the future, according to Miso Robotics CEO David Zito.

In a Dislocated World, robotic systems such as Flippy and Sewbot will increasingly replace low-skilled workers. 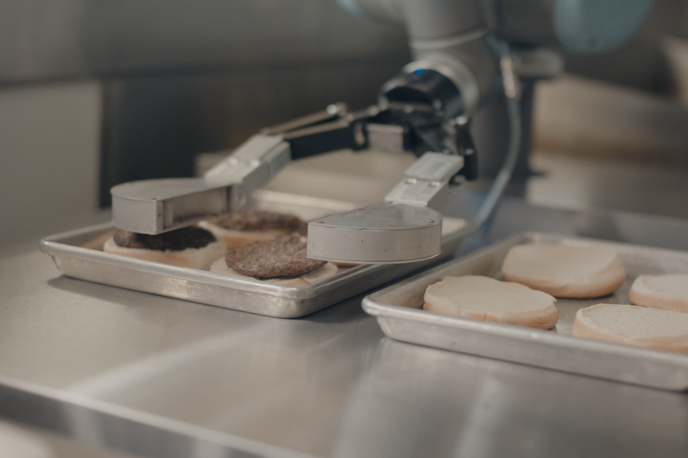 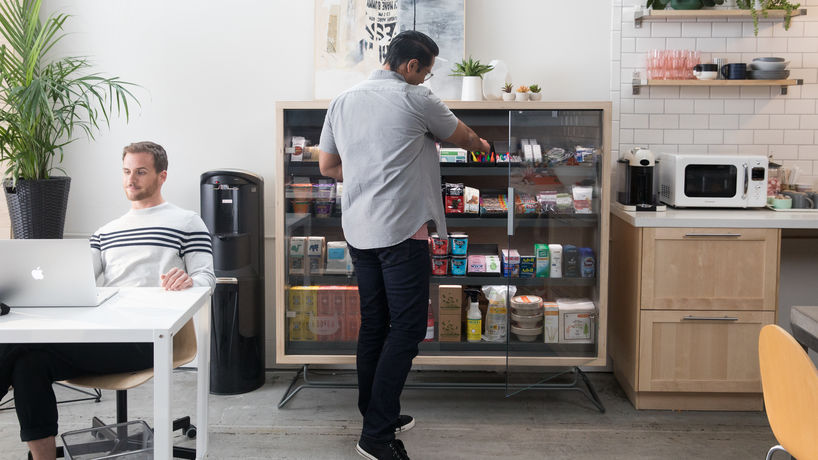 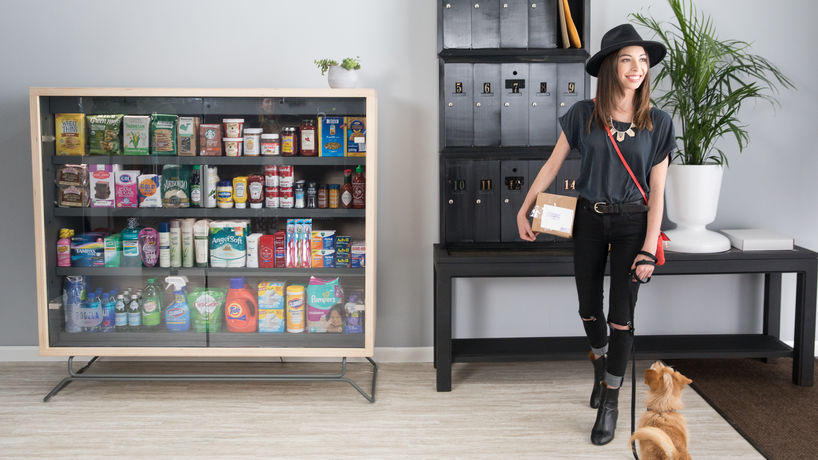 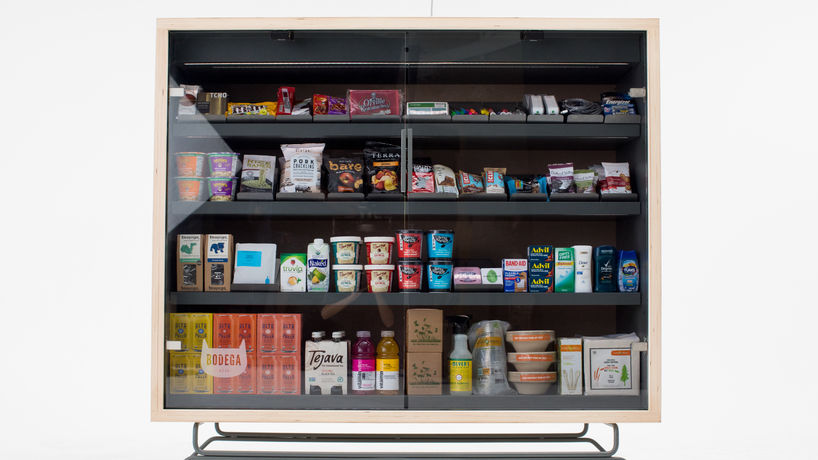 US – Former Google employees Paul McDonald and Ashwath Rajan are tapping into Automated Commerce in a bid to revolutionise the fast-moving consumer goods (FMCG) market. The duo’s Bodega smart box is stocked with a variety of everyday essentials such as drinks, snacks and toiletries, and placed inside communal spaces such as gym foyers and apartment lobbies.

Customers use an app to open the Bodega, which also contains cameras that track which items are taken ito ensure the customer is charged accordingly. When an item is out of stock or running low, the Bodega sends a notification to the person in charge of the unit.

For more on how FMCG brands can capitalise on underused, potentially lucrative spaces, see our Opinion piece.

Scientists at Cornell University have manually categorised 23,000 posts from social media platform Weibo to create an emotion-classifying algorithm, which was then used to tag millions of posts according to their emotional content. This dataset was subsequently used as a resource to train chatbots to be emotionally engaging. See our macrotrend The E-motional Economy for more on how consumers increasingly expect technology to perceive and convey emotions.

Some 20 years since the principles of universal design were established to make environments such as shops unbiased, flexible and intuitive for all body types, ages and abilities, retail spaces still leave shoppers sidelined, says senior writer Kathryn Bishop.

Consumers in their 50s or older, armed with disposable income, spend £314bn ($417bn, €348bn) a year in the UK, equivalent to 43% of total household spend on consumption, according to a study by the International Longevity Centre (ILC-UK).

Identified as reaching Flat Age by The Future Laboratory, the over-50s are increasingly active, youthful in their mindsets and expect retail spaces to be aware of their abilities and preferences without patronising or – as is common – ignoring their existence entirely.

With the potential to increase annual spending in the UK by as much as £3.84bn ($5.1bn, €4.26bn) through age-inclusive retail, it is time for retail spaces to become age-agnostic, encouraging shoppers to hit the high street safe in the knowledge that they are catered for. 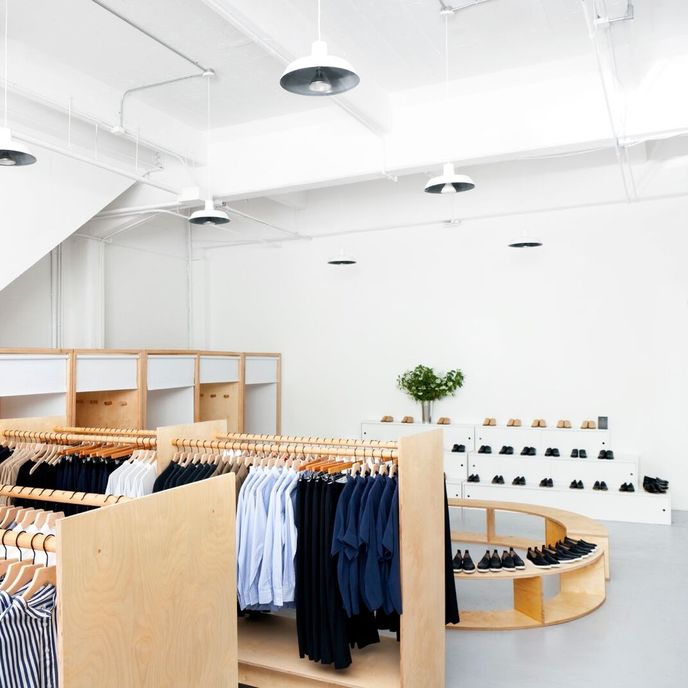