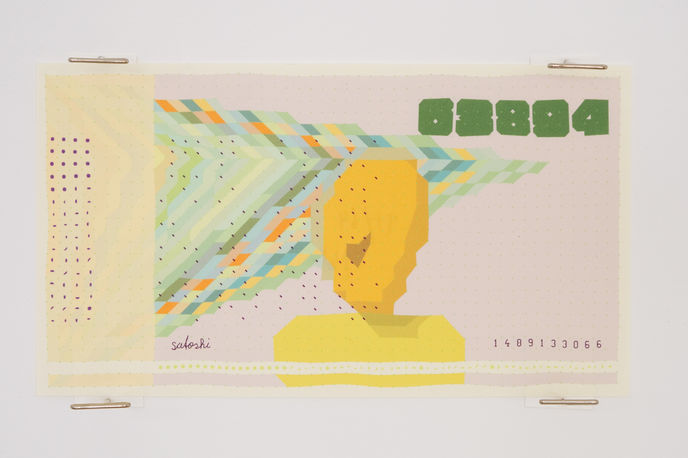 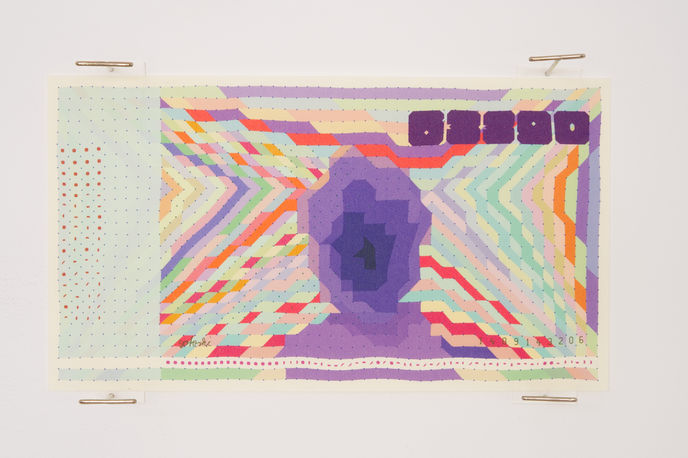 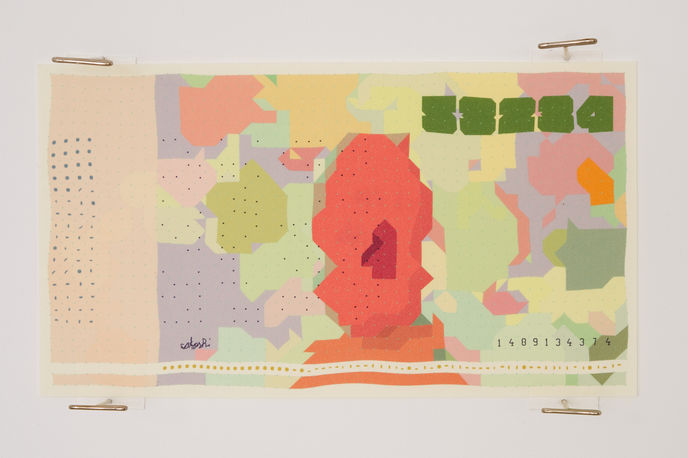 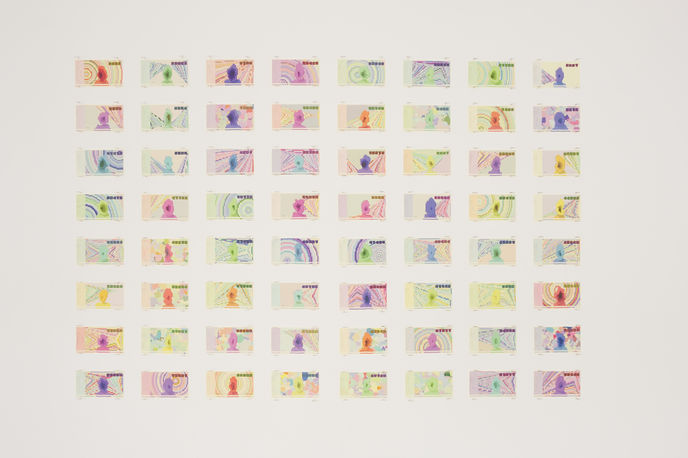 The collection of notes represents 64 individual blocks, running consecutively from block #456476 onwards. Resembling a conventional note, each of the Block Bills has been created with a number in the top right hand corner to signify the approximate number of transactions made within that block.

At the bottom of the bill a white rectangle contains a series of circular shapes to represent the blockchain hash, which functions like a signature to identify individual blocks. Both the pattern on the left, representing the previous bill’s hash, and an abstract figure repeated at the centre of each note illustrate the connectivity of the blockchain.

‘I mainly wanted to create an artwork that re-contextualises Bitcoin and blockchain in a visually and emotionally compelling way by putting it into the more familiar context of a banknote,’ Matthias Dörfelt tells LS:N Global.