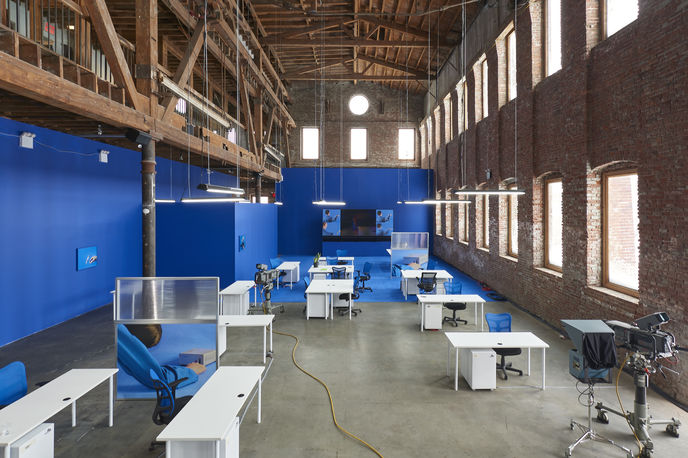 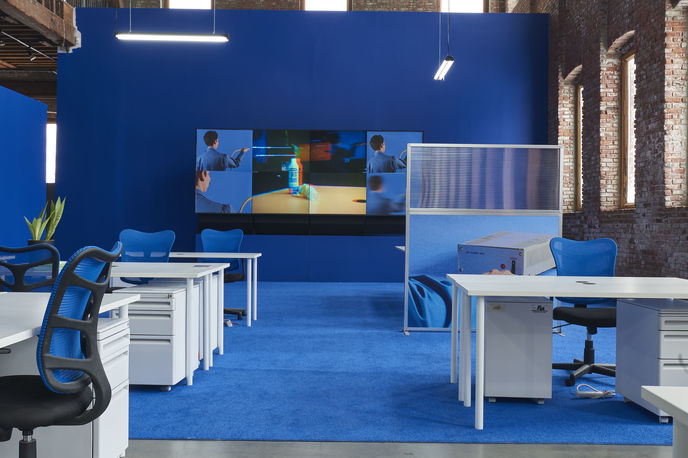 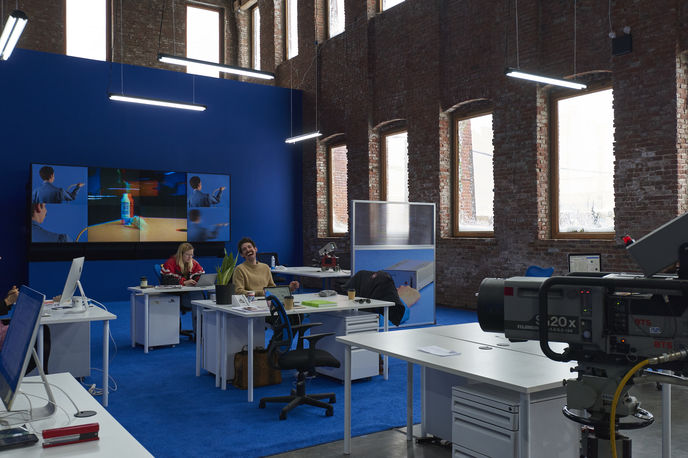 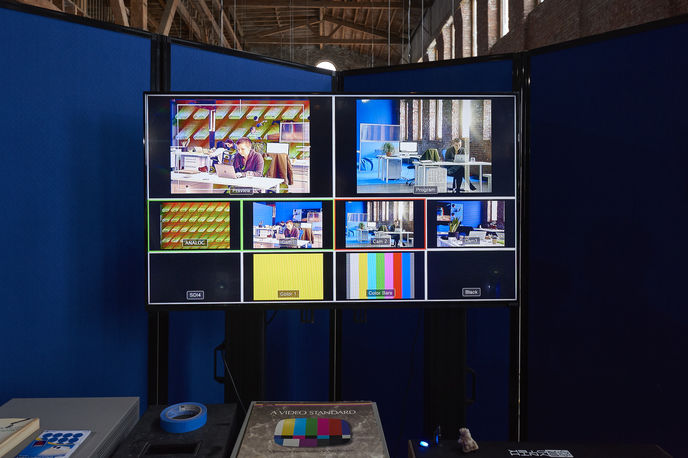 New York – ESP TV is broadcasting a surrealist social experiment based on the daily grind of office life.

For six weeks, creative researchers Pioneer Works’ Brooklyn office has been relocated to the building’s main exhibition space, where the average 9:00am–5:00pm working day has been turned into a performative televisual installation broadcast on the Manhattan Neighborhood Network. The series was created by ESP TV, a mobile television studio known for experimental broadcasting with underground artists.

The open-plan set, painted in a vivid chroma blue and featuring movable walls, is presented as the new workplace for the staff of Pioneer Works. As they go about their daily routines, the footage is mixed live on-site by directors Victoria Keddie and Scott Kiernan. In a far cry from the melodrama of reality tv, Work contains no dialogue and the office workers are as much in the limelight as on those behind the scenes creating the show.

The result is an absurd television show that verges on social experiment. To distance the show further from modern entertainment, the staff log on to an evolving algorithm at the start of each working day, which combines the cast’s names with production terms. The following nonsensical script of camera commands then informs the episode’s apparently random editing and subtitles.

‘It takes what you love from television, theatre and blooper reels, and it forces you to acknowledge what is real and what is synthetic,’ Keddie told Wallpaper*.

Rather than adhering to the scripted tropes or guilty pleasures of reality television, ESP TV and Pioneer Works are disrupting the industry by challenging what it means to entertain. Read our Futuretainment macrotrend for more on how brands are capturing audiences preoccupied in the digital world.

Youth : Society : Retail
Load More
You have 2 free News articles remaining. Sign up to LS:N Global to get unlimited access to all articles.
Discover Our Memberships Sign in