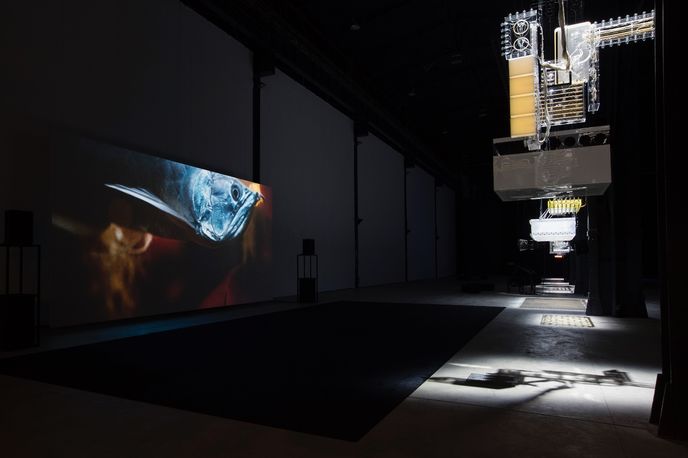 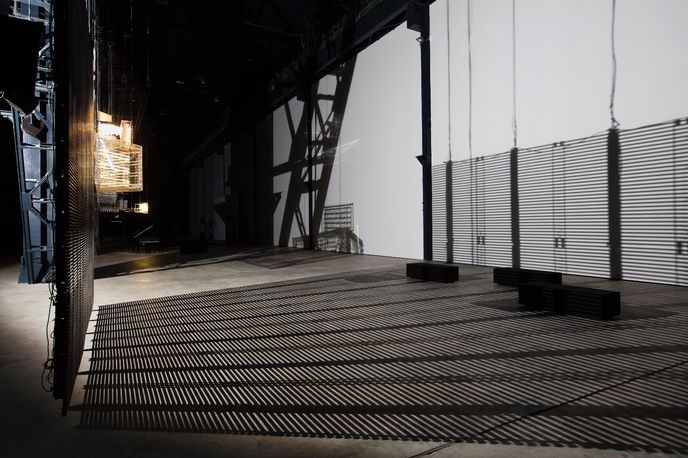 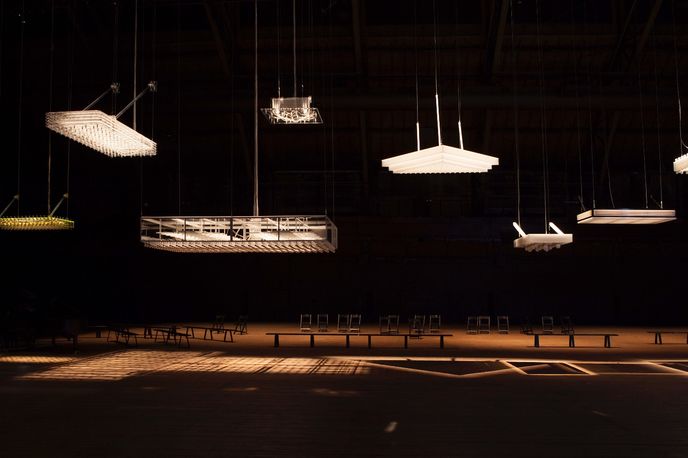 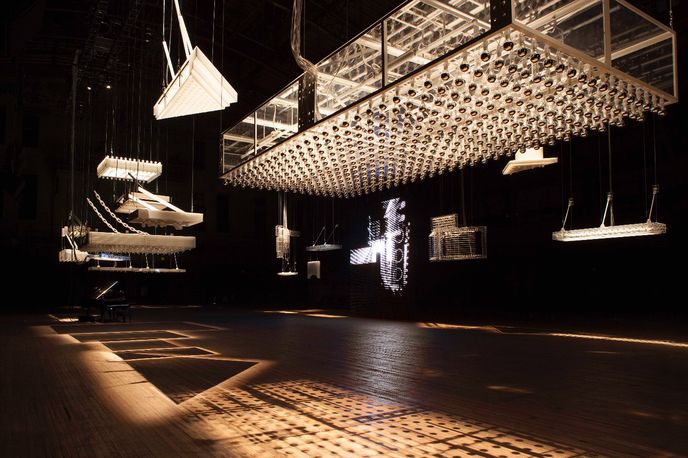 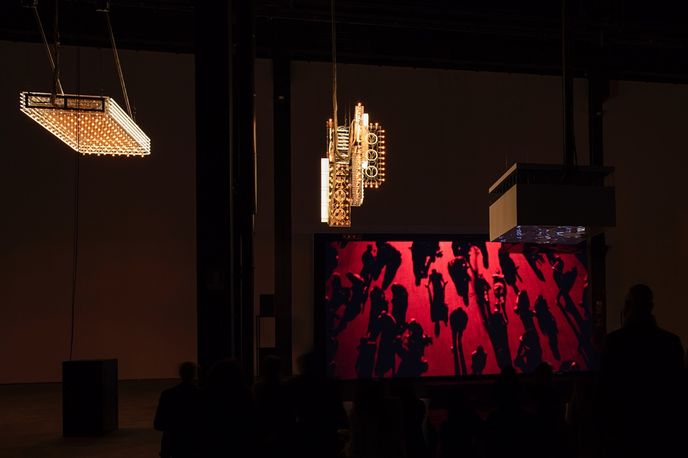 Characteristically playing with the format of the exhibition as his artistic medium, Parreno devised a sequence of lighting, film and soundscapes that immerse visitors in a series of events on entering the vast, dark industrial space of HangarBiccoa.

A moving spotlight that cloaks the walls, columns and ceiling of the space with silhouettes and shadows forms a central work entitled Another Day With Another Sun, created in collaboration with Kvadrat. The fluctuating projections fall on top of white textile panels, raw walls and industrial columns to form a phantasmagorical landscape for the viewer to walk through.

Other artworks presented in the space include installations reminiscent of the luminous signs from 1950s American cinema, juxtaposed with a huge digitalised projection of a Japanese manga character named Annlee, hinting at an interplay between reality and entertainment.

In the age of The Polarity Paradox consumers are increasingly looking for brands to provide powerful experiences that are visceral and memorable. Read more about Kvadrat’s previous art collaborations in our interview with Kvadrat vice-president of branding and communications Njusja de Gier during The Cloakroom installation at the V&A Museum during the London Design Festival 2015.

The H Dubai Hotel is welcoming the eclectic bar concept to its hospitality venue, with the aim of fusing...