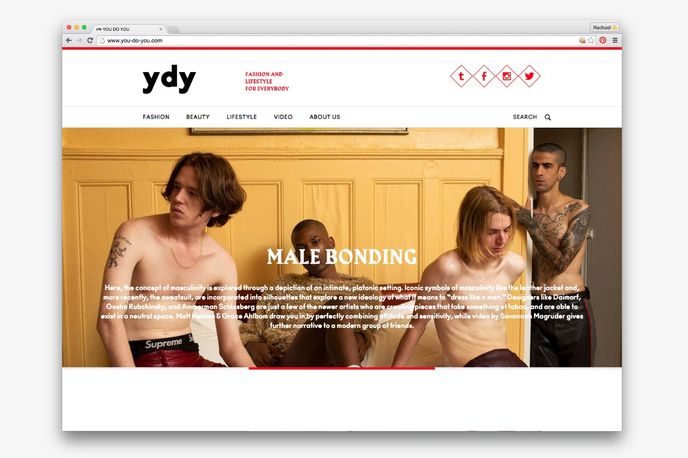 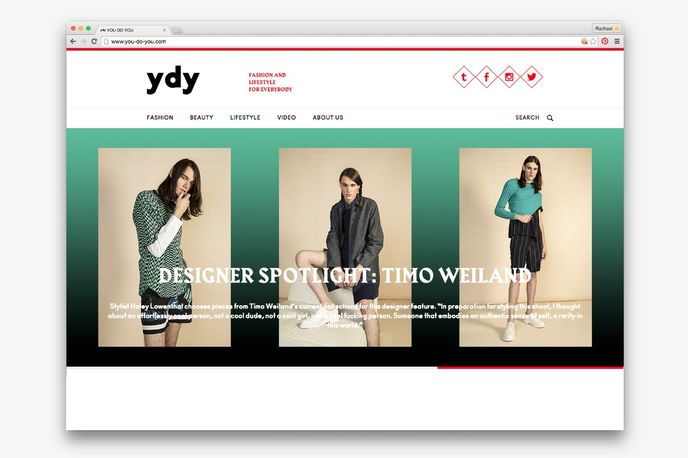 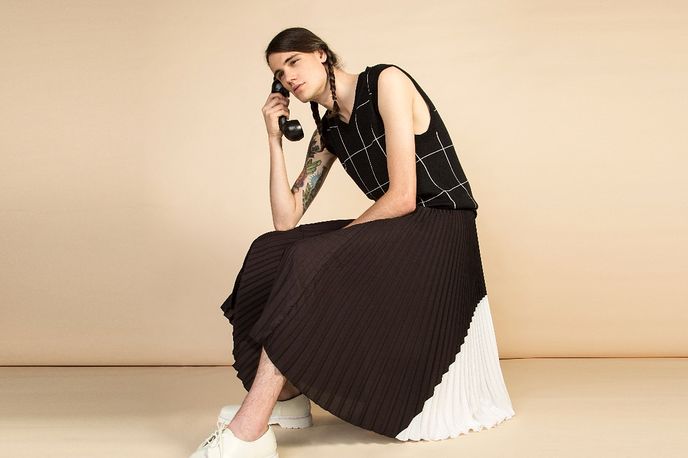 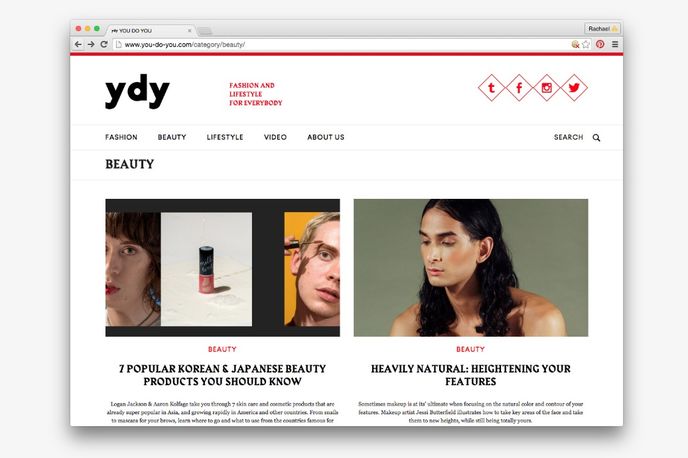 New York – You-Do-You is a new Agender fashion and lifestyle platform for designers and consumers.

You-Do-You is an online platform that presents a new genderless aesthetic and encapsulates a range of industries from fashion to beauty and haircare. The site employs androgynous models to promote products such as lip tints and facial exfoliators as non-gender-specific.

Centred around the idea of inclusion, emphasis is firmly on the individual. Interviews with names such as Finnish pop icon Janita and a weekly slot for ‘5 Questions With…’, in which a diverse range of New York personalities are asked the same five questions, make up a large part of the initial editorial offer.

You-Do-You is described on its website as an Agender platform as opposed to using terms such as gender-neutral. It styles itself as a space for everybody, rather than limiting its audience solely to people who identify outside of conventional gender constraints. Co-founder Logan Jackson tells i-D magazine: ‘We feel that it is important to be represented, and to know that you have a place, no matter how you look, dress or act.’

The Big Picture: Leading retailers such as Selfridges are embracing gender fluidity. Find out more in our latest macrotrend Neutral Culture, which explores how consumer identities are evolving.

Covid-19 : Coronavirus : Retail
Load More
You have 1 free News articles remaining. Sign up to one of our membership packages from just £100 a month.
View Subscription Offers Sign in