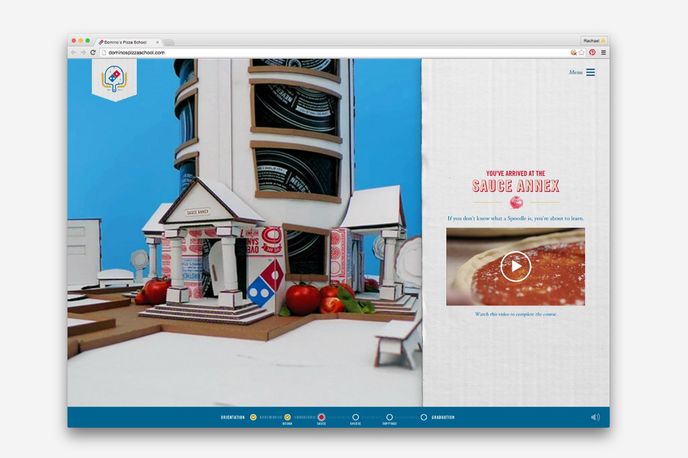 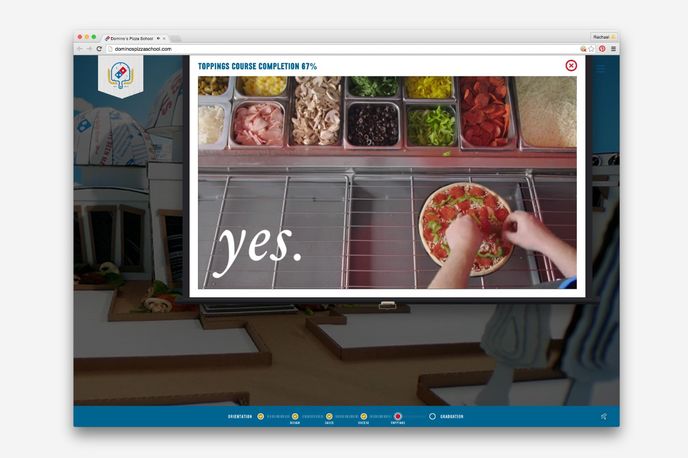 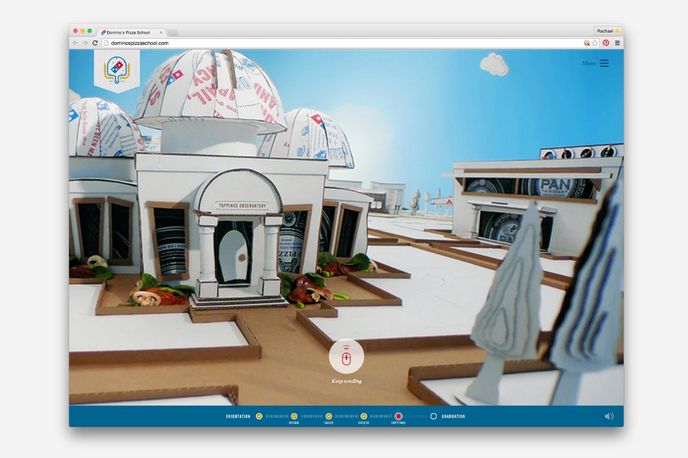 Advertising agency CP+B has created an online campus for budding pizza pupils to explore. The tour documents each step of the Domino’s process, from the Dough Centre to the Toppings Observatory and culminates in a graduation ceremony at the Onion Observatory.

The tongue-in-cheek campaign pokes fun at the more outré offerings of its rivals, such as Pizza Hut’s barbecue sauce and hot dog crust. In another bold move, a mobile Domino’s Pizza School van was set up outside a Pizza Hut branch.

‘There’s been a sort of arms race between food companies to add the most extreme and bizarre food items to the menu,’ Matt Talbot, vice-president and creative director of CP+B, tells LS:N Global. ‘Domino’s fell into this same trap in the past, but has since focused on the basics. With the Domino’s Pizza School, the company hopes to show its competitors the light as well.’

The Big Picture: While altruism is a brand trait to be admired, this is a clear case of Brandalism – a high-risk strategy that crashes or caricatures competitors’ campaigns and events, and wins fans for its sheer bravado.