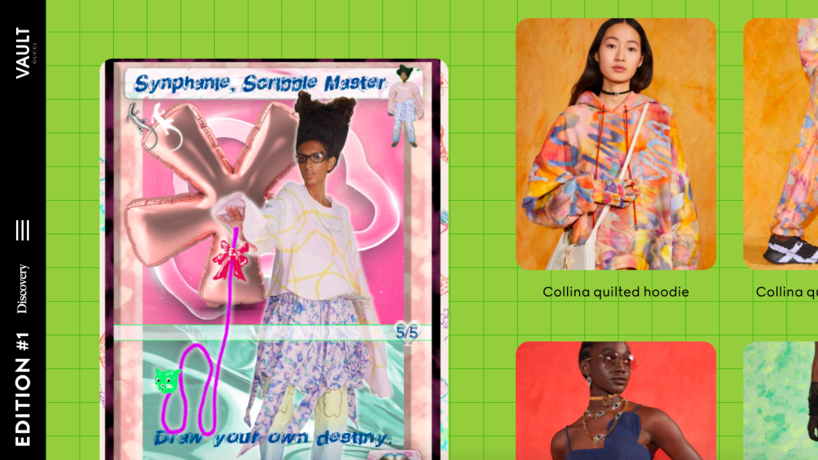 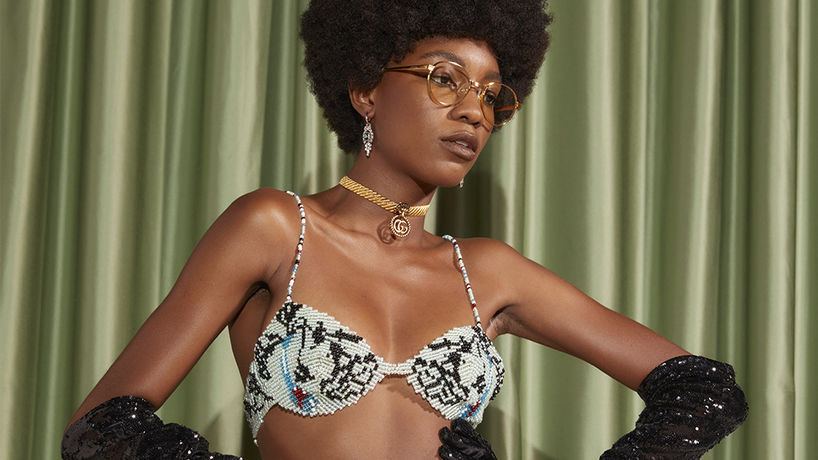 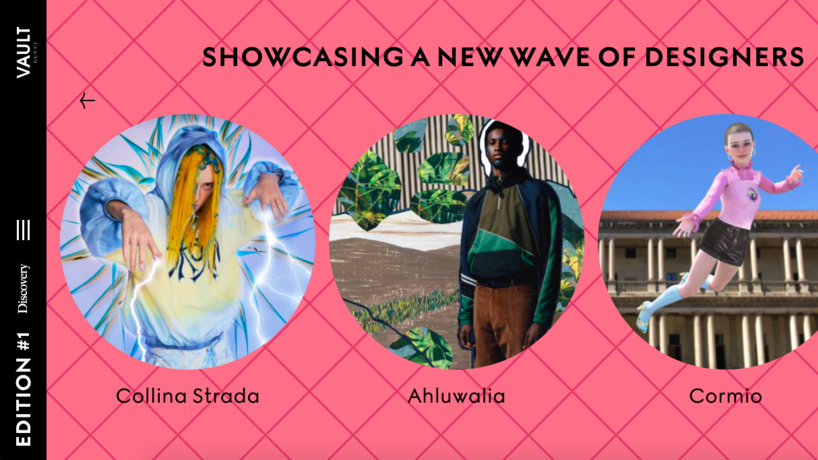 Global – Luxury label Gucci is diversifying its digital retail offering with experimental concept store Vault. Immersing audiences in the brand’s past, present and future guises, the site stocks vintage Gucci garments alongside pieces from emerging designers such as Collina Strada and Ahluwalia. Vault also prioritises a sense of discovery through playful editorial features such as ASMR videos and outfit style guides.

Here, the brand is redefining the luxury landscape by fusing its traditional identity with the fresh voices of up-and-coming names in the fashion sector. ‘[Vault is] a time machine, an archive, a library, a laboratory and a meeting place,’ explains a statement on its website. ‘It is in a state of continuous evolution, reflecting the creative director’s passion for experimentation, showcasing restored and customised archive pieces alongside the creations of emerging designers through a poetic and coherent editorial format.’

By spotlighting younger brands that would typically be considered its competition, Gucci is showing how prestigious fashion houses can embrace collaboration as part of a symbiotic luxury strategy.

To maintain relevance among younger audiences, luxury labels must unshackle themselves from the conventions of upholding a heritage status. Take inspiration from Gucci and seek out unexpected collaborations that defy industry norms 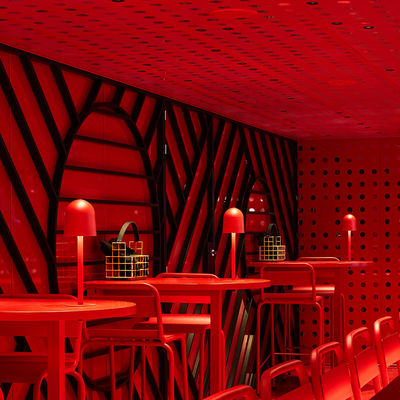 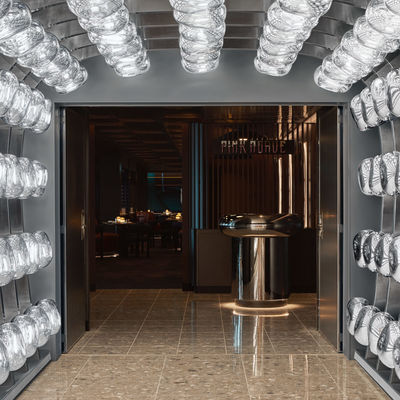 US – Multinational organisation Virgin is expanding its tourism portfolio with the launch of a youth-focused cruise ship, Scarlet Lady. Arriving as part of its Virgin Voyages cruise line, the adults-only experience reframes conventional associations with cruise ships, to instead offer alternative entertainment, an on-board tattoo parlour, boutique-sized restaurants and drag shows. It also places a focus on sustainability by converting heat waste into electricity and shunning single-use plastics.

Operating in an industry associated with Baby Boomers, Virgin is tapping into the passions of young people in order to design an experience that future-proofs the cruise tourism sector. ‘Before I started Virgin Atlantic, I didn't fancy flying on other people's airlines because they were stuffy, not fun,’ explains Richard Branson, founder of Virgin. ‘That's the perfect time to go into business and [ask] could we create the kind of cruise company that myself, my family and friends would love to go on?’

The experience reflects a desire for Togetherness Travel, as next-gen cruise ships can provide an environment for connecting friends and families after prolonged time spent apart.

Travel providers should reflect on the demographics they’ve historically targeted and consider how they can reach emerging generations. Take cues from Virgin and prioritise elements like sustainability and unexpected entertainment options

UK – The online architecture and design magazine is taking steps to becoming more environmentally friendly with a series of coding updates to its website. These changes, which were verified by eco-conscious website service EcoPing, represent a carbon emission reduction of 66%.

This update follows a blog post by Dryden Williams, founder of EcoPing, which called out the shocking planetary impact of Dezeen’s website. ‘Dezeen produces 10 times the average emissions from comparable sites,’ wrote Williams. ‘That adds up to 2.1bn grammes of CO2 per year. You would need a forest with 96,600 mature trees to sequester this much CO2.’ By revealing these findings and making positive steps, Dezeen sets an example to other organisations in the importance of being transparent with audiences.

Through this approach, Dezeen also showcases how a design-driven media brand can create a Low-impact Interface to offer a greener and more energy-efficient service. 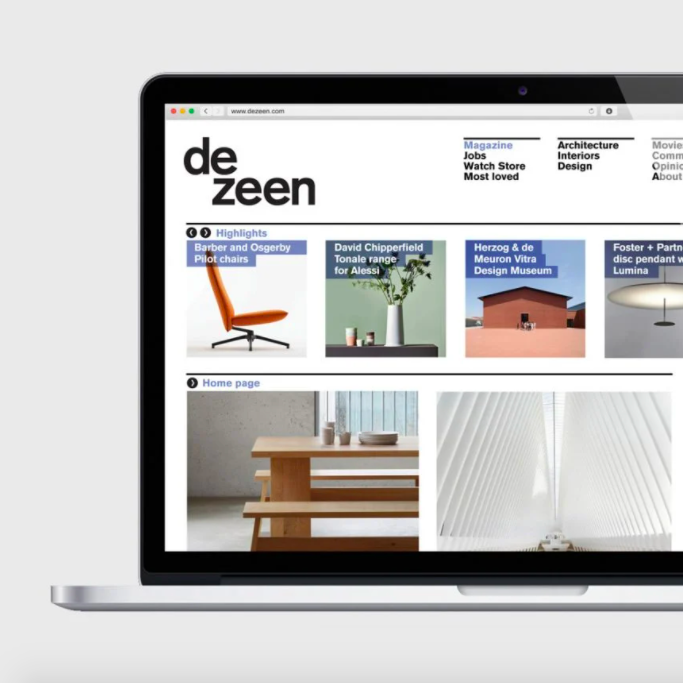 Across sectors, brands and organisations designing more eco-conscious websites should consider working with companies like EcoPing to track, monitor and lessen their carbon emissions 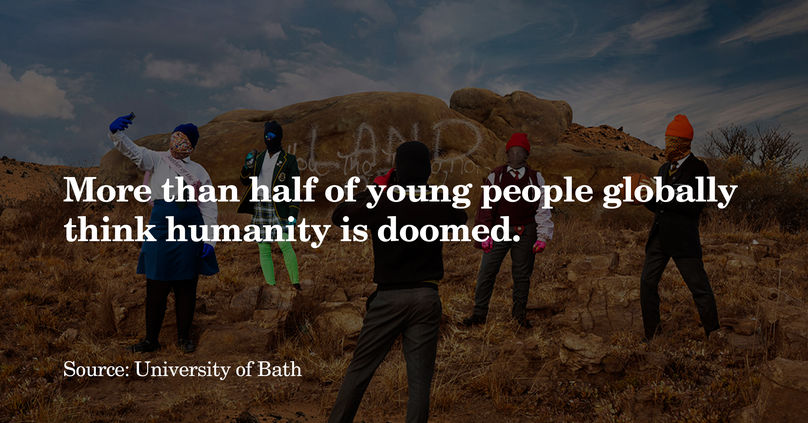 Young people across the world are displaying growing levels of climate anxiety, with many feeling that their governments aren’t doing enough to protect the planet. Indeed, in a global study of 10,000 people aged 16–25, conducted by the University of Bath, more than half think that humanity is doomed.

Meanwhile, three-quarters of those surveyed said that the future is frightening. Worryingly, this sense of anxiety is further being fuelled by the sense of dismissal from those in positions of power. Among the 81% of respondents who said they talked to people about their concerns, nearly half said they were ignored or dismissed. ‘This study paints a horrific picture of widespread climate anxiety in our children and young people,’ said Caroline Hickman, a researcher at the University of Bath.

These findings show how eco-anxiety in young people is being fuelled by governments’ inability to implement policy, as well as by peers' failing to empathise with these deep-rooted emotions. To discover how sustainable action can also address emotional concerns, delve into our interview with ethical consultancy CogDis.

When addressing environmental issues with young audiences, be sure to prioritise emotional concerns through your communications. Rather than preaching, create spaces for their beliefs to be heard and understood

Fashion : Advertising & Branding : Luxury
Load More
You have 2 free News articles remaining. Sign up to LS:N Global to get unlimited access to all articles.
Discover Our Memberships Sign in