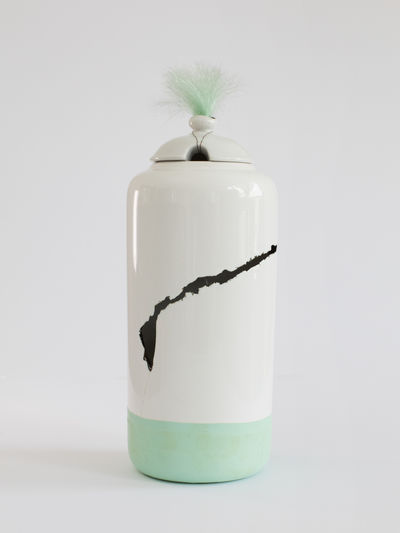 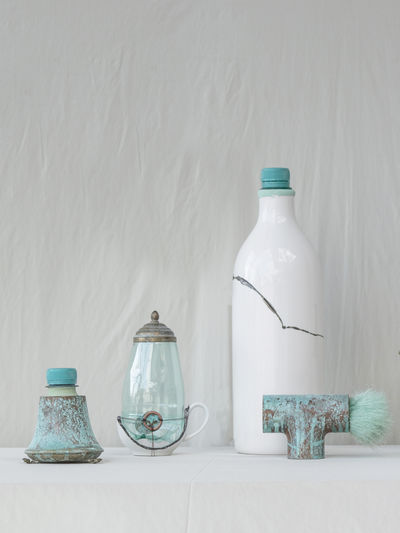 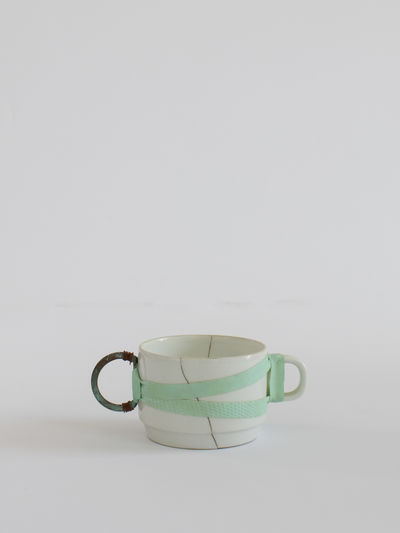 Agassi’s project highlights the difference between the traditional perception of certain colours such as turquoise and purple and the values people associate with them in today’s consumerist society.

The first chapter of her research, Royal Green-Blue, examines how the shade once associated with royalty and nobility has become synonymous with cheap and disposable products such as medical utensils and dusters. The designer highlights how the perception of value is inextricably linked to the production process, and shows how, in an age in which every shade can be artificially manufactured, we have lost the cultural context of colour.

As a visual representation of the issue, Agassi created a collection of ceramics featuring oxidised copper details and contemporary found objects that matched the colour. ‘I wanted to reclaim the colour’s archaic status in new objects, now precious for their ‘designed’ status rather than their arduous production,’ explains the designer.

Designers continue to transform conventional aesthetics and propose new interpretations of historical value. For more on the changing notions of traditional craft and heritage, read our Anti-authenticity Marketing macrotrend.