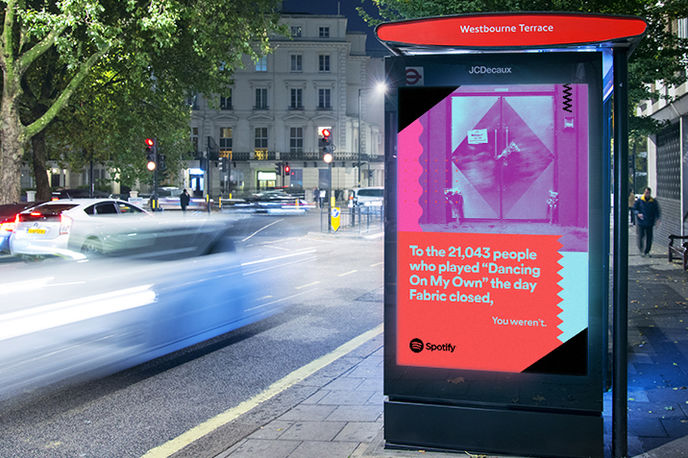 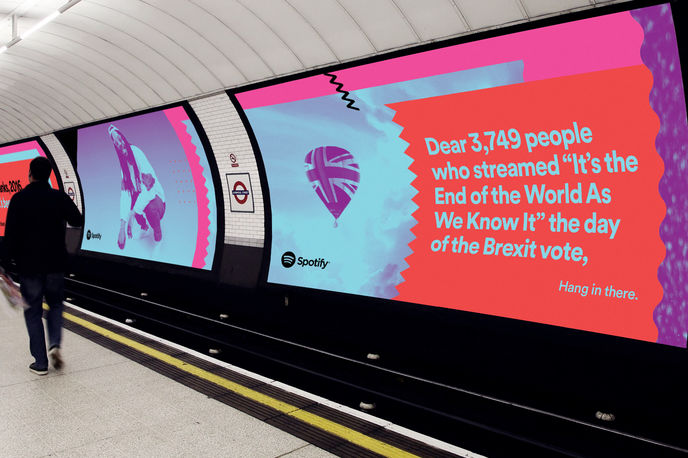 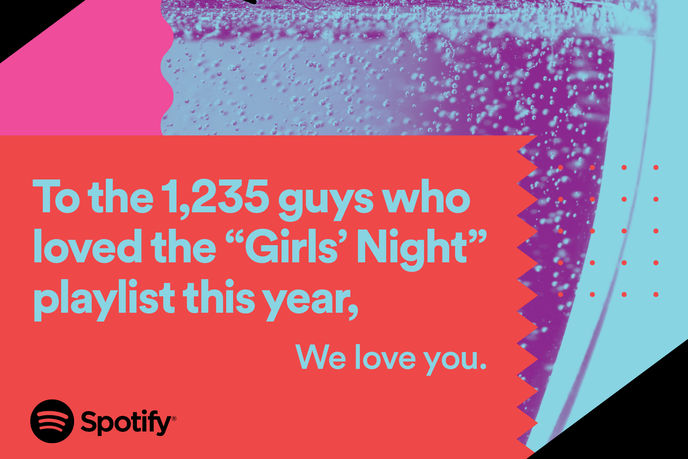 Global – Spotify is seeing out 2016 with a data-driven campaign that references its subscribers’ listening habits.

The project uses insights from Spotify’s regional teams around the world to analyse how users responded to cultural and political events on the platform, and highlight specific users’ eccentric listening habits.

A light-hearted initiative in the UK reads: ‘Dear 3,749 people who streamed ‘It’s the End of the World as We Know It’ the day of the Brexit Vote. Hang in There,’ while a billboard in the US states: ‘Dear person who made a playlist called ‘One Night Stand With Jeb Bush Like He’s a Bond Girl in a European Casino’. We have so many questions.’

The project is reminiscent of the brand’s 2015 Year in Music campaign, which enabled users to examine their listening habits in detail, including how much revenue they generated for artists and the amount of time they spent using the platform.

The discussion around how to capture and use big data is being driven by brands that approach the topic creatively and in a tongue-in-cheek manner. To find out more, read our Data Designers microtrend.

Youth : Workplace : Covid-19
Load More
You have 2 free News articles remaining. Sign up to one of our membership packages from just £100 a month.
View Subscription Offers Sign in