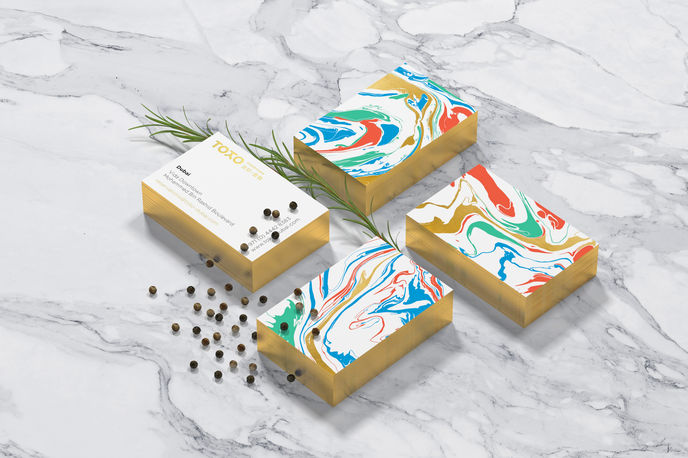 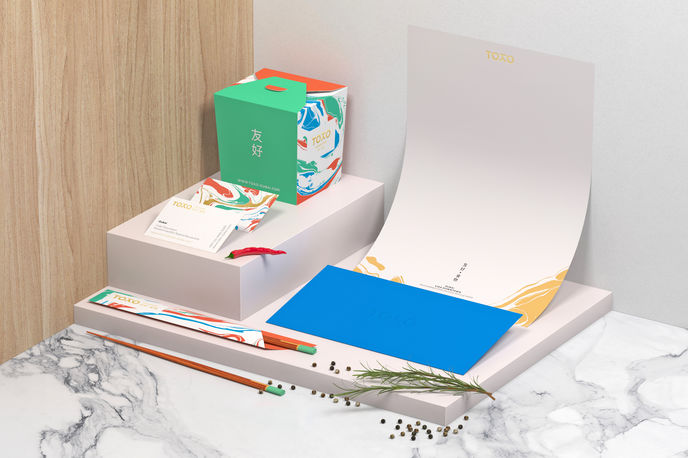 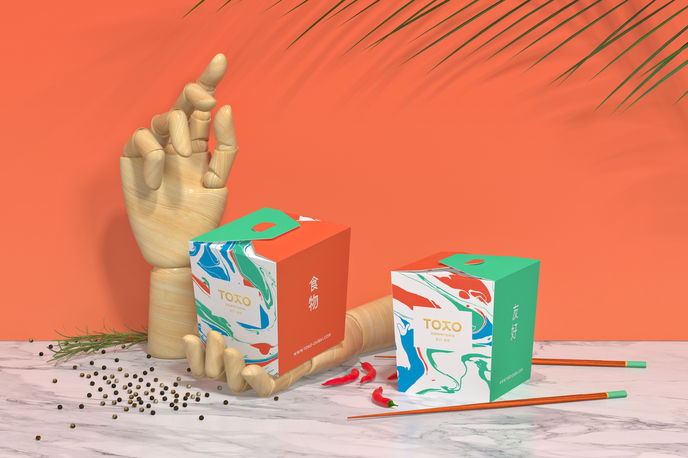 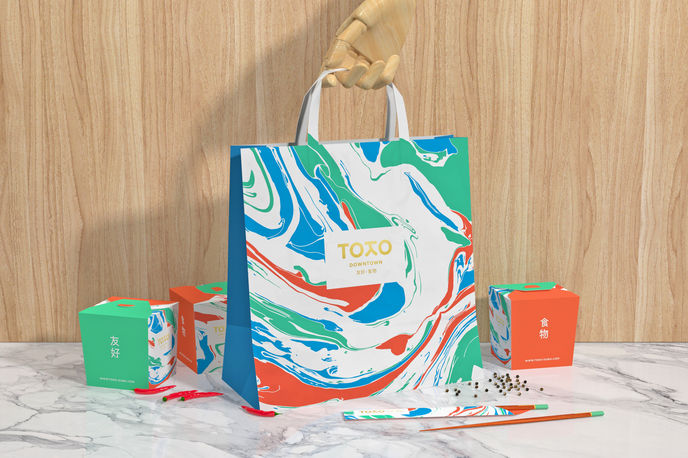 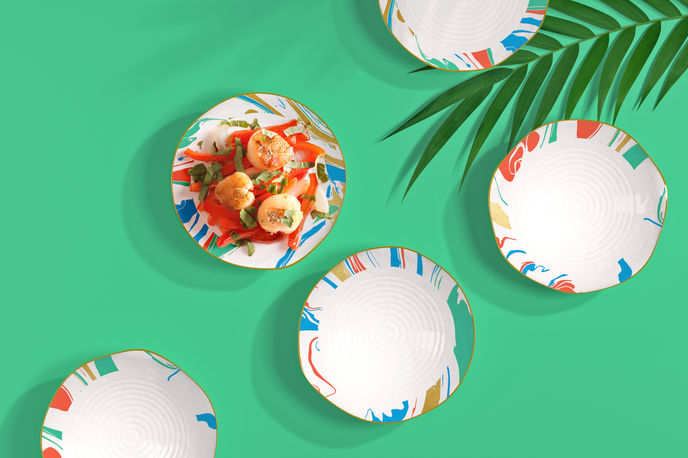 When designing for Downtown Toko, which has a restaurant at the Vida Downtown hotel as well as an express branch, BrightHead Studio was keen to avoid the often subdued aesthetic used in Japanese eateries. ‘Most Japanese-style restaurants look too restrained,’ explains Michael Chereda, BrightHead Studio’s founder and art director. ‘We tried to do something cardinally different... with more bright colours and unusual patterns.’

Inspired by traditional Japanese marbling techniques, a series of abstract swirling patterns form the basis of the visual identity and a bold colour palette, accentuated with a gold-embossed font, creates a contemporary and luxurious aesthetic. A surprise has been added, through the use of glow-in-the-dark imagery which is revealed when packaging from Toko Downtown Express is viewed at night.

The branding, which is used across cardboard food packaging, custom-made crockery and business cards, has been designed to be culturally appropriate in any country. ‘We experimented and tried to make the identity versatile enough to be used anywhere on the planet,' says Chereda.

Other hospitality brands such as Kimski and Shuang Shuang are circumnavigating traditional cultural tropes to appeal to transnational consumers. For more information read our New Bricolage Living macrotrend.